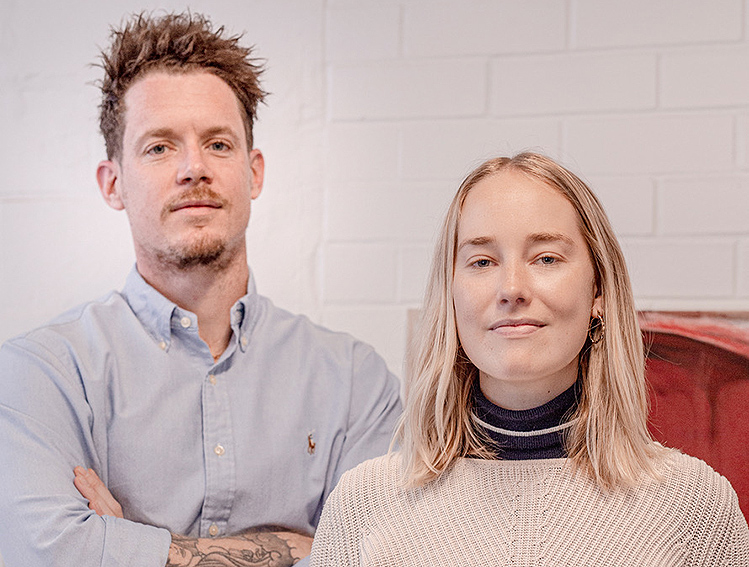 Block Branding has bolstered their creative leadership team with Jack McAuliffe joining as Senior Creative. McAuliffe joins Gabi Fountain to lead the agency’s creative duties under Creative Director Mark Braddock. He is joined at Block by Johanna Borger, who has moved into a full-time position.

McAuliffe (pictured left) brings a broad range of brand experience to the position having spent time in Amsterdam as a designer at dentsuACHTUNG and Studio Kraftwerk on such accounts as Porsche, Vodafone and Philips. In 2020 he returned home to take up a position at Braincells where he worked on Gage Roads and Horizon, amongst others.

His art direction and design skills across digital, advertising, branding and motion, makes him the perfect addition to Block’s multi-disciplinary creative team.

Borger (pictured right) is a consummate wordsmith who’s worked for the likes of L’Oreal, Sony and Ferrero Rocher during a spell in London. Most recently, she was part of TPG Telecom’s internal creative team crafting campaigns and content for their portfolio of national brands, including Vodafone and iiNet. Borger rounds out Block’s verbal branding and advertising offerings.

“As a truly integrated agency, finding creative talent with cross-disciplinary skills is a must and in Jack and Jo we’ve found a couple of incredible creatives who complement and enhance our team,” said Braddock, “We’re coming off a massively successful 18 months and it feels like, with our present team firing on all cylinders, we’re poised to take it even further in the coming year. With projects coming out of the east coast and the states, in addition to the heady mix of startups and established Western Australian businesses we are working with, I’m keen to see what the team produces in our 21st year.”

Following the huge success of the ongoing Dinosaurs of Patagonia campaign for WA Museum, Block is presently developing work for clients such as Main Roads Western Australia, City of Perth and Quintis as well as preparing for new brand launches for clients across the media, finance, arts, property, fmcg, beauty and retail sectors.