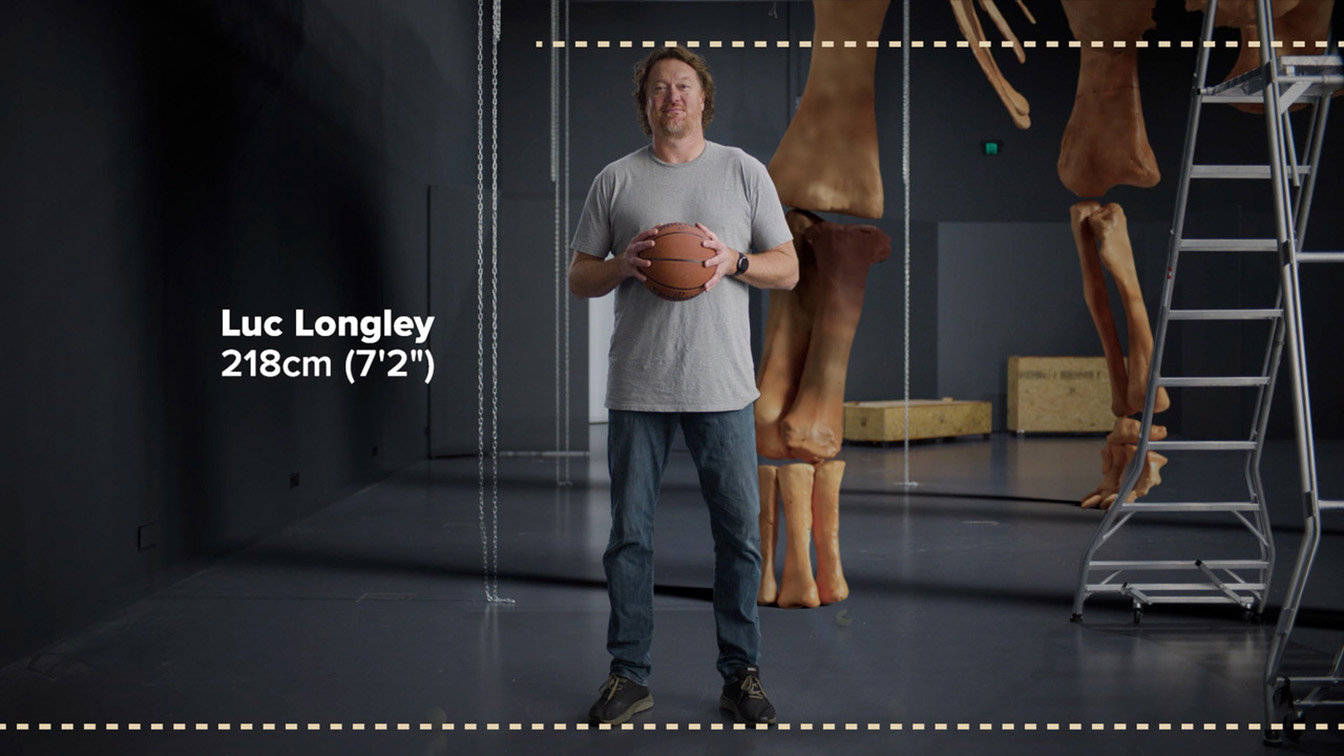 Block has launched an integrated campaign for the world premiere of the travelling exhibition Dinosaurs of Patagonia. The exhibition will run from July to October at WA Museum Boola Bardip.

The campaign brings the size of the exhibition to life. Literally. Visitors to the museum will have the opportunity to experience first-hand the immense size of some of the largest creatures to ever roam the earth, with sixteen full-scale cast dinosaur skeletons on display. The largest of them all is Patagotitan, measuring an unbelievable 38m in length.

“Simply put, the exhibition is huge: huge in every way. And Patagotitan is the exemplar of that,” explains Block Creative Director Mark Braddock, “The initial thought was simple: to give the audience a sense of scale, let’s compare it to big local things we are all familiar with. That led us to the biggest West Australian we could think of, 7’2” basketball legend Luc Longley. But what’s even bigger than a single, very big Longley? A whole family of very, very big Longleys.”

Measuring in at 7’2”, former Chicago Bull Luc Longley is the tallest of the three Longley brothers, though at 6’10” and 6’8” respectively, Sam and Griff aren’t too far off the mark.

“Obviously, having the idea is the easy part, but we thought the chances of getting one, let alone all three of the brothers to do it, was a pipedream,” continued Braddock, “But in typical one-degree-of-Perth-separation fashion, I had been school friends with Griff as a teenager so thought it was worth a shot to reach out to him. And unbelievably, through the brothers’ generosity, it was able to happen.” 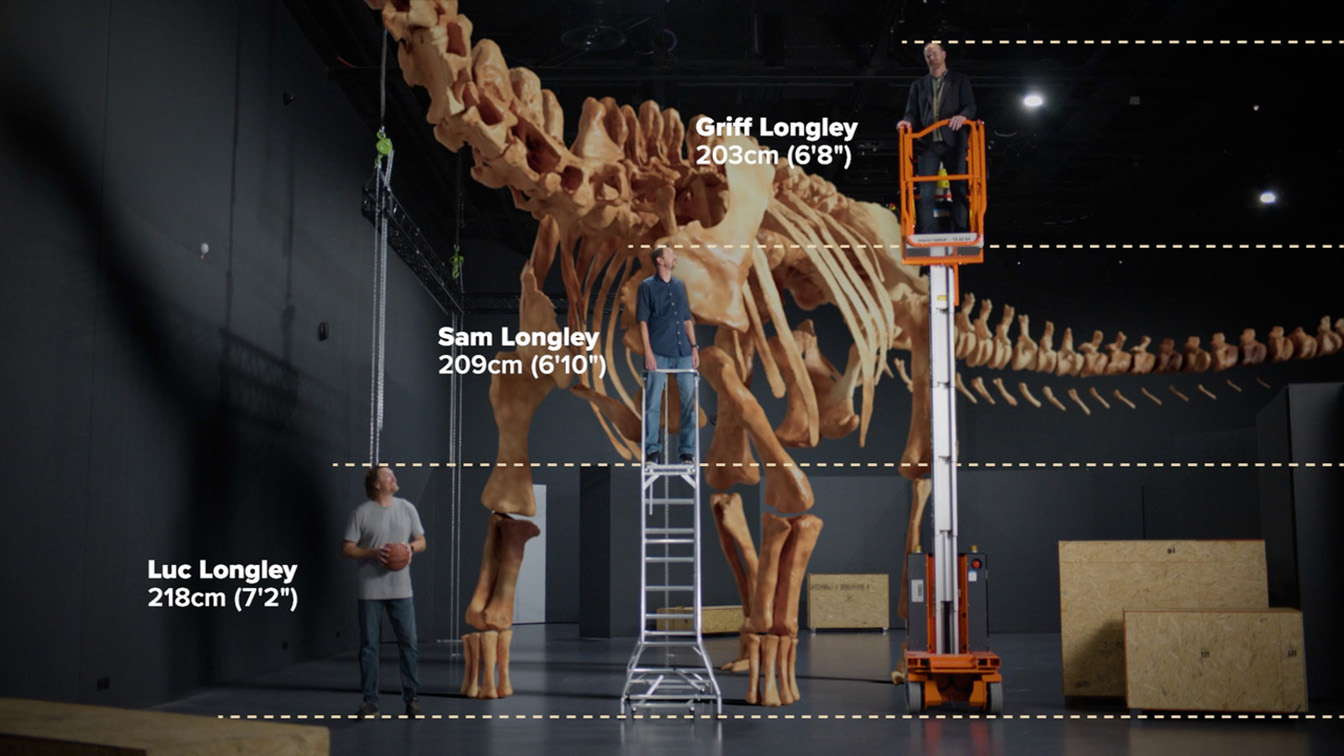 There was one slight catch, the siblings only had a four-hour window where they could all be in the same place at the same time in Perth. A gargantuan effort by production company Beautiful Pictures and the Office of John Cheese saw the shoot put together in a matter of days.

The size comparison concept also lent itself perfectly to out-of-home executions such as bus sides.

“When we read that the Patagonian was about three times the length of a bus, we realised that one bus side was just not going to be enough,” said Braddock.

Working with JCDecaux, Block secured three sides and reproduced the skeleton at actual size, stretching across all three.

“Individually the buses are impressive displays of Patagotitan’s enormity, but when the Museum brings them together for activations, it just blows people’s minds. While our priority was to drive ticket sales for the exhibition, we were also aware of the Museum’s mission and so wanted to use every execution as an opportunity to thrill and educate the widest possible audience. We thought of the campaign as an extension and outreach of the exhibition itself.”

This approach will continue as the campaign rolls out across radio, billboards, digital and press over the coming months.

This is the second project Block has delivered for the WA Museum this year, with the first – a web portal for regional collections called WAnderland – going live at the end of June after 18 months of development (and many, many kilometres travelled). The Dinosaurs of Patagonia campaign follows the very successful relaunch of Karrinyup, the rebrand of the City of Perth in partnership with Nani Creative and Block’s recognition as Runner Up for Agency of the Year 2021 at the recent Campaign Brief Awards.

Natalie Jenkins, CEO of Block, said: “We’re thrilled to have partnered with the WA Museum for a second time to deliver a creative and thoroughly memorable campaign for the global launch of Dinosaurs of Patagonia. Like the Patagotitan, Perth’s independent agencies are a force to be awed and we thank the client and all our collaborators who helped bring this idea to life.” 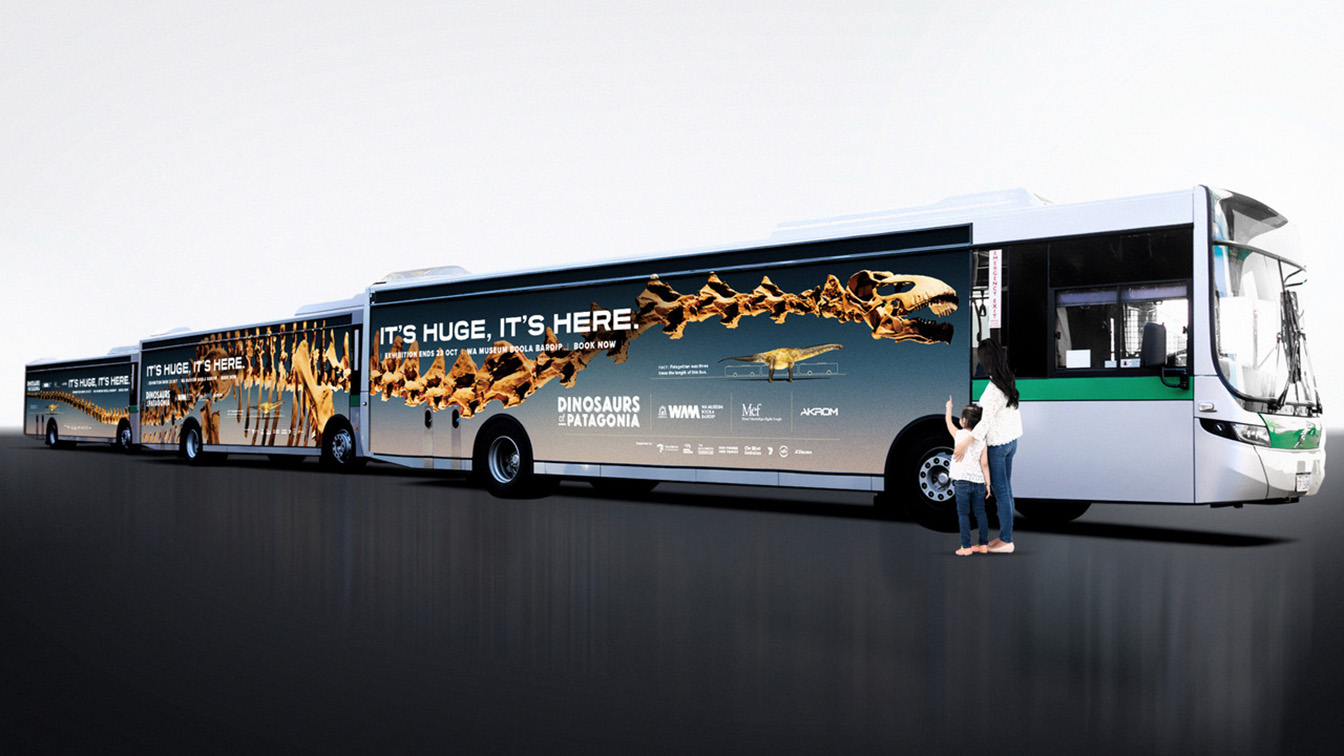 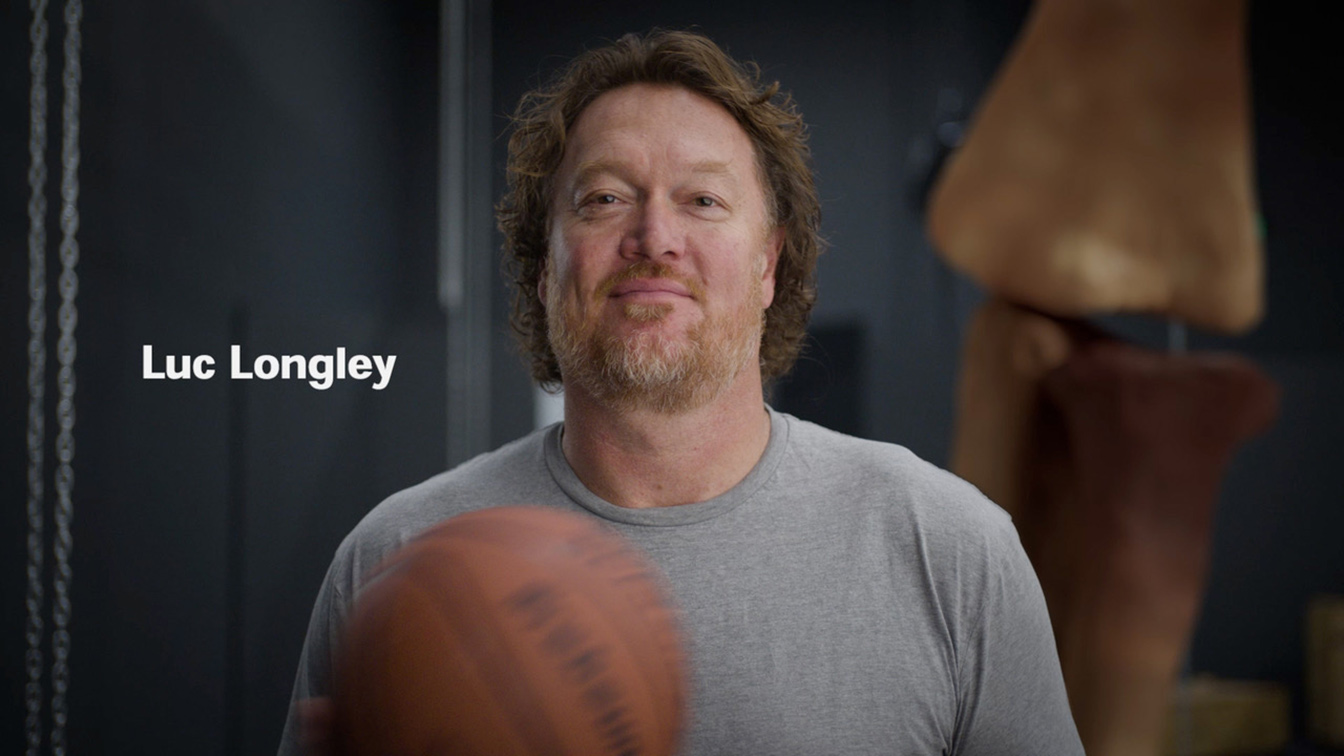 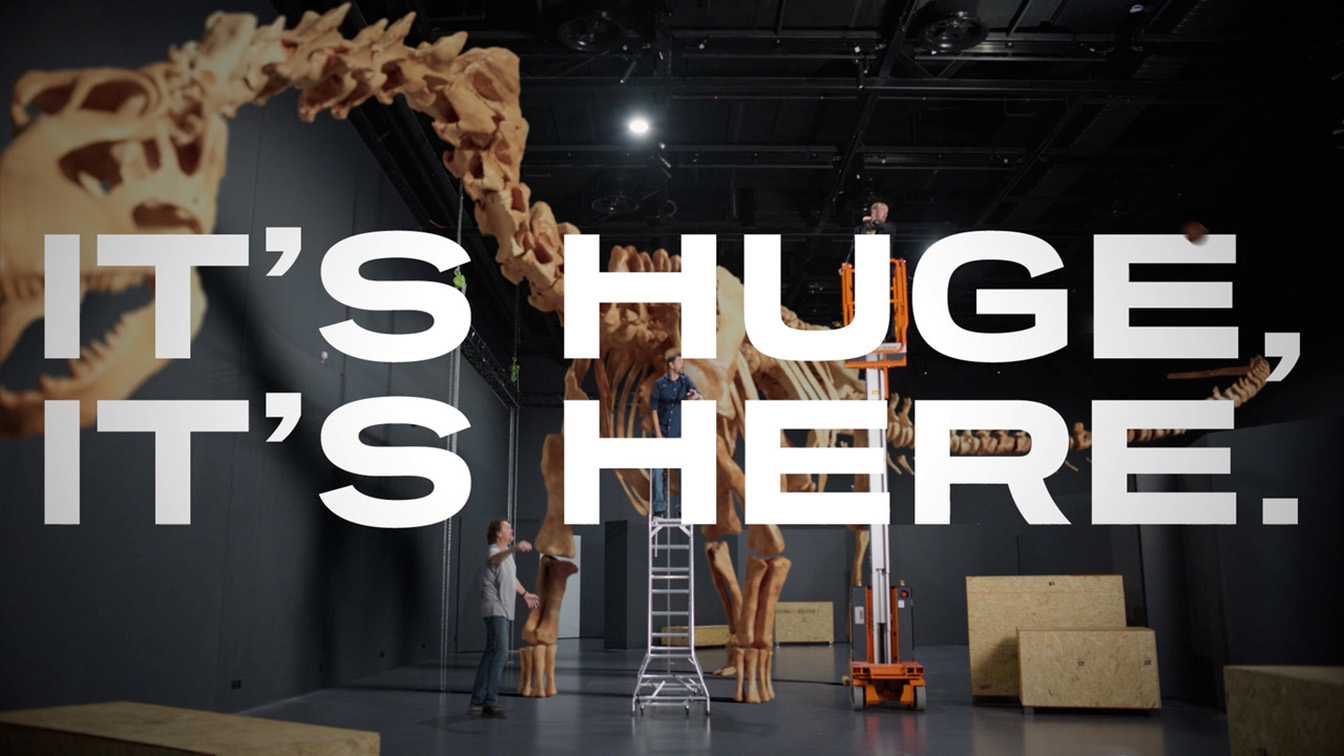