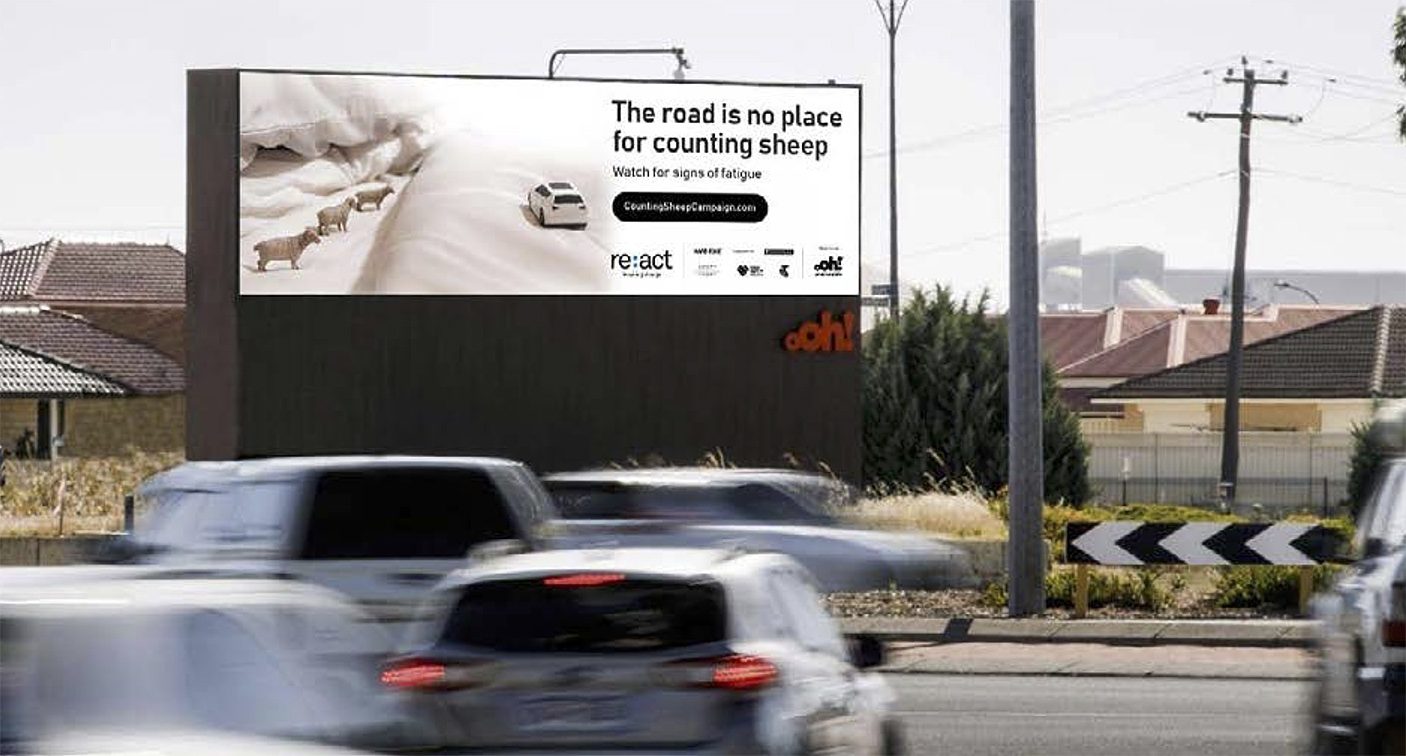 The campaigns are featuring across digital assets in metropolitan and regional Victoria, New South Wales, Queensland and Western Australia. Running for the next two weeks on roadside billboards, retail, campus and venue assets as well as online, the campaigns were devised by university design communication and advertising students as part of the Re:act road safety behaviour change program. 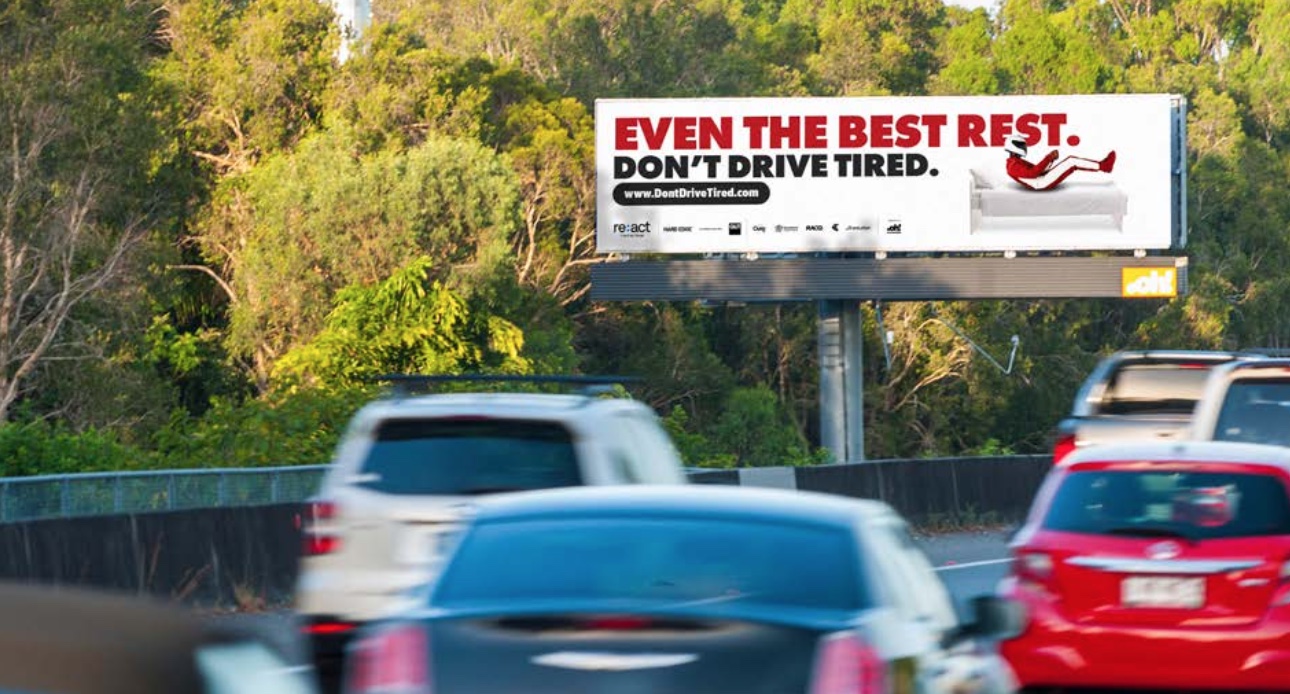 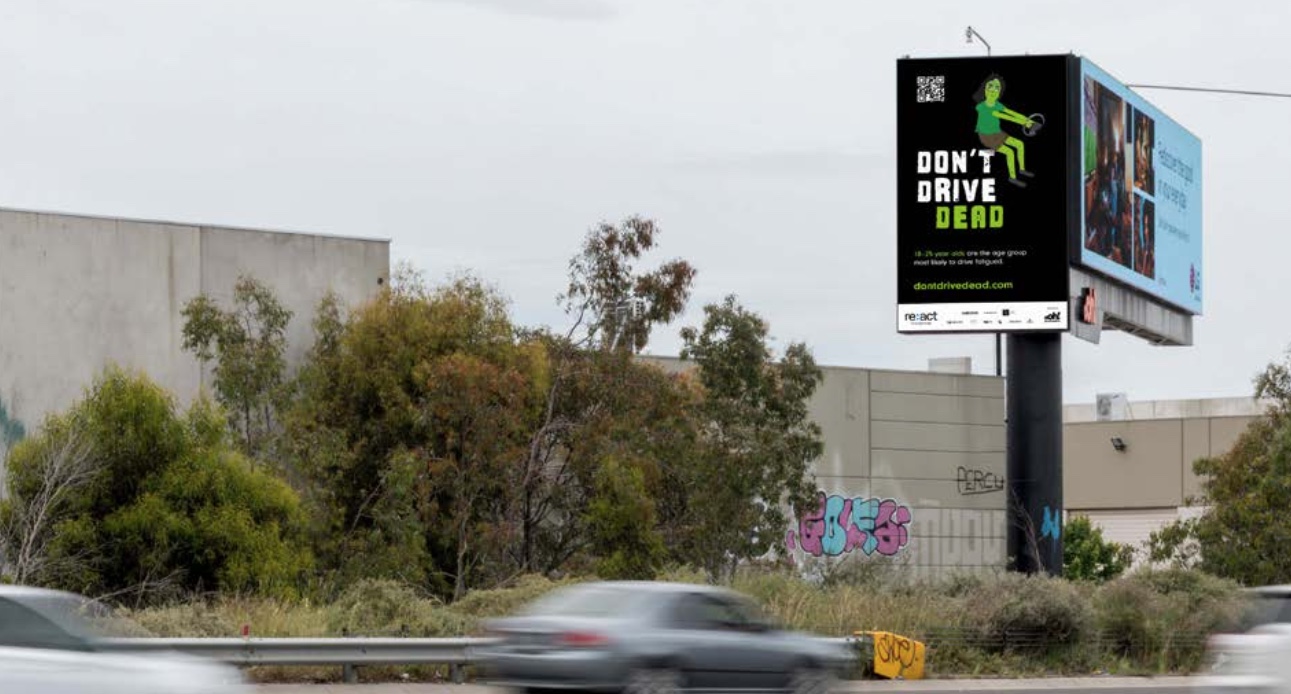 The program also ran in the TAFE sector this year at Holmesglen TAFE in Melbourne, TAFE NSW Design Centre Enmore, Queensland TAFE on the Gold Coast, and North Metropolitan TAFE in Perth.

Says Andrew Hardwick, founder, Re:act: “It’s fantastic that after a challenging year for all we can launch the selected student campaigns nationally today, especially as we go into such a high-risk time of year on our roads.

“The support from all Re:act partners this year has been unwavering. The support and commitment oOh!media has shown, not only to the Re:act program but also all road users by running the campaigns in their peak time of year after coming out of lockdown, is particularly amazing.

“These kind of road safety partnerships, which bring government and industry together with young road users,are critical in engaging young target audiences with road safety and reducing road trauma.” 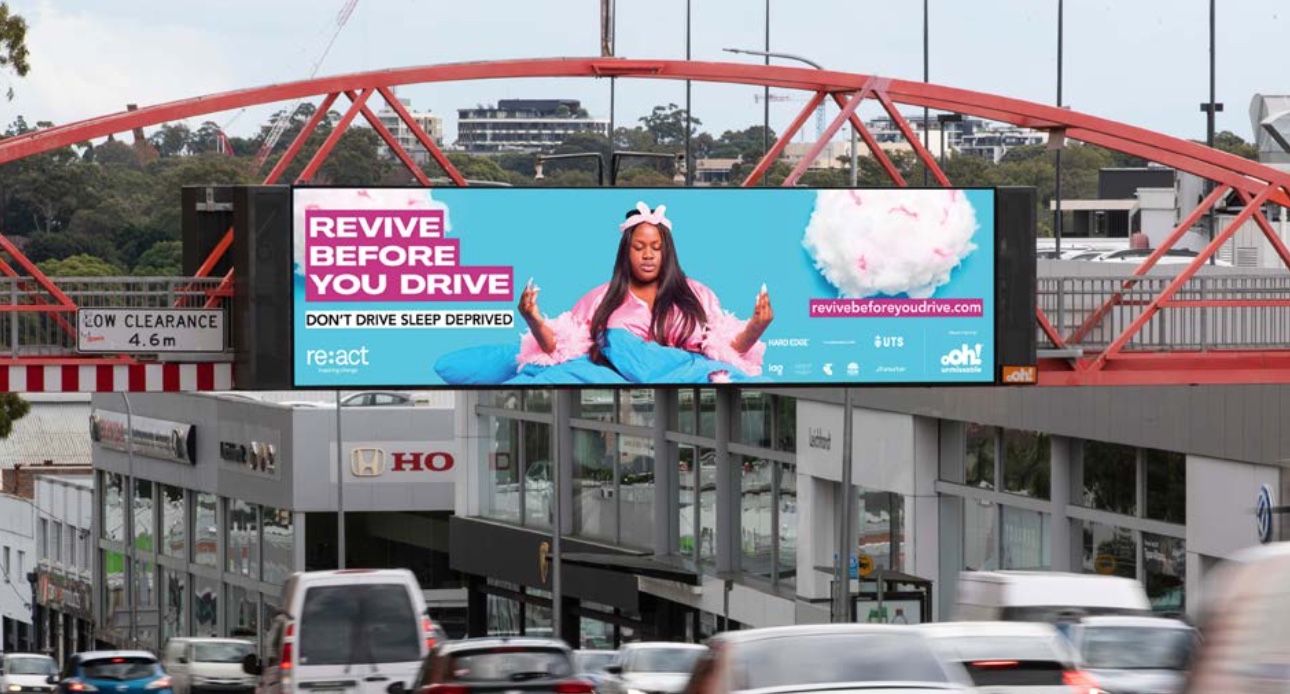 Says Noel Cook, chief commercial and operations officer, oOh!media: “With domestic travel back in full swing and Aussies predicted to be on our roads in record numbers this Summer, our ongoing partnership with Re:act is vital.

“Ensuring road safety messages are cutting through with our most vulnerable audience group, younger drivers, the students have done an exceptional job creating a targeted campaign that highlights the dangers of fatigue.

“oOh! is proud to support these campaigns across our network to keep everyone safe on our roads, especially in the lead up to Christmas.”

The ‘Revive Before You Drive’ campaign was created by University of Technology Sydney student Matilda Martin.