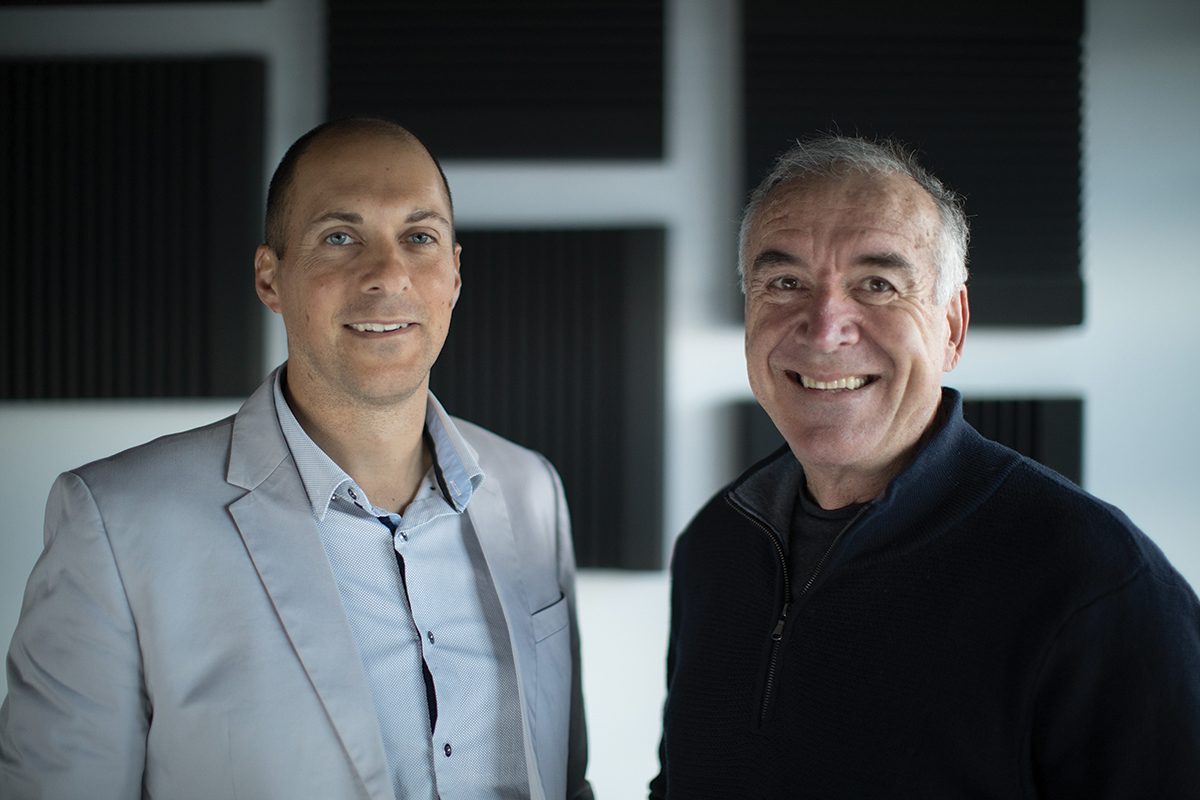 Troy Zafer (left) , founding partner of ZAC Creative and Ross Tinney, director at RT Films have been busy in their own niche markets for many years.

Zafer has been working with Nick Kempt to produce high-end animated TVCs, long form TV content (ABC, SBS) and online corporate videos, while Tinney’s work has been constant as a freelance director for TVCs in Perth and South East Asia, along with directing, shooting and editing online content.

Now , with an impressive, expanding TVC reel as a producer and director team, Zafer and Tinney have consolidated their partnership. And if the past eighteen months are any indication, many clients are keen to tap into their extensive combined experience.

Business has been hectic. Five campaigns in the past 10 months, in collaboration with freelance creative consultant Andrew Tinning, for Melbourne-based Simonds Homes has been the springboard for the duo into the live action TVC arena.

“The first launch campaign we shot in Melbourne with a huge crew; 100 extras and raw presenter talent in the company CEO,” said Zafer. “The next three were shot in Perth and posted locally, and went to air in Victoria, New South Wales, South Australia and Queensland – one with special effects, another a choreographed dance spot and another incorporating a heavy graphics component. All were made using local talent and all with additional social media content. ”

Zafer and Tinney have recently finished filming the fifth campaign in Melbourne, which features two Australian sporting legends, and are in pre-production for the sixth. The duo have also recently produced two TVCs for Impressions Homes via agency Workhouse Advertising.

“Two commercials in a day, with two six year-old talent was a challenge”, said Tinney. “But I can say our joint experience, along with a great agency, client and crew, was the catalyst for a wonderful result.”

Tinney said working on projects they are both passionate about has also been a boon.

“We produced a series of inspirational films for Generation One, part of Andrew Forrest’s Minderoo Foundation, travelling the country interviewing young indigenous workers, all focussed on making a difference to their lives and being a beacon to others.”

Other recent work has included Western Force, HHG, Trinity College, and Landcorp via The Brand Agency.

“As with all relationships, you start with respect and I have an enormous dose of that for Troy,” said Tinney. “He’s sharp, proactive and a great communicator, and the experience he has gathered working with major global brands around the world means he acutely understands marketing strategies. Most importantly he’s a team player; there is no ego.”

“We also have a similar vision, surrounding ourselves with the best talent our budget can buy and to put all available funds back onto the screen.”

The respect is mutual.

“Having directed hundreds of projects, Ross brings enormous experience in creative storytelling, problem solving and talent direction, which ensures each shoot runs smoothly and the client is happy with the final production,” said Zafer. “Ross is an under-utilised director in Perth, whose experience should be called upon more by local agencies for their clients’ benefit.”

The two are also keen to develop long form projects and are currently working up a TV drama series and a feature length project, both ideas penned by Tinney. Zafer is also collaborating with well-known creative director Andrew Tinning on a feature length film.

TVCs and online content is where Zafer and Tinney want to continue to make a mark in Perth, and they are keen to offer their experience and professionalism to the market.

“We are both very passionate about the craft of film-making and working with clients to achieve their creative and business objectives.”

Zafer and Tinney can be contacted via t.zafer@zaccreative.com or call 0415 499 745. And check out their impressive reels at www.zaccreative.com and www.rosstinney.com. 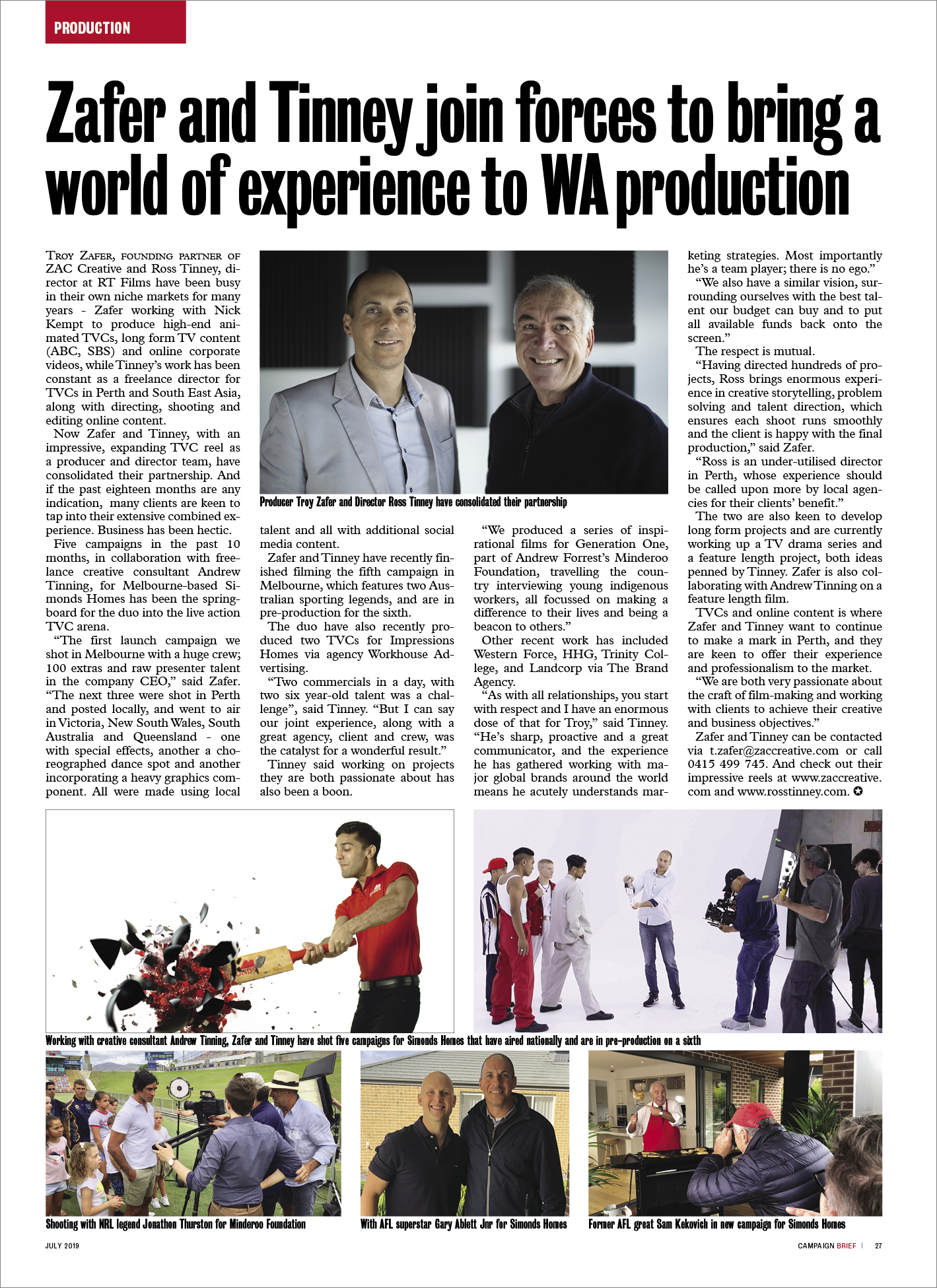