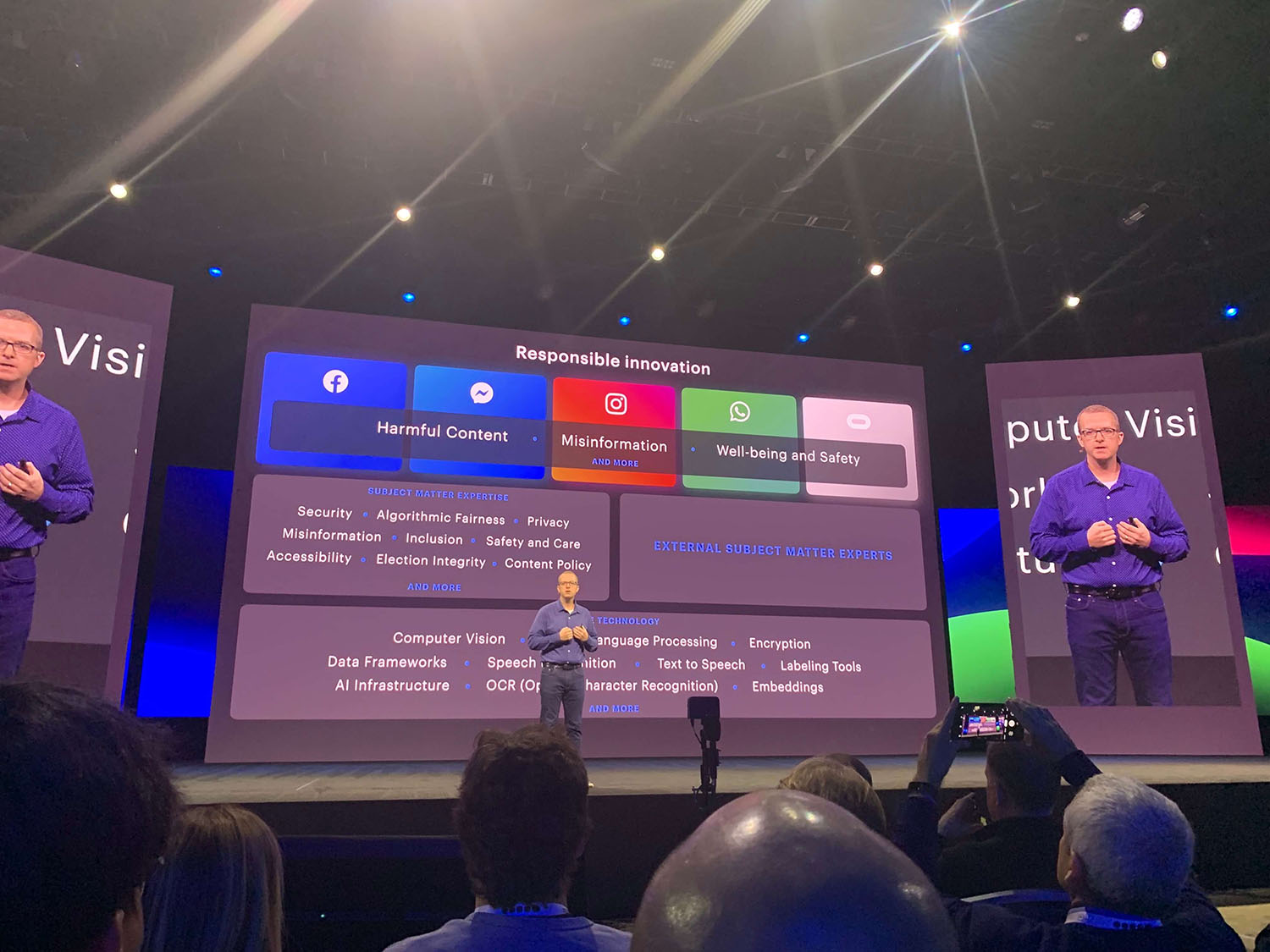 Day one of F8 was all about privacy across Facebook’s four main products with relatively little substance. On day two they revealed how they were actually going to do it, or at least how they are hoping they’re going to do it. To be honest they’ve got some pretty clever ideas for how to tackle bad actors on the platforms. …but by their own admission they’re never going to be able to fix it all and their ideas are still ideas.

The day two keynote kicked off with Facebook CTO Mike Schoepfer amusingly comparing a series of different ads for marijuana products to show how difficult it is to spot bad actors.

The first ad was simple and obvious, the text had the keywords so they delete that. The second had a photo of the product, so again, that’s easy, delete!

Where it got interesting was around product packaging and photos of rice crispies. Here he took an audience poll of whether it should be deleted or not and the audience came to a resounding “not sure” conclusion. He revealed that the AI recognised this to 88% accuracy that it should be removed. The problem though is still apparent; 12% of the time it’s not sure, and when there are over 1 billion posts a day removed, 12% is still a lot to miss.

The gist is they’re working on getting that 12% number down.

Throughout the day there were several talks on how to add safety features to your own work to prevent bad actors from causing chaos. Here Facebook shared their learnings including UI and UX details that allow users to more clearly understand ways they can report bad actors. On the Oculus, for example, Facebook has launched a minimum distance feature that prevents other avatars from invading your personal space in open world multi-player games, as well as an amusing double thumbs down action to block or mute another player that may be harassing you. On the Oculus front I had the opportunity to try the new Oculus Rift S. An impressive demo that no longer requires external sensors. The major benefit here being that in the headset you get a warning if you’re too close to any real-world objects.

The conference wrapped up with a pretty chill after-party that featured T-shirt screen printing and Tarot card readings. Talking to other attendees, most felt like Facebook was doing enough to stem the tide of bad action, election meddling and privacy issues, but from speaking to several Facebook employees on the floor, it all seems to be a work in progress.

With another US election coming up, only time will tell. 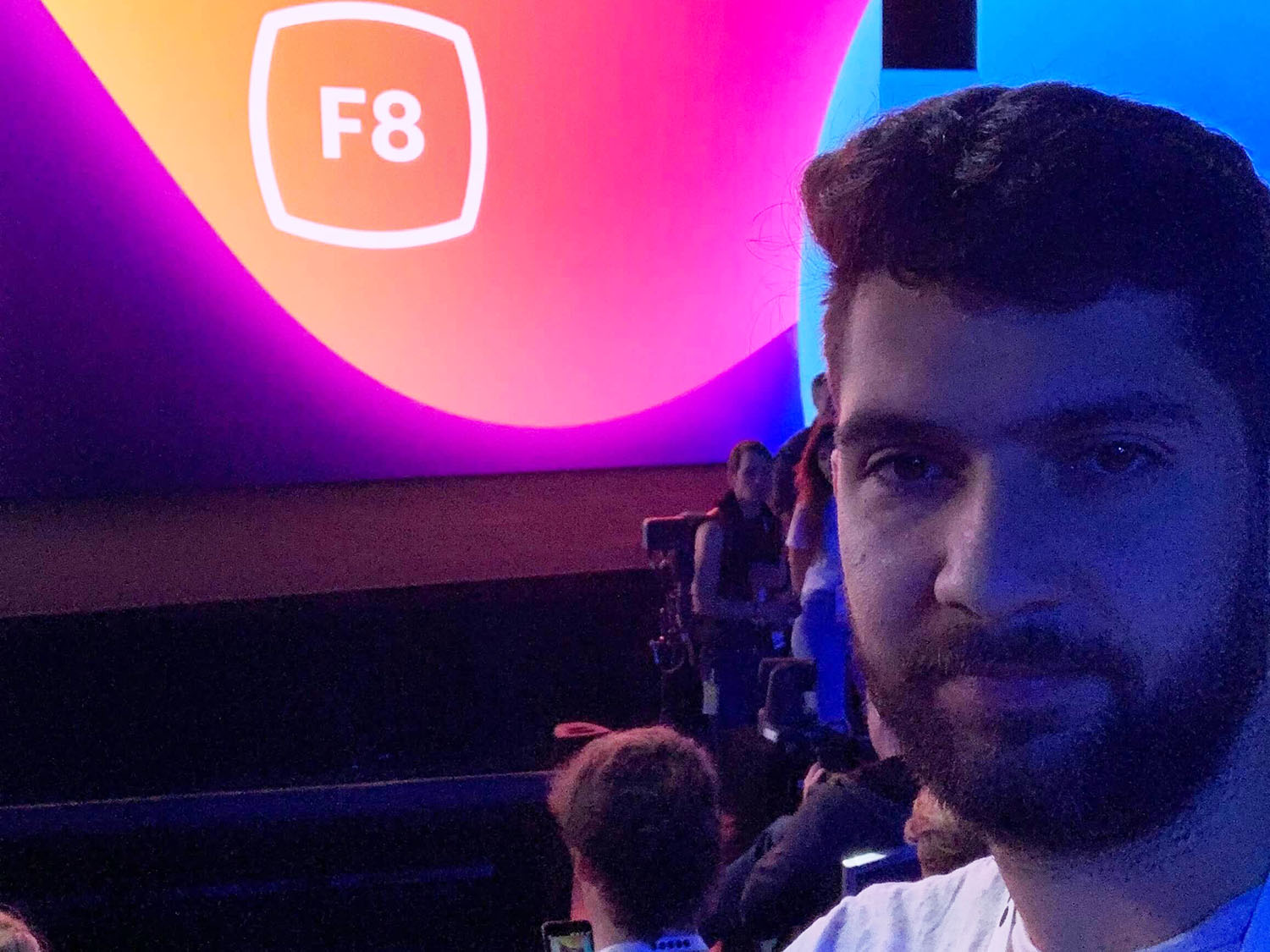 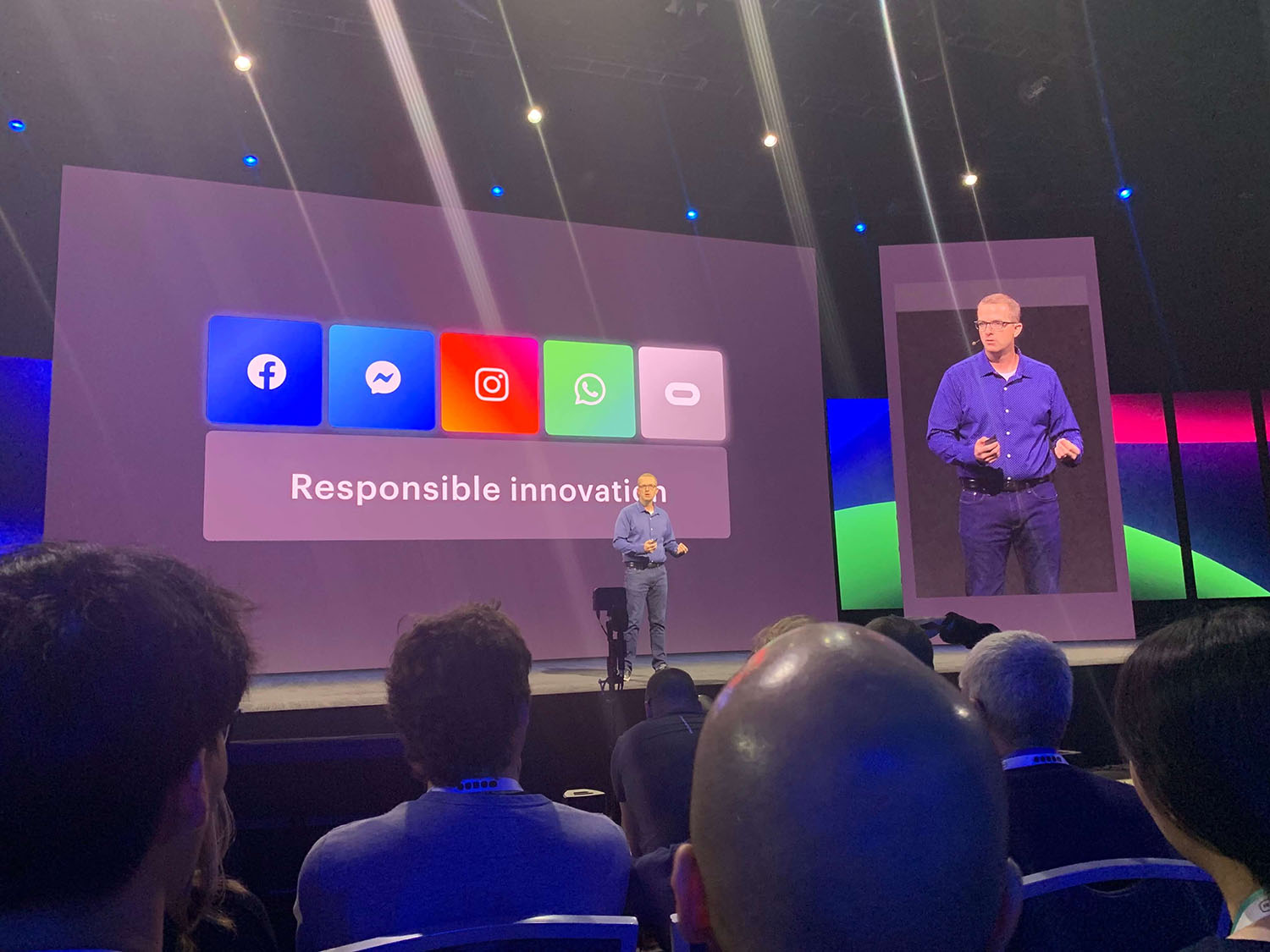 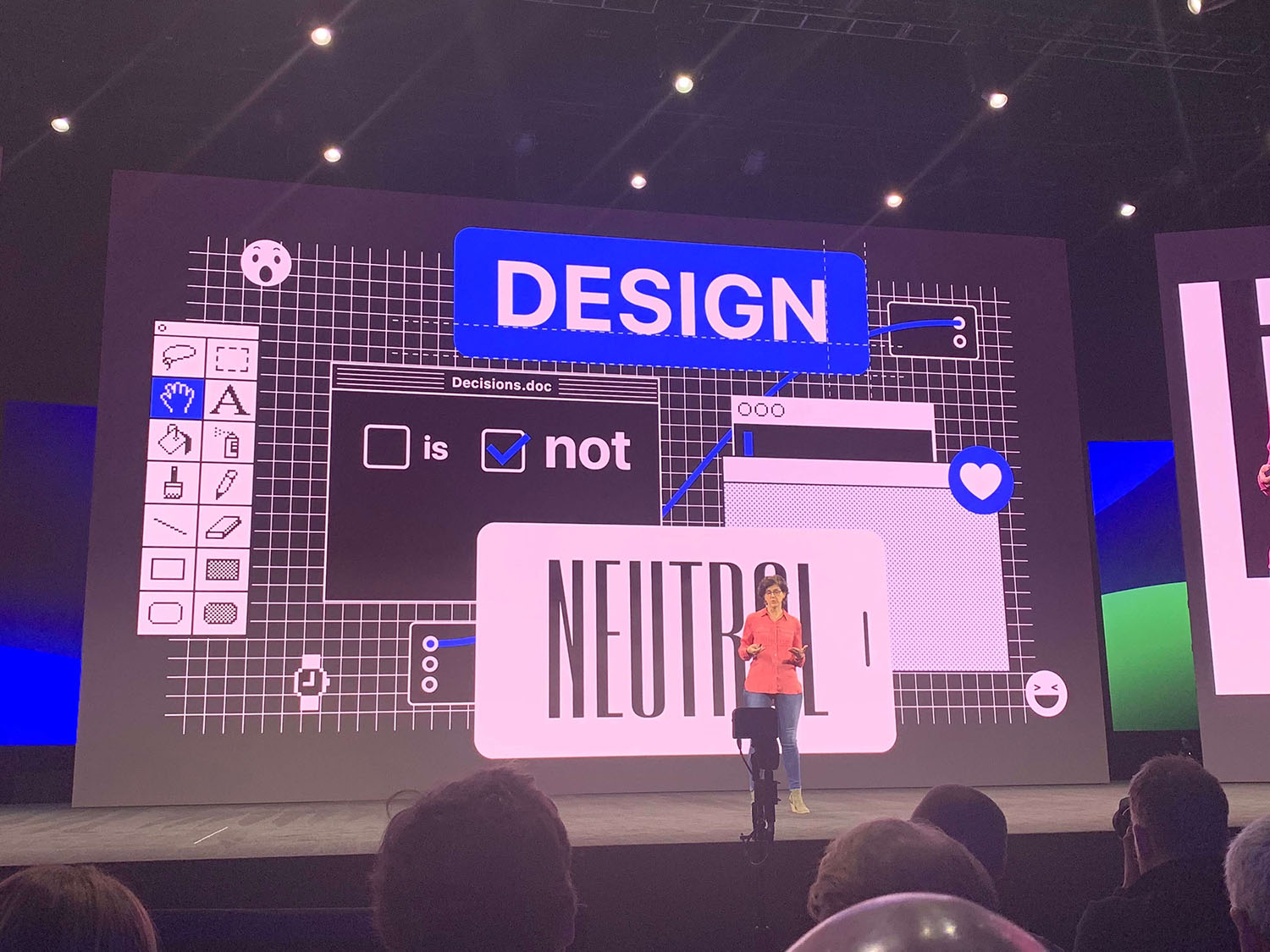 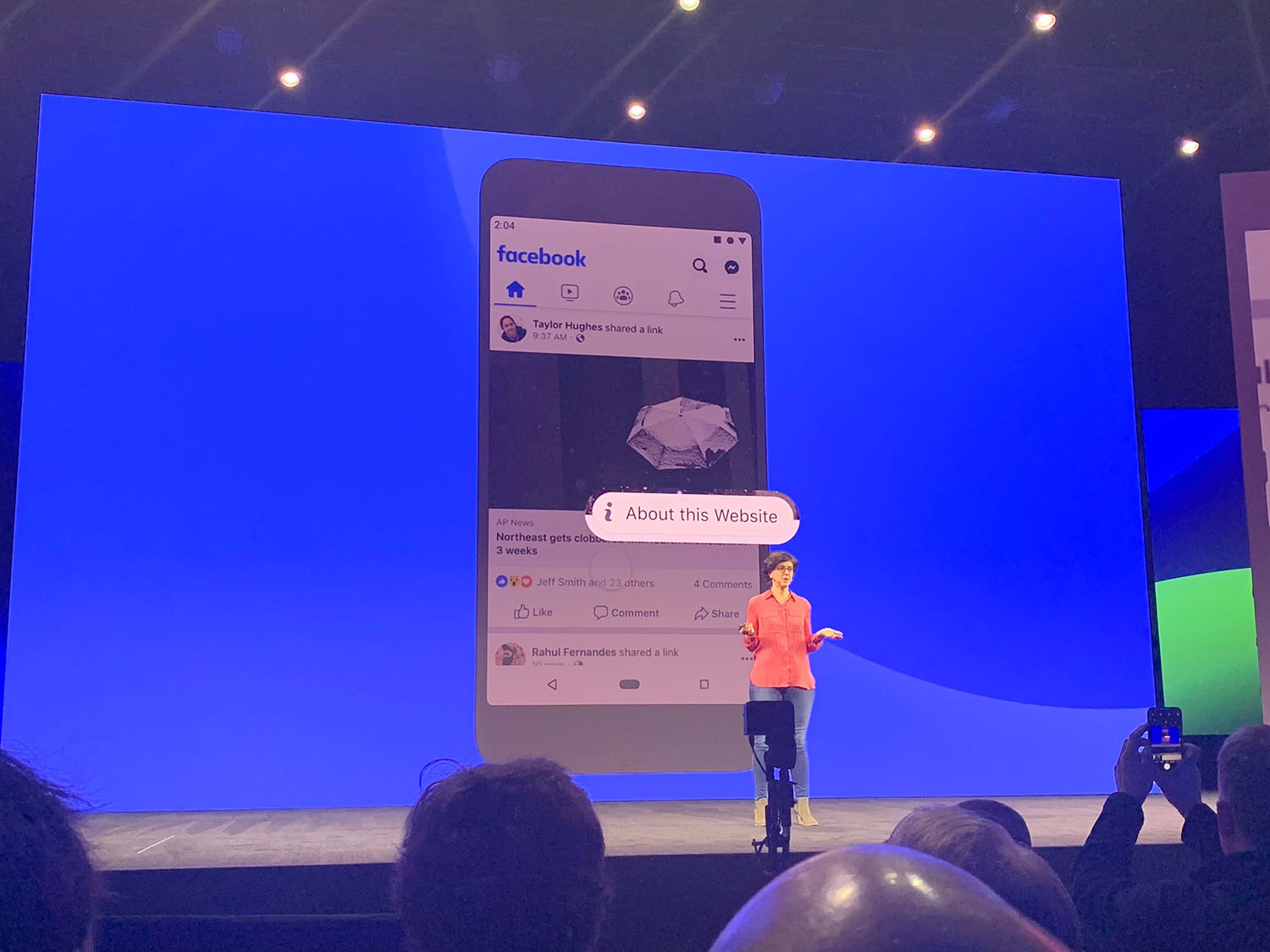 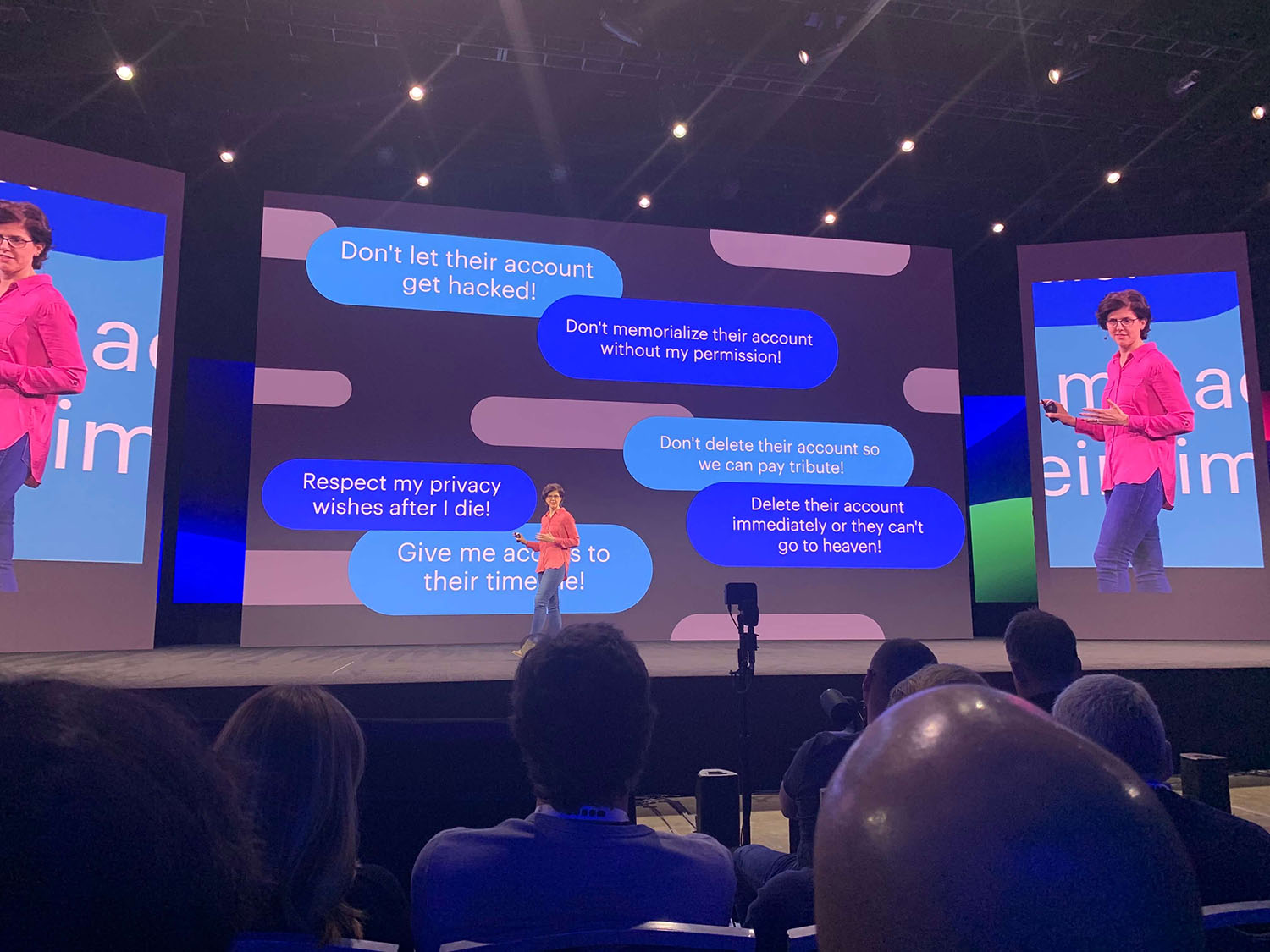 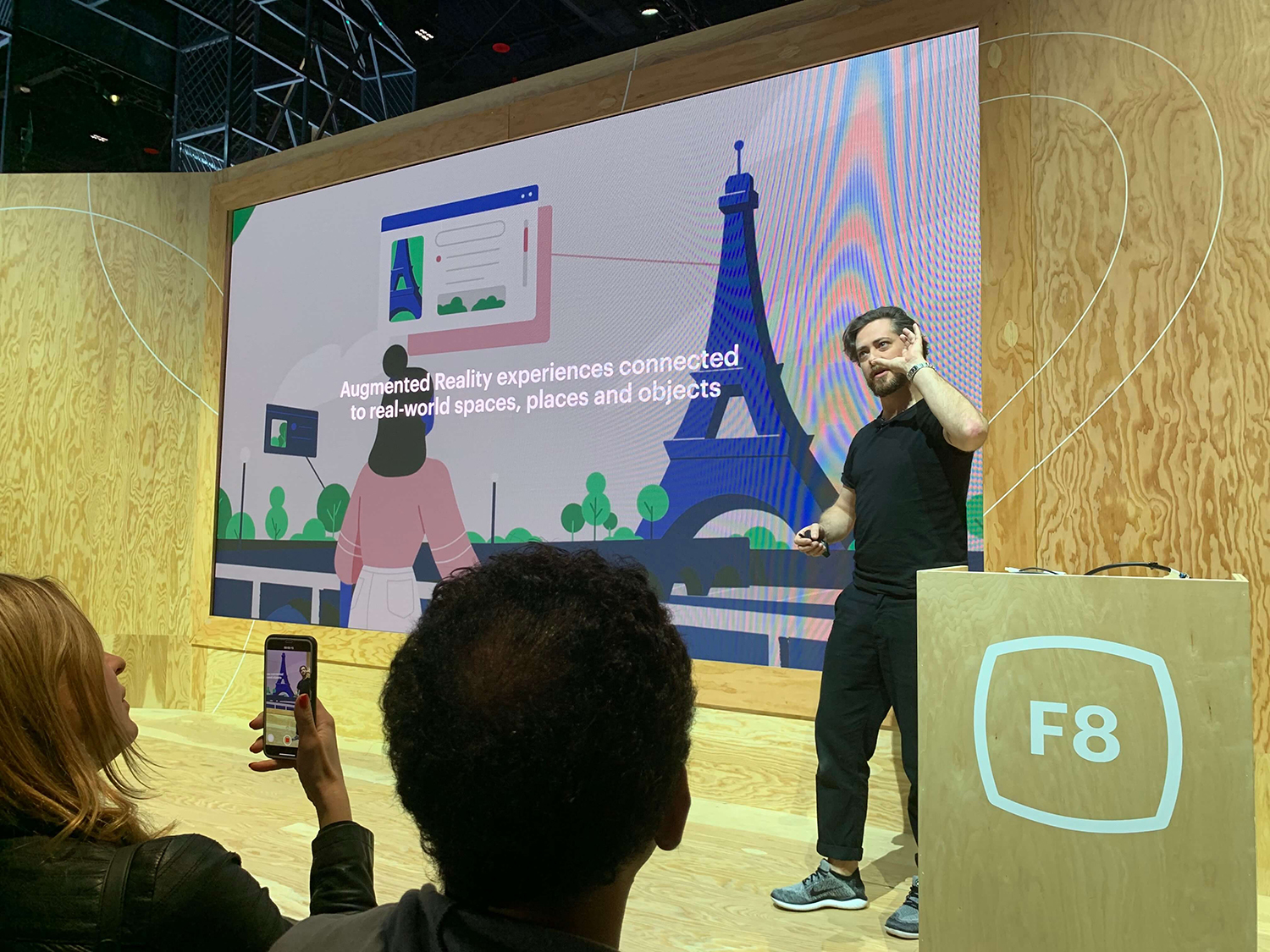 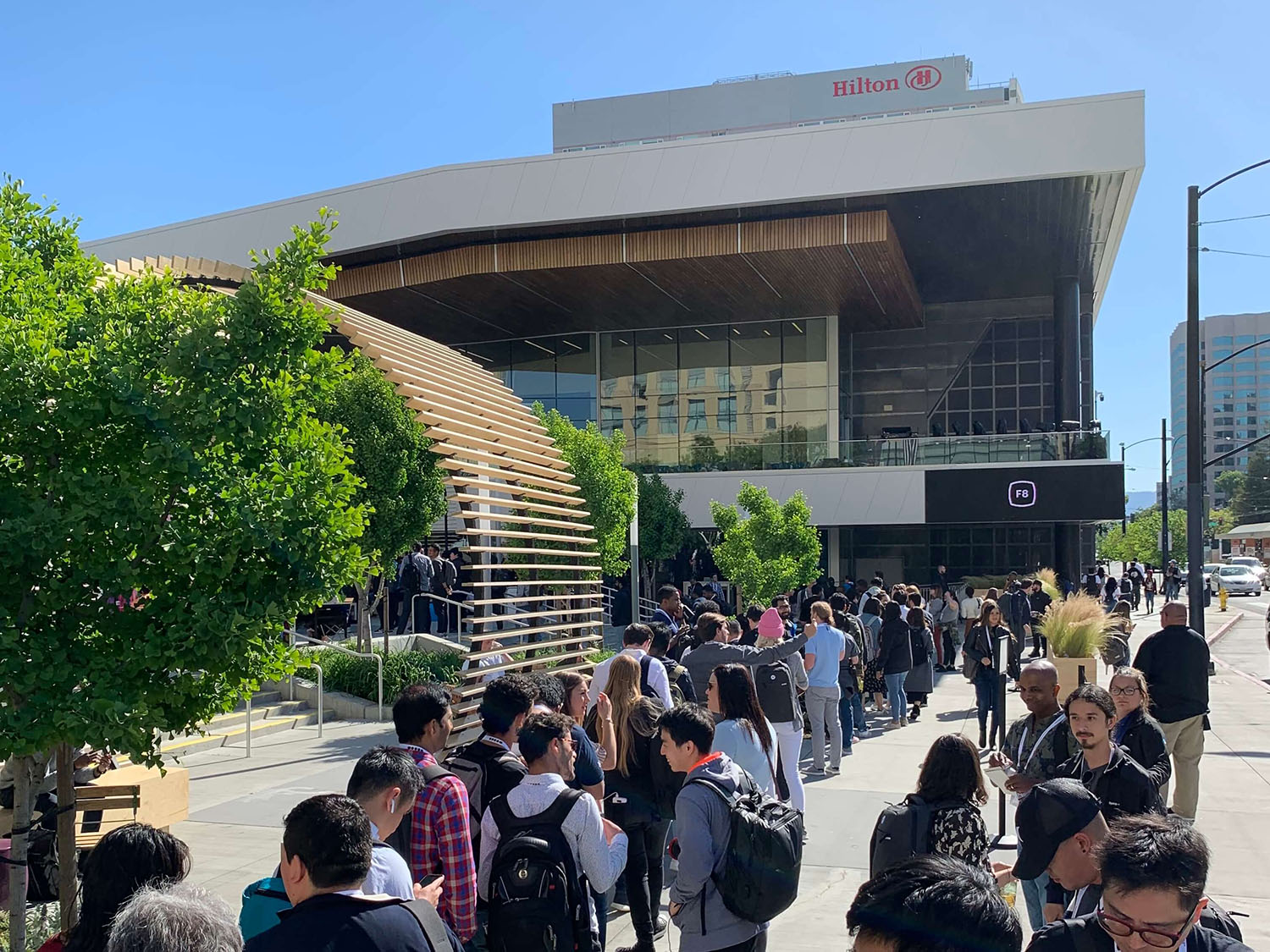 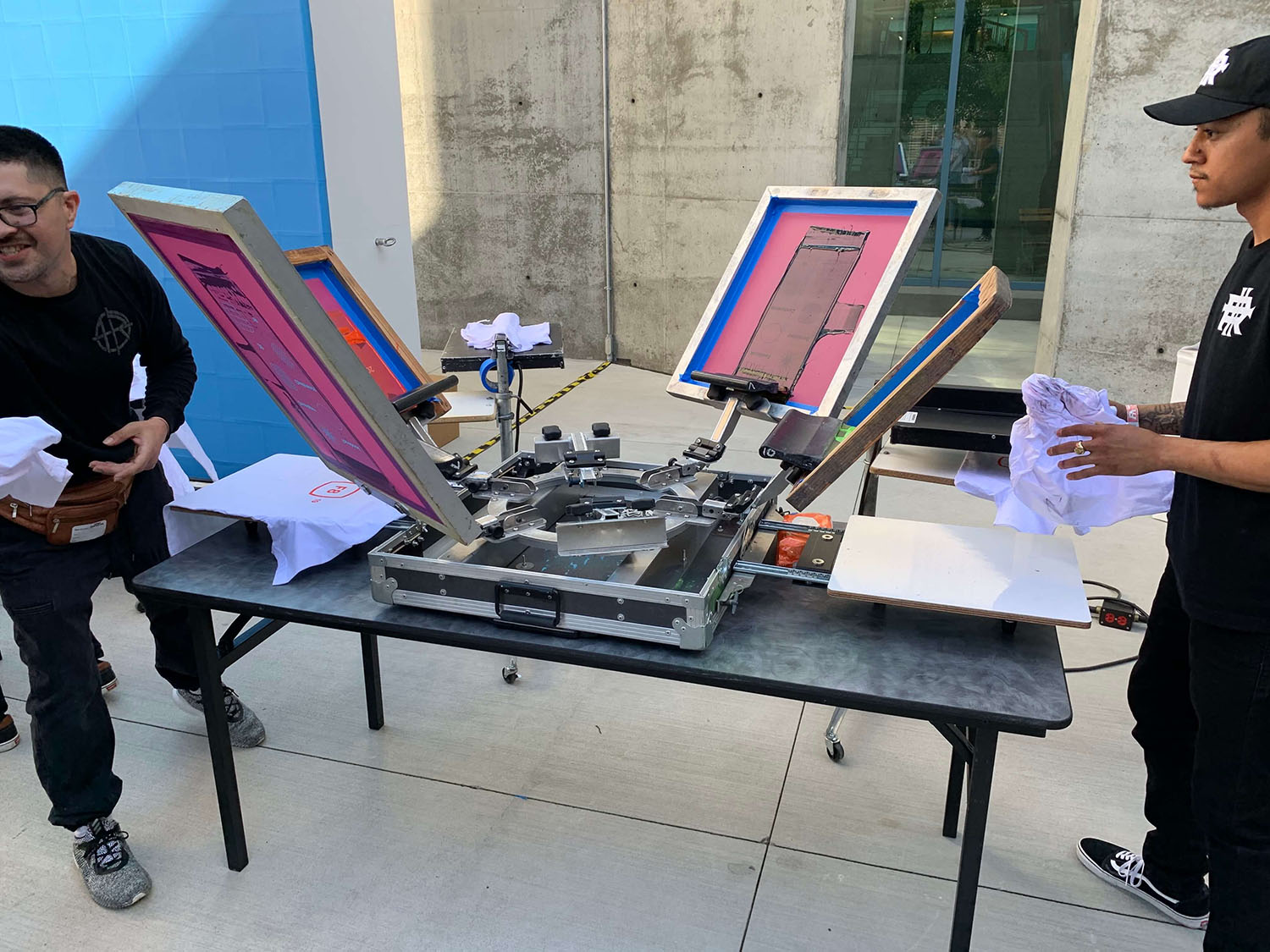 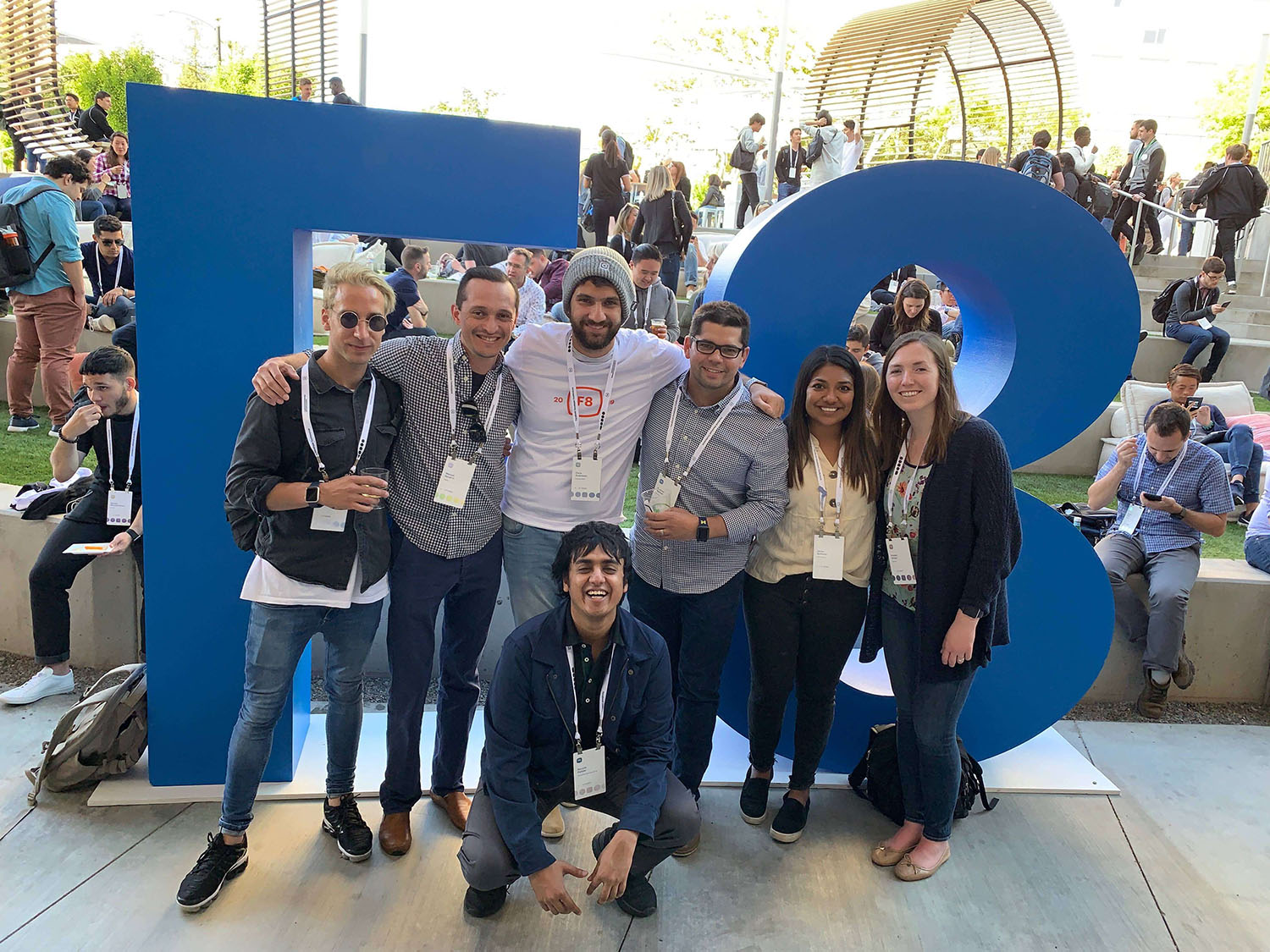