The emotive and fan-heavy imagery featured in the campaign, created by SBS’s marketing team, will run across television, SBS On Demand, online, social media, outdoor and print and leans on the multicultural character of SBS’s audience and the ability of football to bring cultures together.

SBS Director of Marketing Jane Palfreyman said: “We’re incredibly proud of this campaign. It connects directly with audiences in-language and shows the common humanity among fans of the game. It’s fun, it’s inclusive and it authentically reflects contemporary Australia. We couldn’t be prouder to be the home of the World Cup.”

The campaign highlights the excitement and social nature of watching a Qatar 2022TM match live, inspiring audiences to tune in the broadcasts and participate in this global sporting spectacle.

The campaign, which will also run across OOH media placements, targets football fanatics, sports fans, multicultural and multilingual communities, and social viewers who want to participate in the excitement and feel part of the global conversation.

The campaign runs from 17 October to 19 December. 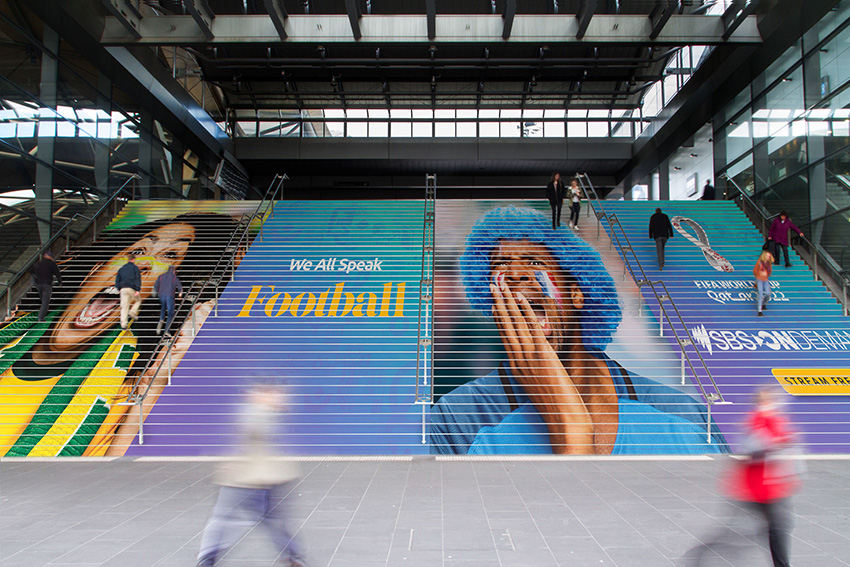