The State Government has partnered with The Brand Agency to deliver an integrated campaign to inform West Australians about the upgrades being made to transport infrastructure around our state and how they will enable us all to be more connected than ever.

Grounded in the insight that people care first and foremost about how these works will impact their daily travel plans, the campaign follows the progress of planned works to thank locals for their patience during delays. And at the same time educates them about how completed works will enhance the quality of life for Western Australians now and into the future.

“It’s often hard for us to think about the long-term benefits of immediate inconveniences to our daily routines. Our goal was to bring down the public’s blood pressure when they encounter delays and hopefully spark positive sentiment towards these extremely beneficial works.” said Elle Pound, The Brand Agency Head of Insights.

The campaign has launched across TV in metro and regional WA, supported by radio, out of home, digital, social and press, with media planning managed by Initiative.

The ‘Building for Tomorrow’ brand was developed as the vehicle for all current and future infrastructure communications as part of the WA Recovery Plan, providing a centralised brand platform for use by five of WA’s transport agencies to facilitate collaboration in the planning, construction and communication of projects throughout WA. The agencies involved include Department of Transport, Public Transport Authority, Main Roads WA, METRONET, and Transperth. 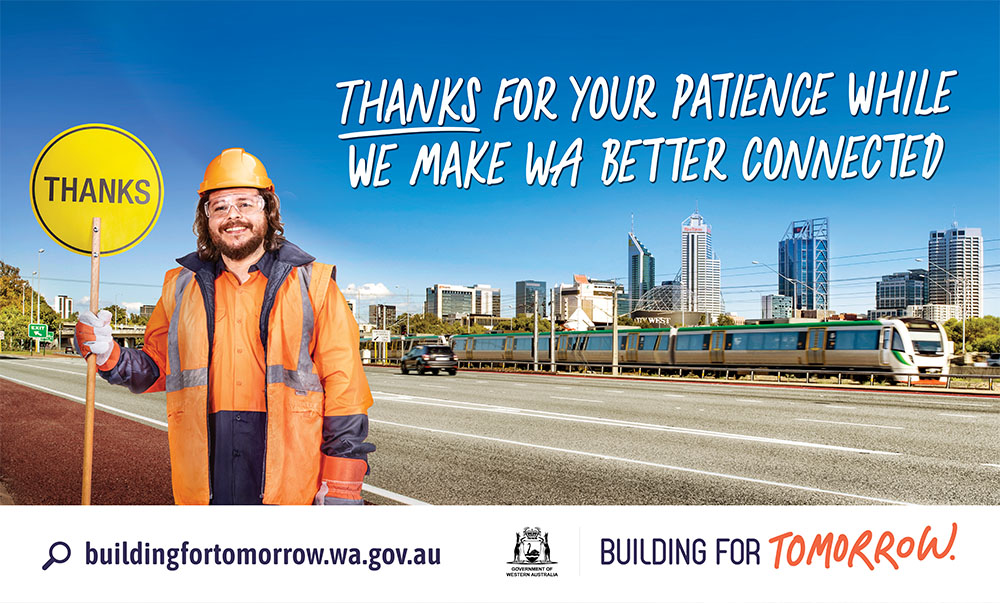 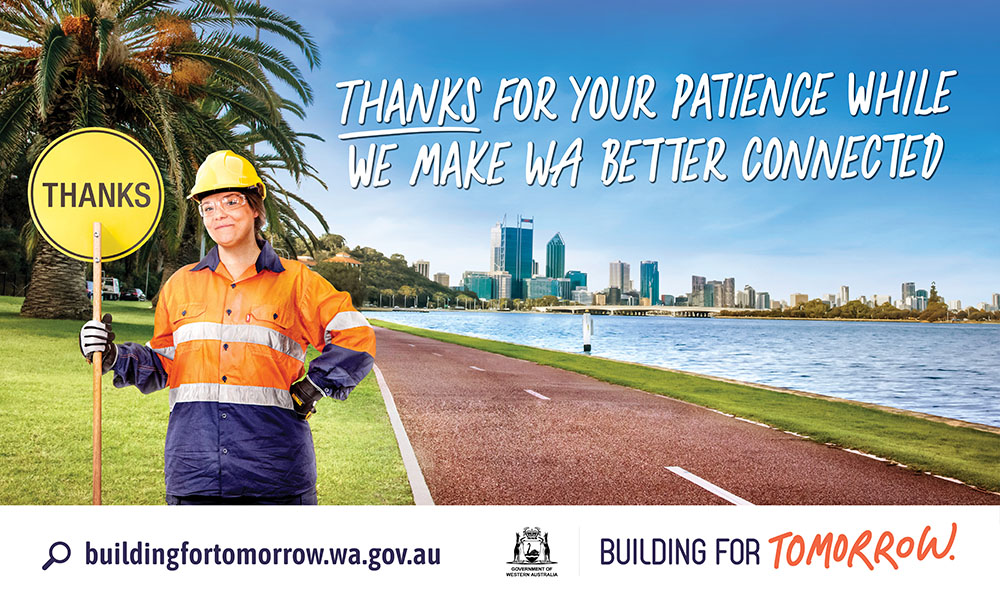