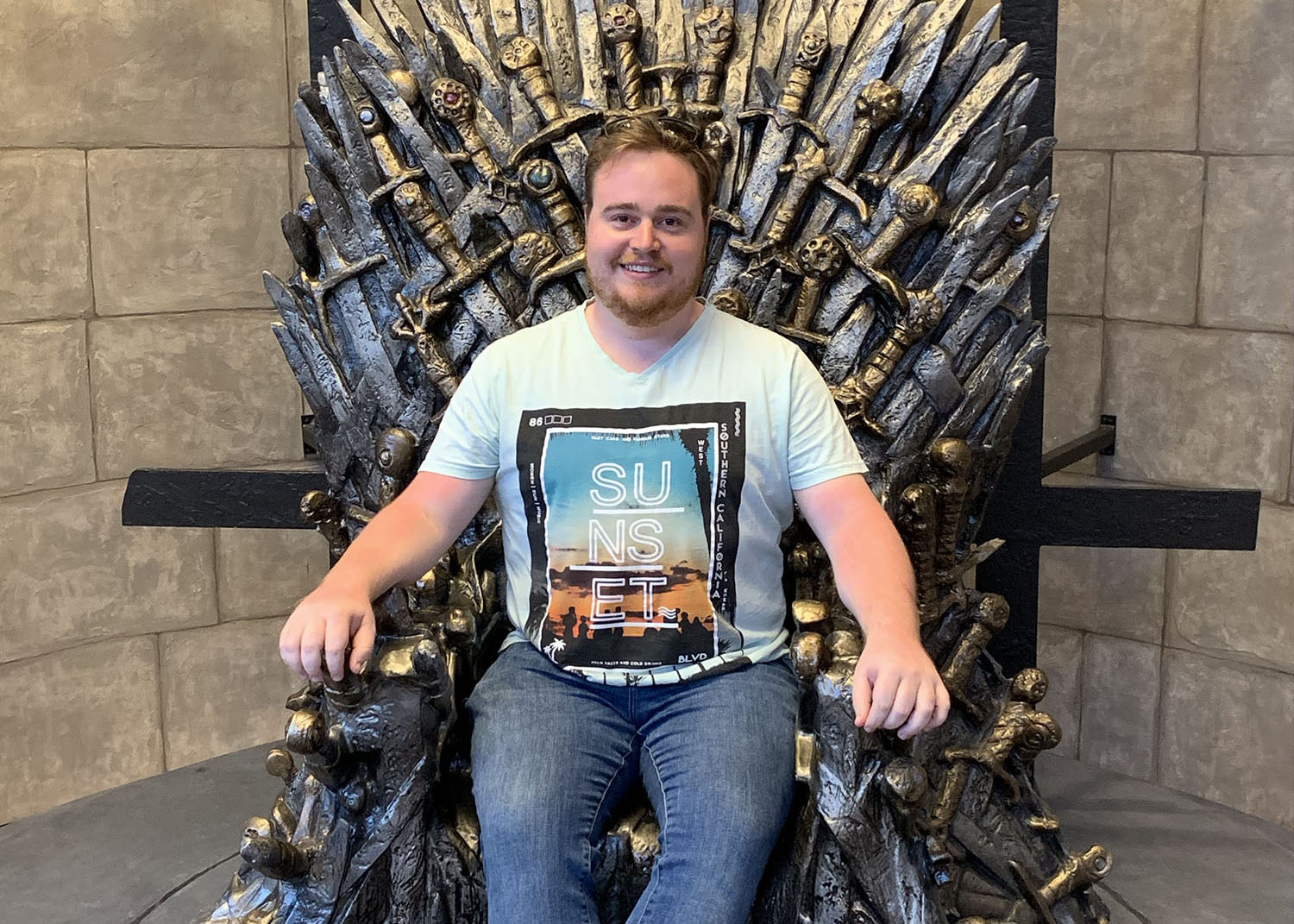 While visiting San Francisco for the Facebook F8 conference, Marketforce Digital Director Chris Andrawes has caught up with some WA expats working there on what it’s like being in the epicentre of the world’s tech sector.

Stephen Underwood is a former colleague of mine from when we both worked at Longtail. He picked me up from the Game of Thrones exhibition at AT&T and we caught up on the forty-minute car ride to see the San José Sharks’ disappointing loss to the Colorado Avalanches in the NHL Playoffs. Steve left Perth a couple of years ago and now works as an Engineering Manager at a massive, very well-funded start-up in San Francisco called Formation.

As best as you can tell me publicly for this blog post, what are you working on?

We lead the market in hyper personalised experiences to grow commercial value for clients, for example the loyalty program at Starbucks. Basically, we encourage people to buy higher margin products using AI to suggest things that they want, but don’t necessarily know about yet.

You’ve been here for a year now, what do you like about working in San Francisco?

It’s good. I really enjoy having all of the tech companies that I actually use each day in this one area. It means I can get support if I need it, but also with all the events going on there’s opportunities for people to learn easily from other companies. It feels very forward thinking. At Formation, we have a public holiday for ourselves on zero discrimination day. There’s meetups city-wide that are open to everyone and a lot less company rivalry. Atlassian is an Australian company from Sydney and they’ve moved here and do the open sourced learning really well.

Is San Francisco a better place to work than Perth?

It’s different. I really like San Francisco and Perth. I mostly miss beef sausages – the sausages here in San Francisco are bad. Perth is quite slow and laid back but here in San Francisco we’re working on much more innovative and interesting stuff, which we did a little bit a Longtail, but that almost felt like an outlier; that work was fun, but very niche. There’s a lot of money here, which makes it much easier to start building something. In Perth you need a great idea to get it off the ground. It’s much easier than that here.

What lessons can Perth learn from San Francisco?

The talent pool in Perth is exceptional and no one in Perth seems to realise it. There’s just not that many good candidates here in Silicon Valley. About a fifth of the people I’ve worked with in Australia have ended up moving here. I think there’s a lot Australian businesses could implement to make it more desirable to work in Perth. Here we have flexi hours, which basically means you can work whenever you want rather than 9 to 5, as long as you get all the work done. We also have no cap on time-off, again as long as you can be entrepreneurial enough to work out how to get the work done. I guess there’s more of a sense of trust, rather than delegation.

Do you think you’d ever come back to work in Perth?

That’s a hard question. Maybe if there was the right opportunity. The hardest thing would be finding something that is as interesting as what I’m doing here, or at least challenging enough. There isn’t really the budgets to do anything complex. If I did it would be to slow down for a bit.

That makes sense, but I guess it would make sense to start a business in Perth – substantially lower wages and you’d be able to get the funding from the VC’s here?

Yes, I would do that, but I don’t think I’d do a tech start-up. It would still be much easier to do it in San Francisco or Sydney even though the workforce would be cheaper in Perth. The problem is the venture capitalists. People think you need them for their money but realistically, you’ll take a small amount of funding and use them for their connections, and you need to be somewhere big to make big connections.

What does San Francisco do badly?

Medical here is fantastic if you have a great job. It’s terrible if you don’t. There is a massive homelessness issue. If you work at McDonalds and you chip a tooth, you basically just have to live with it because there’s no way you can afford to go to the dentist.

Most important question of all – who is going to win Game of Thrones?

Me, obviously. Look at the photo.