Vale Steve Browning – one of the very best 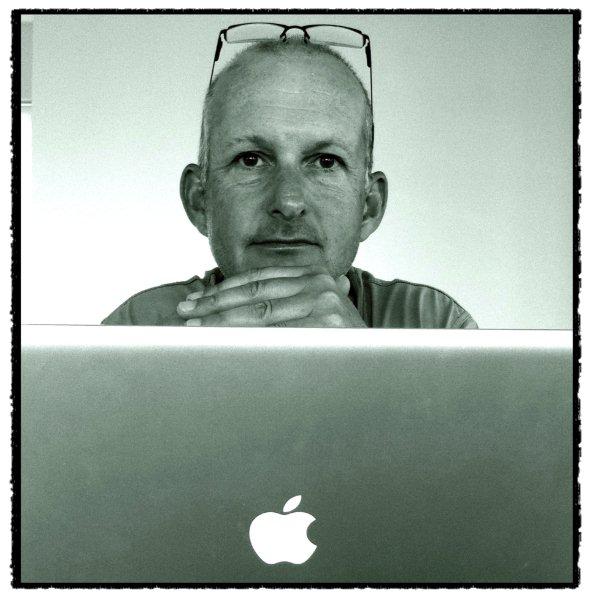 The industry has been shocked by news of the death this week of Steve Browning, one of Perth’s finest-ever copywriters.

Browning had travelled to the UK to see his ailing, elderly father and suffered a heart attack while there. He was in a coma for two weeks and passed away on Wednesday night (Perth time).

Starting in advertising at London’s Benton & Bowles in 1982, Browning came to Australia in 1986 and did stints at Marketforce, JMA Ogilvy & Mather (where he succeeded Mike Edmonds as Creative Director) and Jenkin Shorter FCB.

In June 1993 he co-founded the agency with which he would become synonymous – Vinten Browning – with art director Wayne Vinten.

Vinten Browning quickly established itself as one of Perth’s most creative outfits. A dominant year in 1997 saw it named Campaign Brief’s Agency of the Year, and Browning himself was named Ad Person of the Year. It was at VB that he created his most famous and awarded campaign for Chippers Funeral Directors.

Amongst a string of awards, Browning won Silver and Bronze at AWARD for his copywriting on Chippers, which catapulted both the agency and him onto the national stage creatively. 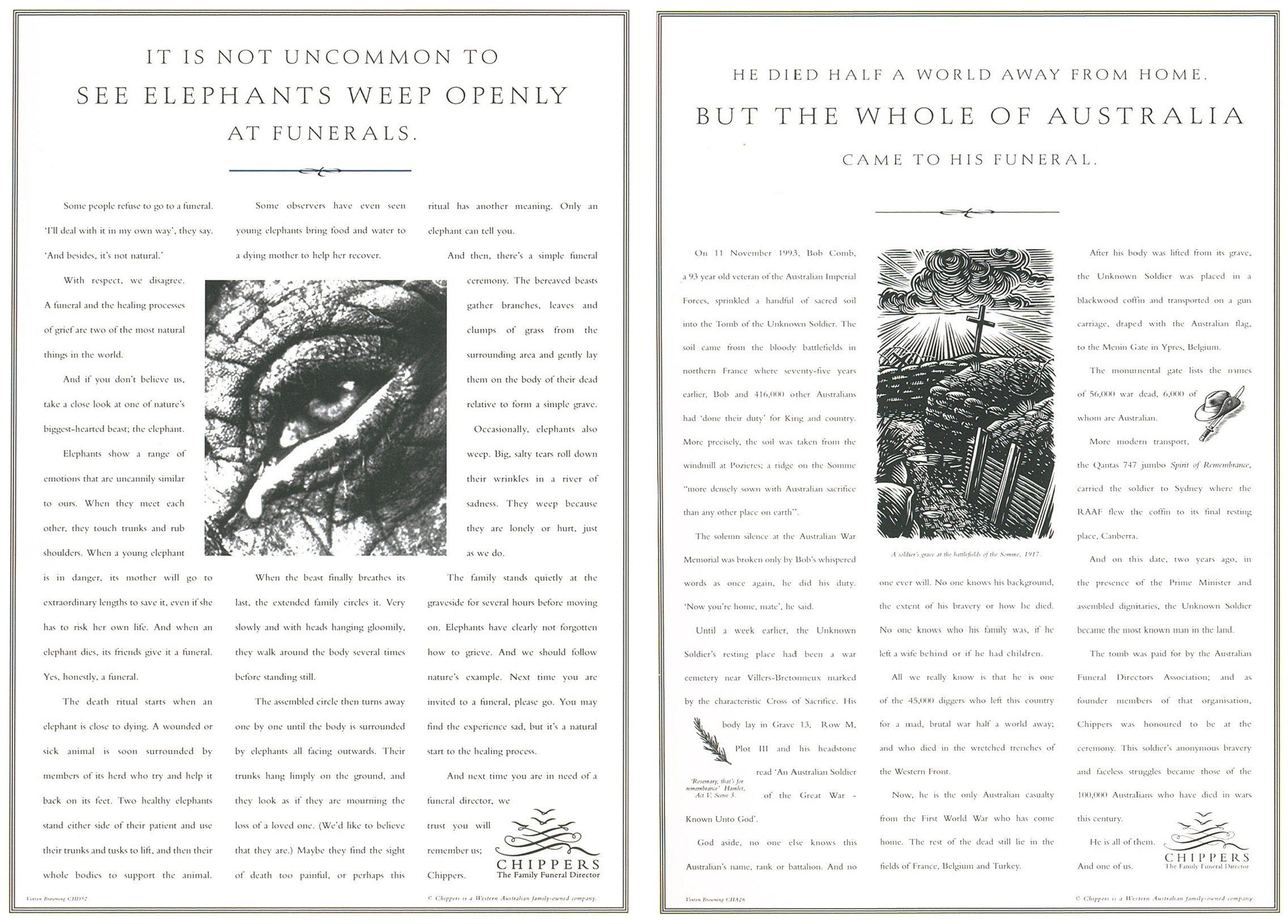 While Chippers was his best-known work, Radio was his favourite medium. He won the Southern Cross Austereo Radio Writers Award three times, in 1997, 1998 and 2005. In March this year, he reflected on the value of the Award and his love of Radio as part of the tribute by past winners.

Browning scaled back his work with Vinten Browning and eventually left the partnership in 2006 to devote more time to other creative writing projects. While he pursued those, he was still actively working in the industry as a freelancer and with some direct clients as Writing by Steve Browning. He was also a sometime tutor at AdSchool, and came along to a couple of Campaign Brief ’s Legendary Lunches where he was always a popular catch-up for old friends. 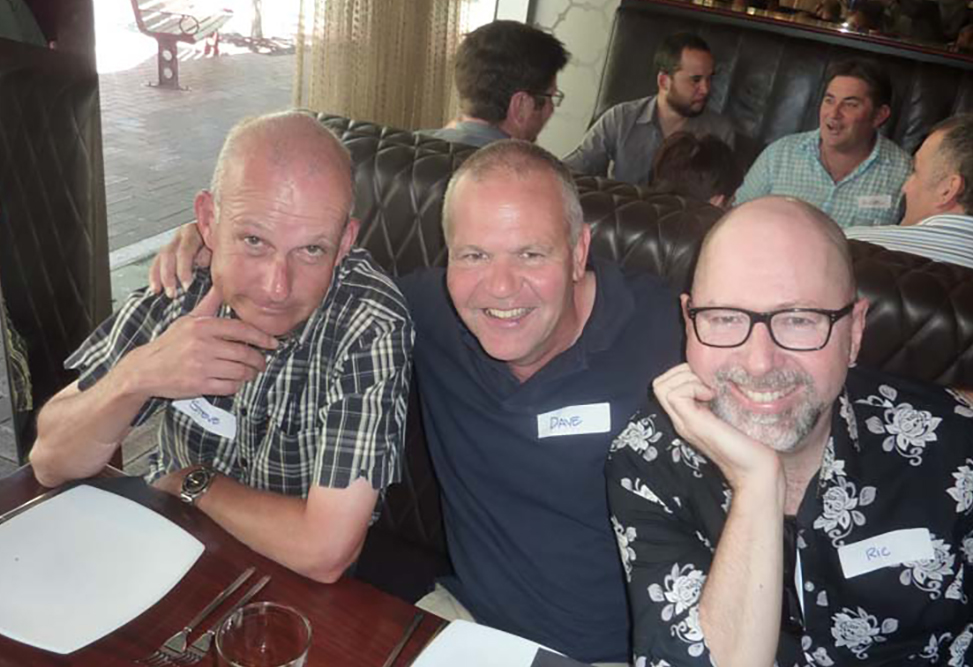 Unfailingly polite, humble, intelligent, talented, dedicated and with the driest sense of humour, Browning was an esteemed colleague and a revered member of the Perth industry’s creative community.

His untimely passing is keenly felt by all who knew him. 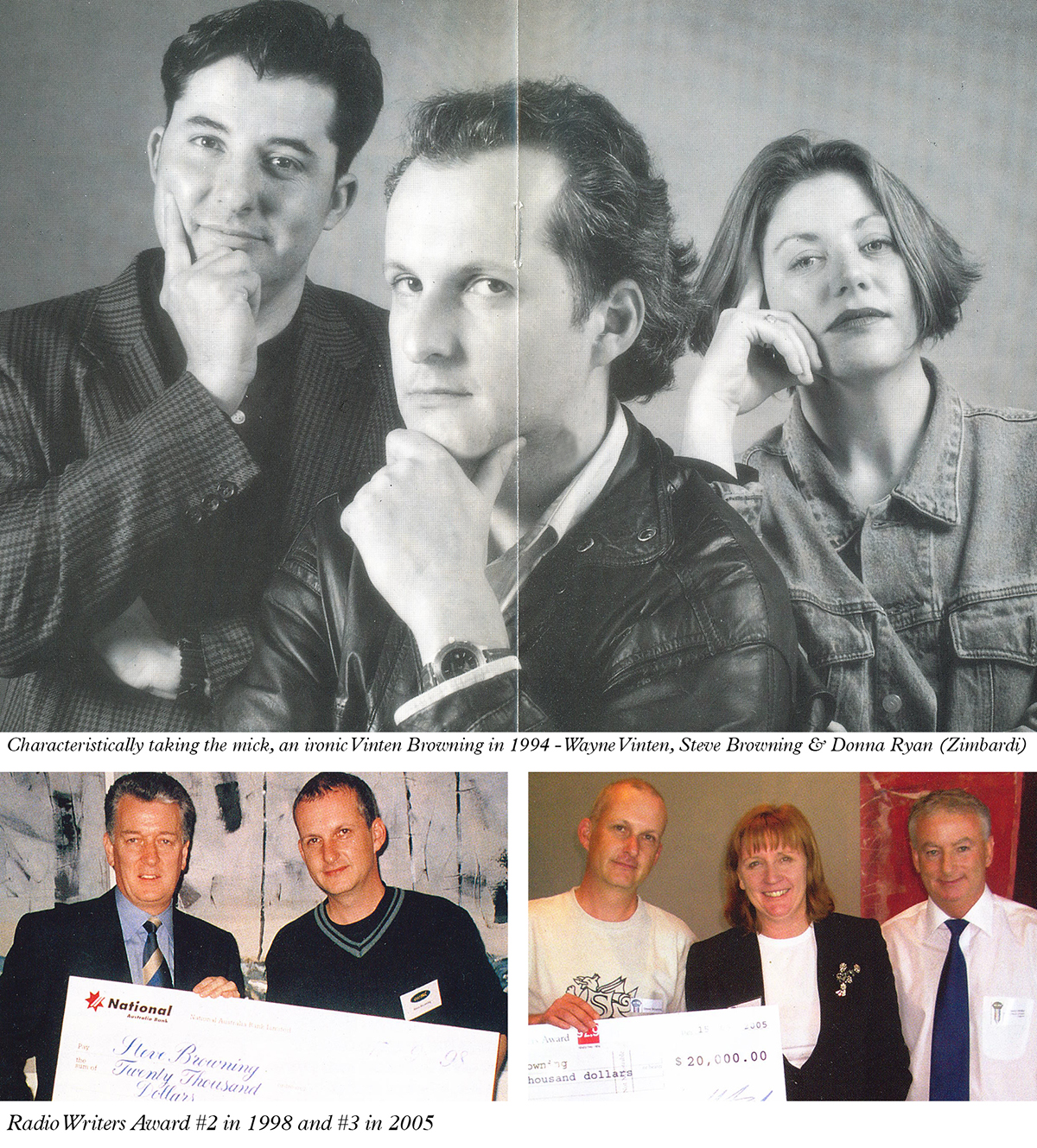