Vale Ross Goodlet: An adman that rocked the Perth advertising industry in the 1980s 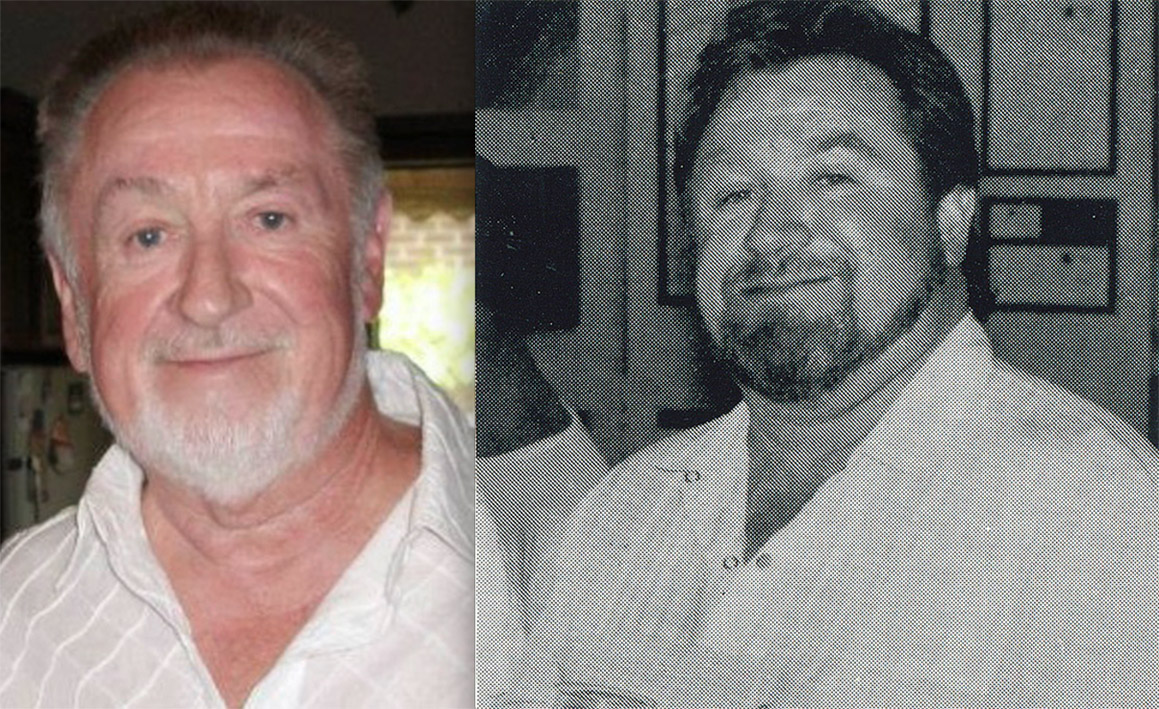 Ross Goodlet, one of Perth advertising’s creative legends from the 1980’s, passed away on Thursday at Sir Charles Gairdner Hospital. The industry’s thoughts are with his wife Sue and family.

Ross was high profile in the 1980’s and his ad agency Ross Goodlet & Associates was producing some of the best work.  Campaign Brief launched our Perth magazine in June 1984 and Ross’ Mazzucchelli’s “Rocks” commercial won the Commercial of the Year at the 1985 Golden Key Television Awards. The commercial was the most exciting piece of work Campaign Brief witnessed over our launch year and was inducted into Campaign Brief’s John Davis Hall of Fame in 2003 at the Oasis Ball. Ross was there to accept the accolade along with the 90 year old Mr Mazzucchelli.

Everyone loved Ross and he was always ready and willing to share a few bottles of wine and great stories with everyone in the Perth advertising and media industry. These were the days of weekly television, newspaper and radio parties and functions and Ross was a much loved regular at all of them.

“His Mazzucchelli’s Rocks campaign was the talk of the local ad industry because at the time, for Perth, it was so out there with its highly art directed images,” said Blakeley. “He turned diamonds into a fashion item and won Commercial of the Year at the Golden Key TV Awards. The campaign was more than the idea, Ross spent a lot of time on detail, working with Perry Sandow on lighting to get the exact look he wanted and being very particular about the look of the talent.”

Blakeley said Ross used a very young Greta Scacchi on Mazzucchelli’s outdoor posters and her face was all over Perth.

“I remember so many people commenting on how beautiful she was. He discovered her, because up until then she was just another young model on the Perth agency’s books.”

“Ross didn’t have a driver’s licence or car and took taxis everywhere which was probably just as well because he liked fine food and good wine. Hey, it was the days of the long lunch and Ross was a regular at media functions and lunches, like the one at Australian Posters where creative directors were treated to a very boozy afternoon. I drove off with Ross in my car, heading for an agency Christmas party. We hit a kerb. We laughed and we drove on to the party. Very naughty.

“I remember Ron Campbell and Ross in their office in a house (long since demolished) on the north side of Harold Boas Park. I remember Brett Stevens and Ross working out of the little building behind the old Mojo offices at 33 Broadway in Nedlands. By then, he had married Sue, had two children and a dog. And was still working on Mazzucchelli’s. He knew a lot about diamonds and gold. Ahh, Ross, it was lovely to have laughed and wined and dined with you. You really did raise the bar for advertising production in Perth.”

Former MDA, Mojo and Shout! creative director Vaughan Sutherland believes he lucked it in when I first arrived in Perth and was befriended by “Rossco”. It was following a chance meeting at the Blue Note Tavern.

“Jeez, I think back in the 80’s everyone who was anyone in Perth advertising met at the Bluenote,” said Sutherland. “It was a heaving swim-through every night of the week, with Rossco holding court at the Western corner of the bar. He was advertising creative royalty, and I’m not talking out of school when I say that he “loved a drink” and to talk all things advertising, incessantly. And I, like half the bar, hung on every word – lapped it up and learnt.”

Sutherland said in the 70’s and 80’s Ross Goodlet & Associates was at the top echelon of Perth’s powerhouse creative talents.

“I thought Rossco was the best, with his work for Mazzuchelli’s Jewellers recognised internationally for its mould breaking creative executions – setting the benchmark in branding and retail for virtually a decade to come. Ask any advertising old-hand to name the great campaigns of the day and you can bet that “Mazzuchelli’s Rocks” is at the top of the list.

“I was lucky enough to work with Rossco on the last great Mazzuchelli’s ‘I wish you love” campaign when he recruited me to join him, Tom Haygarth and Peter Duncan at the fledgling Monahan Dayman Adams agency. It was my big break in Perth really and I fell on all that Goodlet talent like a sponge, just hoping some of that magic would rub off. The Mazzuchelli’s campaign went on to win Gold at Perth’s first big TV advertising awards, the Golden Keys, and Rossco the industry adulation he again so richly deserved.

“Rossco was a big man, with a big, generous heart, a big reputation and an awesome, quite remarkable talent – the like of which I don’t think we’ll see again anytime soon. And, I’m sure he’ll be remembered by all who know him he as a great bloke – can’t ask for much more of a legacy than that.”

Another creative peer at the time was John Ilian.

“If I had to sum him up, I’d say Ross was a talented, gifted maverick,” said Ilian. He was a formidable advertising force during the eighties especially. His campaign ‘Mazzucelli’s Rocks’ broke new ground in two ways. It was perhaps the first campaign to heighten a jewellery brand – much to the chagrin of Craig Rosendorff, then Perth’s other high profile jeweller. ‘Mazzuchelli’s Rocks’ was ubiquitous.

“Secondly, it also heightened the profile of Greta Scacchi who Ross selected as the face of ‘Mazzuchelli’s Rocks.’ Perhaps, it contributed significantly to her acting success later on. If I recall correctly, long before the PADC Awards were inaugurated, Ross’s ‘Mazzuchelli’s Rocks’ won a ‘Golden Key TV Awards ‘Commercial of the Year’ – the preeminent award in WA at the time. I used to joke (to his face) that back then, he was the only person I knew who was five foot high and five foot wide. Unlike me, he was always courteous, kind, helpful and considerate. Condolences to his family.” 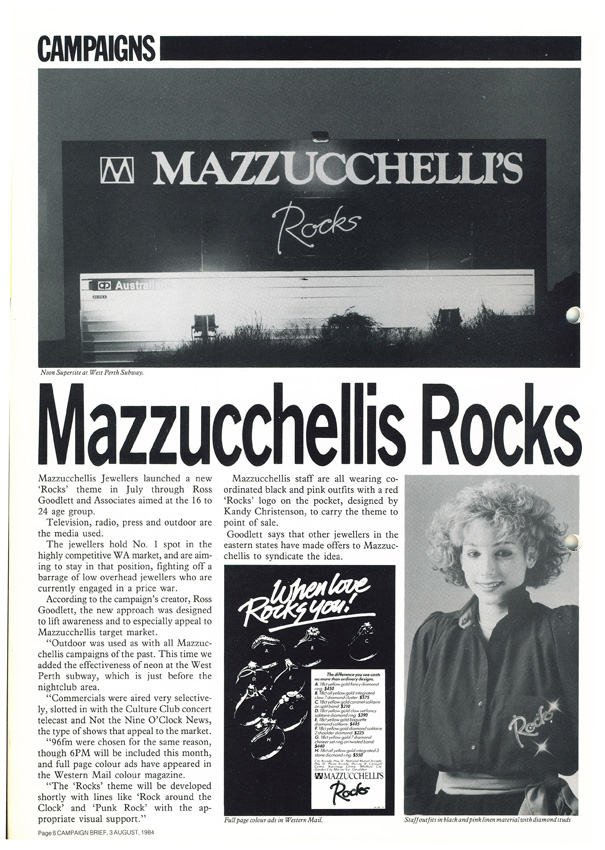 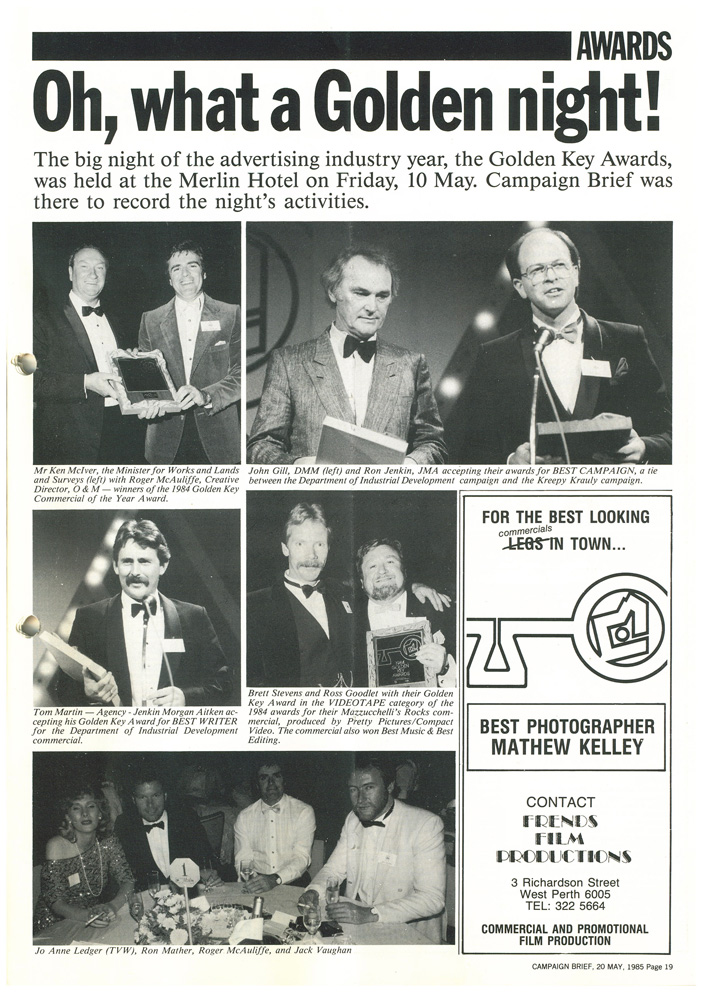 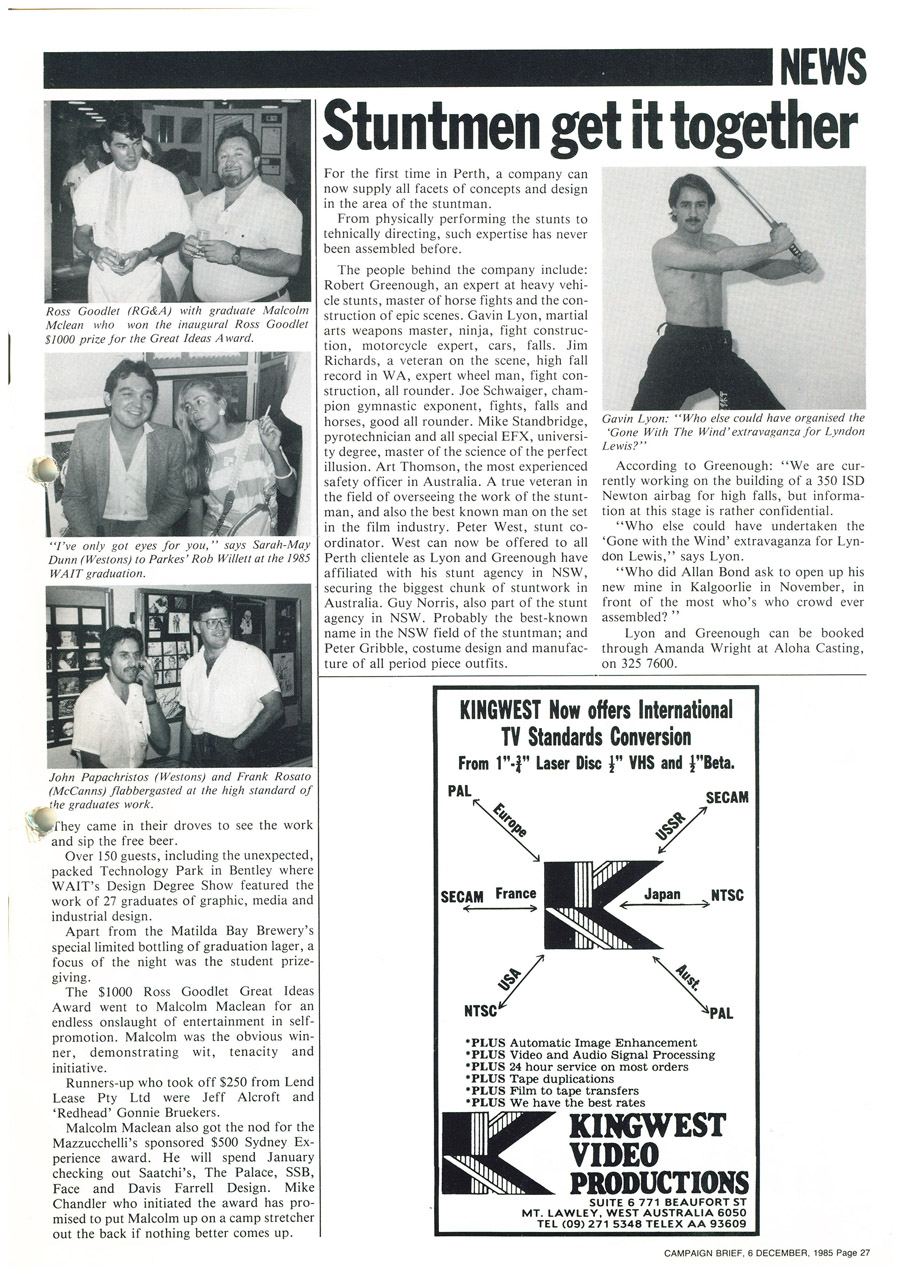