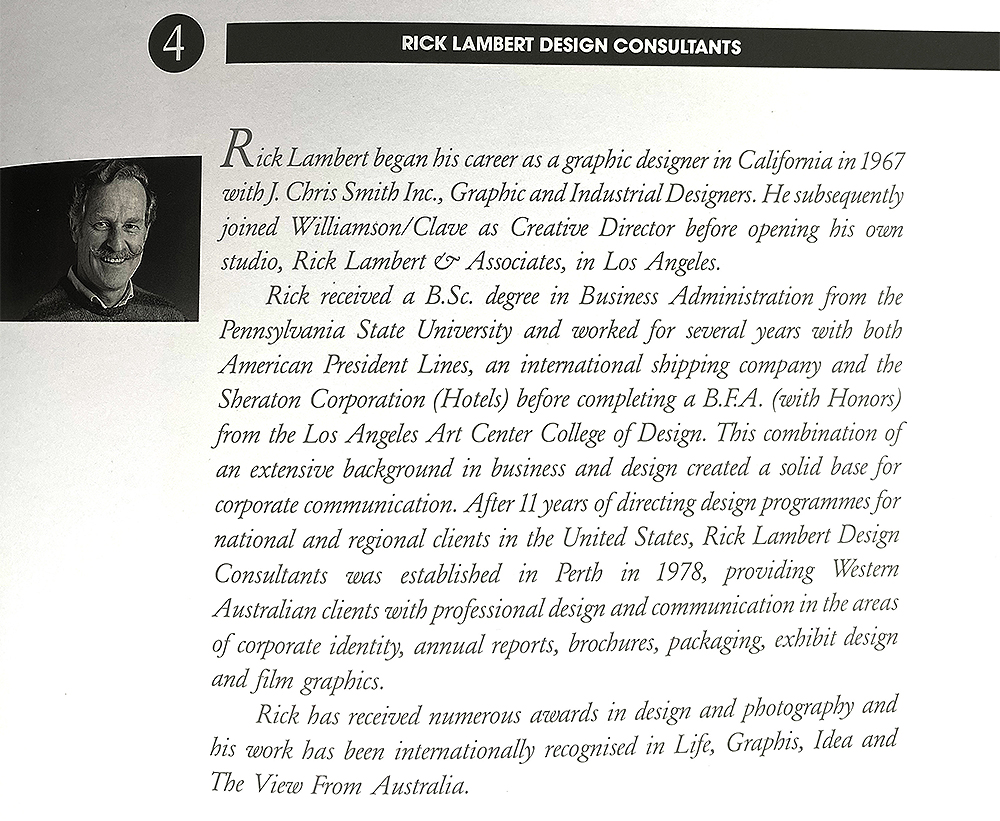 “Rick, along with Les Mason, brought west coast American design to WA and were amongst a small group who established the idea of graphic design and corporate identity as a distinct profession to Perth in the late 70’s and through the 80’s. He was also a founder of AGDA and a generous educator.”

(Bio above from The Book. Six Western Australian Graphic Designers.) 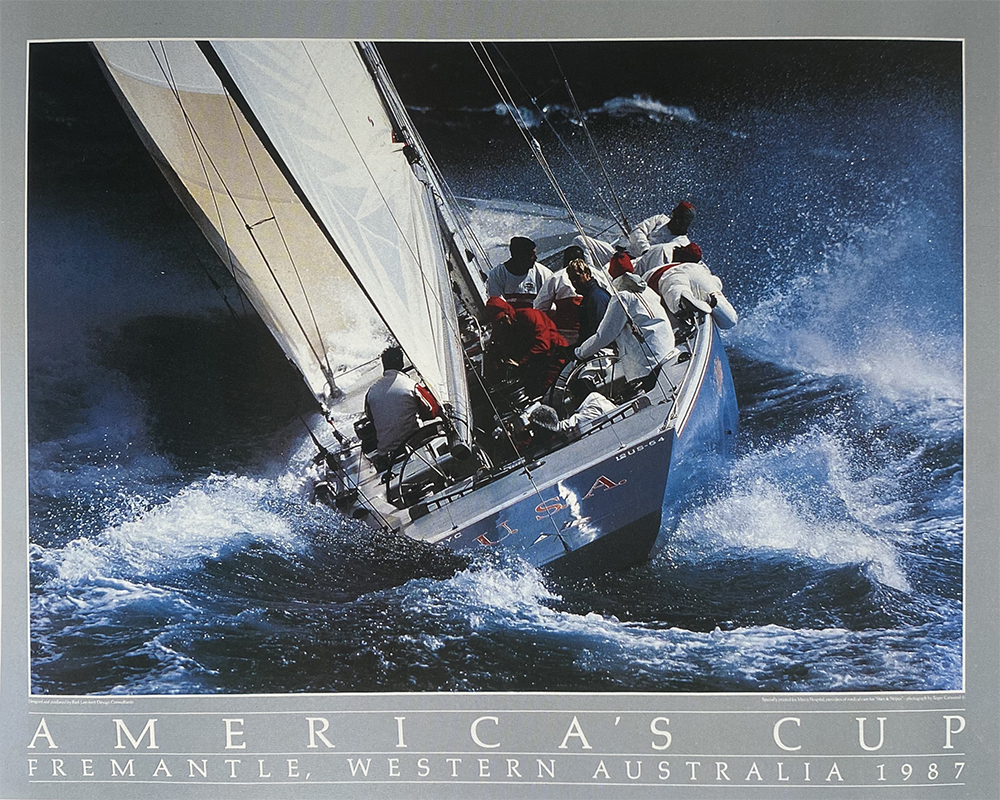 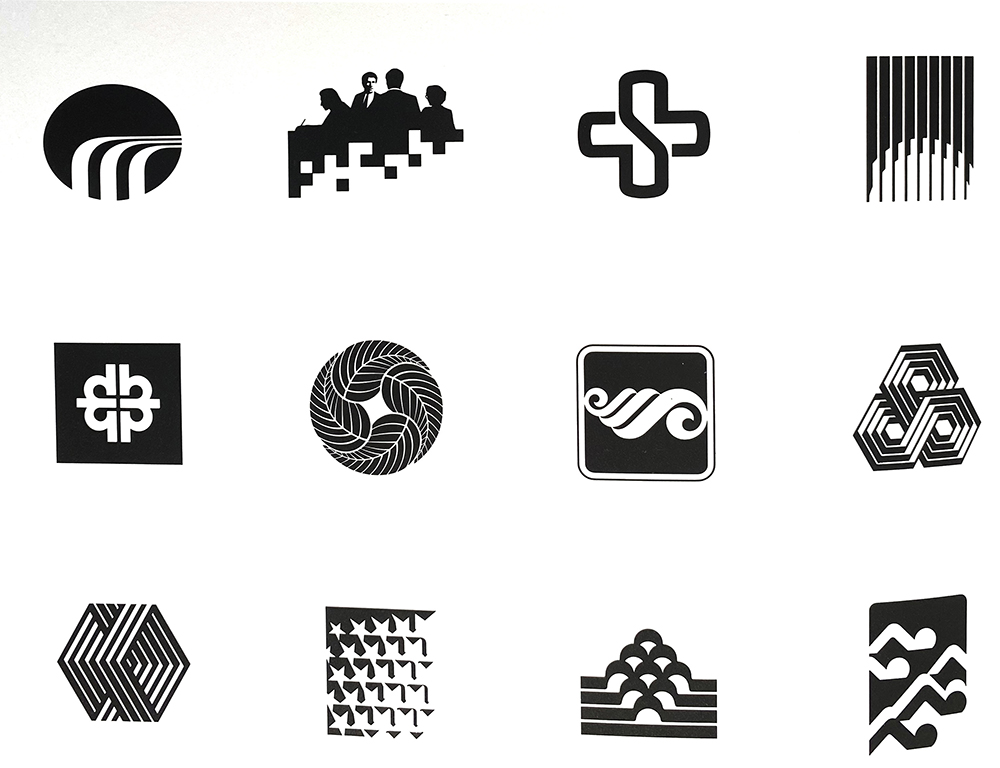 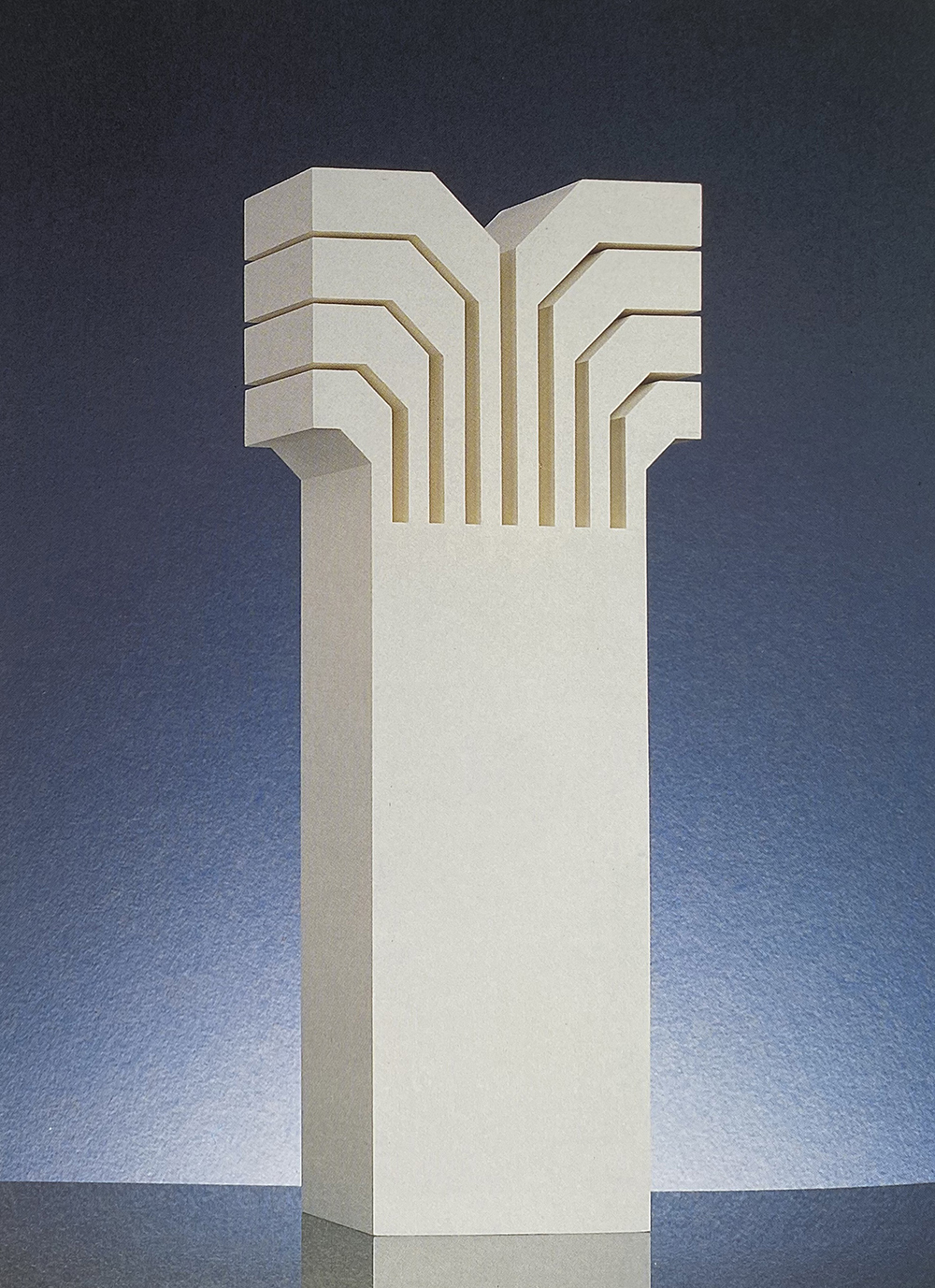