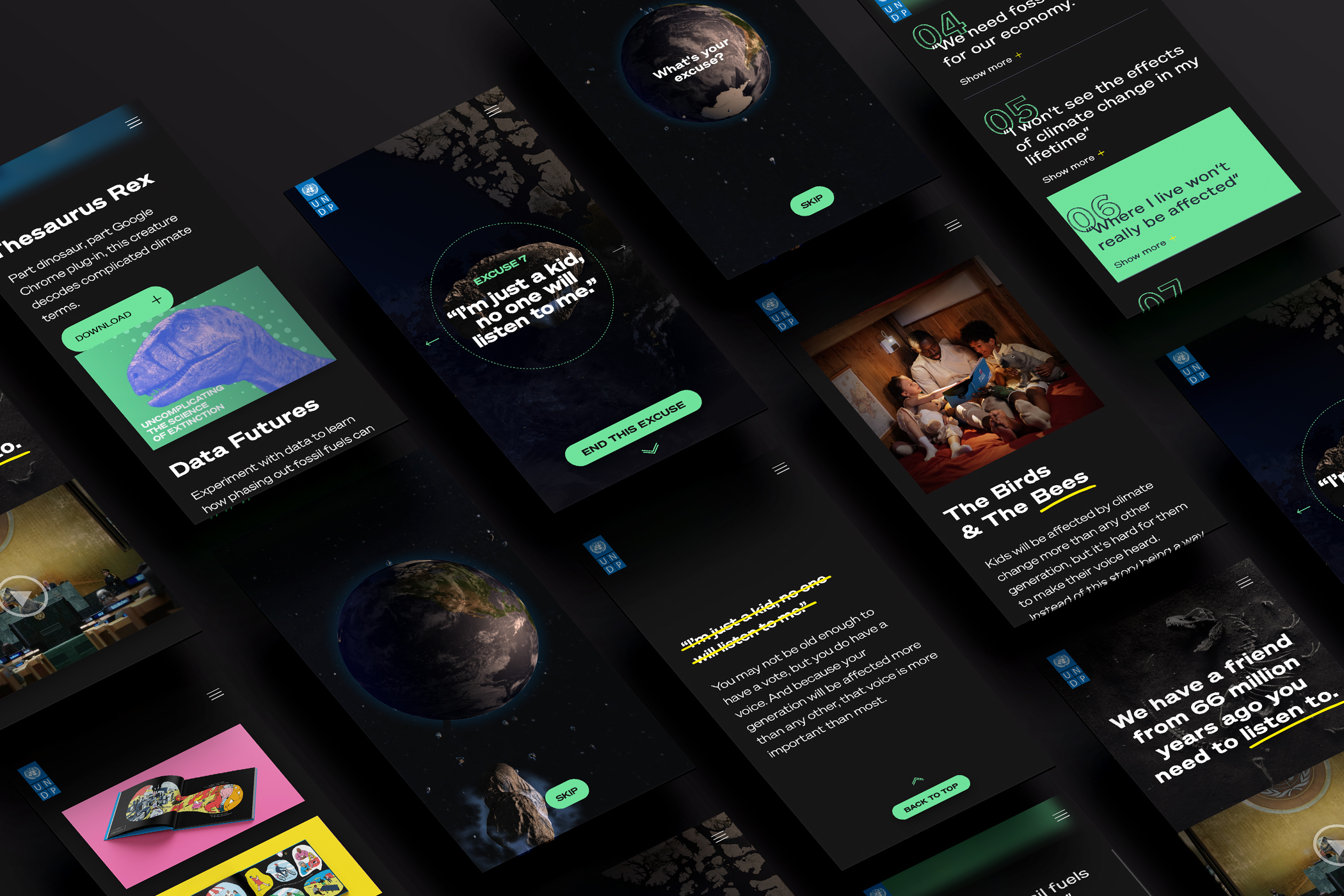 The United Nations Development Programme has launched its largest and boldest global advocacy and behaviour change campaign to date. Created by Wunderman Thompson Australia, in collaboration with Activista, Framestore and Mindpool, the Don’t Choose Extinction campaign is designed to engage the world in a drive towards a sustainable recovery from the COVID-19 crisis.

As the world spends hundreds of billions of dollars on fossil fuel subsidies, priorities must shift if humanity and the Earth are to survive. The global pandemic has shaken the world, but it also provides a unique opportunity to re-imagine a sustainable future for all.

The campaign launches with a hero film led by Activista and a digital experience platform ‘The World of Excuses’ created by Wunderman Thompson Australia, including a strong team from the Perth office.

Made in collaboration with Obama’s former speechwriter, the film sees a dinosaur address the UN General Assembly urging the leaders of the world to not go extinct by their own doing.

Given there is no silver bullet argument against climate inaction that appeals to everyone; the 7 billion strong audience each clings to different excuses to justify it. To curb inaction, the film will drive to a digital eco-system called The World of Excuses.

Says João Braga, chief creative officer at Wunderman Thompson Australia: “This behaviour change campaign gave us the largest possible target audience anyone could have. With 7 billion people to speak to and a challenge of this calibre, we needed deep creative thinking from every discipline. This digital experience is only just the start of our work with the UNDP to help end the excuses around climate change for good and provide people from all walks of life the understanding and the facts they need to make a difference. We’re even working to take this idea as far as outer-space, by naming real asteroids after these excuses.”

The experience allows users to click into the excuses on the website, each pictured as an asteroid rocketing towards Earth, where they will find information and tools to provide direct action. The tools, created by Wunderman Thompson Australia, will be rolled out in phases in the coming months and include the Chrome Plugin Thesaurus Rex, designed to help people navigated the terms around fossil fuels online, The Voice of Reason, an Alexa skill that disarmingly rebuts every climate change myth or excuse; a spin on The Birds and The Bees with an e-book that gives children the arguments they need to convince their parents and peers.

Says Boaz Paldi, global partnership and engagement manager for United Nations Development Programme: “With this initiative, we want to spotlight the climate crisis and at the same time energize the debate about some of the economic solutions that are out there to get us on a path to de-carbonization. Addressing fossil fuel subsidies is a critical issue in the fight against climate change. The campaign gives hope that despite the trajectory we seem to be on there is still time to act and solutions to fight for. Creativity and technology are two of the necessary tools we need to achieve the Sustainable Development Goals by 2030 and move towards a green transition. It’s why we needed the best minds in the industry to partner with us in our journey to make these goals a reality.”

One part of the digital eco-system is the Global Mindpool – a collective intelligence platform that empowers people to make their voices heard and play an active part in building a more sustainable, equitable future through contributing their thoughts to a large and diverse groups of global collaborators, with the aim of 2obilizing data to help tackle the climate and inequality crisis and influence policy change.

To deliver scale and to amplify the message, UNDP offices across the world in 170 countries will activate the campaign. This is the first phase of the global advocacy campaign, where Wunderman Thompson Australia will continue to work with the UNDP to launch more initiatives in the coming months. 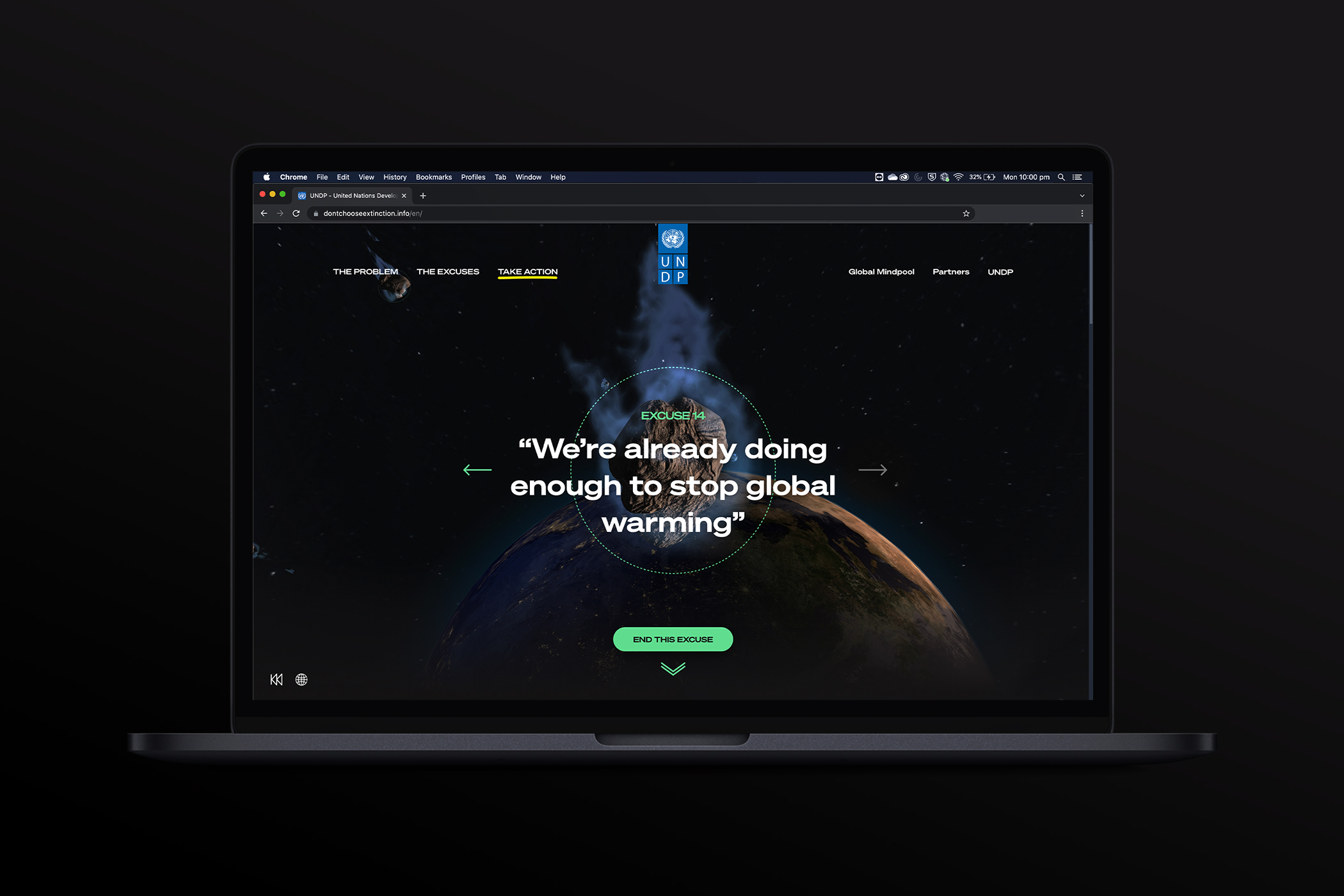