Uber Eats announces you can get almost, almost, anything now on the platform in latest campaign

Sunscreen? Sushi? Yep. WD-40? Sure. A self-slicing cucumber for Kendall Jenner? Not so much.

Uber Eats has enlisted the help of the world’s most high profile matriarch, Kris Jenner, her supermodel daughter Kendall, and three iconic Aussies, to announce that Australians can now get almost anything on Uber Eats… well, almost, almost anything. The new brand platform was created by Special in collaboration with Hello Social and MediaCom.

With the iconic brand recently expanding its delivery offering to include food, groceries, alcohol and more, the new brand platform ‘Get almost almost anything’ seeks to herald this whilst making it very clear that there are still some things they just can’t deliver. After all, anything is a really tall order, not to mention it can’t all  fit in one of their iconic bags.

The campaign takes a refreshingly honest approach, highlighting that while you can get a lot of things on Uber Eats now, you can’t get everything. True to form, the brand leverages an unusual cohort of celebrities in surprisingly self-deprecating ways to dramatise this fact.

The campaign launches with a 60 second film showing people from all over discussing and discovering what they can and can’t get on Uber Eats. The spot stars overwhelmed new parents, sunburnt Brits, a man with a very dodgy moustache, as well as a host of diverse cultural icons such as Kendall and Kris, Abbie Chatfield, Shannon Noll and Mark Philippoussis to drive the point home.

The bold and self-deprecating admissions about Uber Eats’ incomplete offering continue in a series of 15 second ads, social films, and OOH that feature lengthy disclaimers listing almost all of the things Uber Eats can’t deliver, just so Australians will be almost entirely clear what’s possible.

Says Andy Morley, director of marketing at Uber ANZ: “This year we will continue to deepen our get “anything” offering across Uber Eats – building on our already rich range of restaurants, greengrocers, supermarkets, fishmongers, butchers, florists, to add even more retail items. While takeaway food will remain a hallmark, as our selection deepens and evolves we believe it’s time for a new brand platform to capture that. Get almost, almost anything absolutely does that job for us.”

Says Julian Schreiber, CCO/partner, Special: “Being confident enough to discuss what you can’t do is a great way to create entertaining cut through about what you can do, particularly when it’s a huge new diverse offering. It delivers the message but also makes fun of all the over promises that marketing is constantly guilty of.”

Says Tom Martin, CCO/partner, Special: “Saying Uber Eats delivers almost anything sounds a bit like you’re trying to get away with saying ‘Anything’ but when you add a second almost, then you know the brand is having fun with itself and consumers. That self-deprecating tone is what Uber Eats is becoming known for.”

Says Channa Goonasekara, brand lead, Uber Eats ANZ: “As consumers continue to crave convenience across all aspects of their retail journey, it’s vital that Uber Eats has a strong hold on consideration – in the same way we are front of mind when it comes to quality restaurant food. In this campaign we’re presenting a recognisable Uber Eats universe, with hallmarks like surprising celebrity cameos and the familiar audio sting of the doorbell to extend our existing world of food delivery into an impressive catalogue of everyday ordering occasions that shows you can go deeper on delivery with more e-commerce offerings on Uber Eats than ever before.”

Says Rob Frost, head of strategy at Mediacom: “It’s a truly exciting moment in the evolution of Uber Eats; both as a product and a brand. The versatility of Get Almost Almost Anything has given us great opportunity to find new and different ways to build on the existing associations consumers have with us.”

Says Maddie Marovino, director of client experience at Hello Social: “The new brand platform has opened up a world of possibilities that makes for great entertainment and channel-first creative with comprehension at its core.”

The campaign will debut during the Australian Open, coming to life across linear media, video on demand, out of home, audio, online video and social. 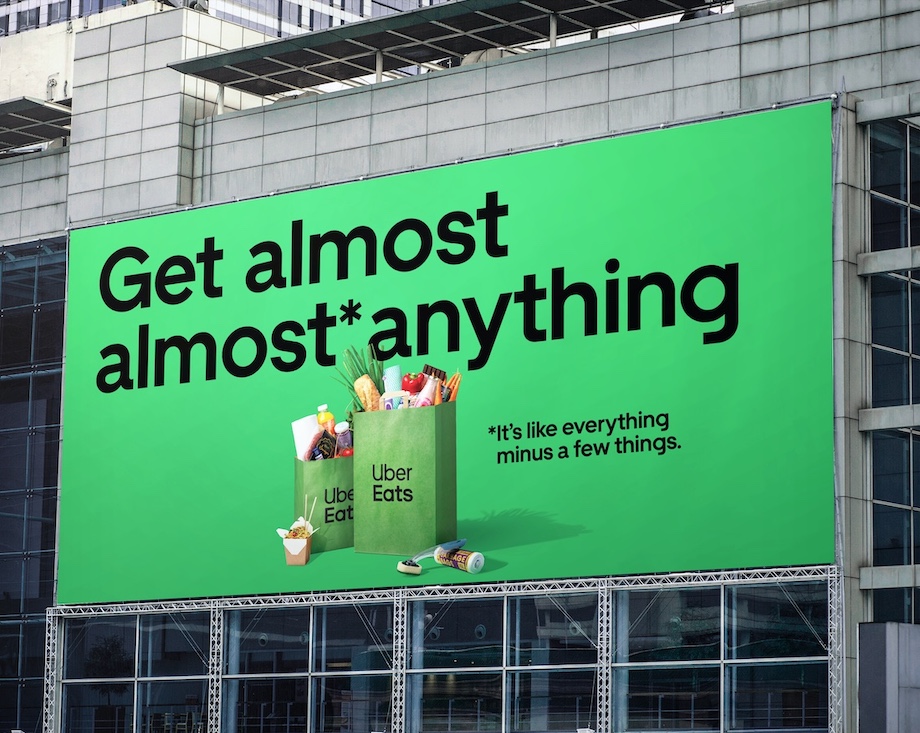 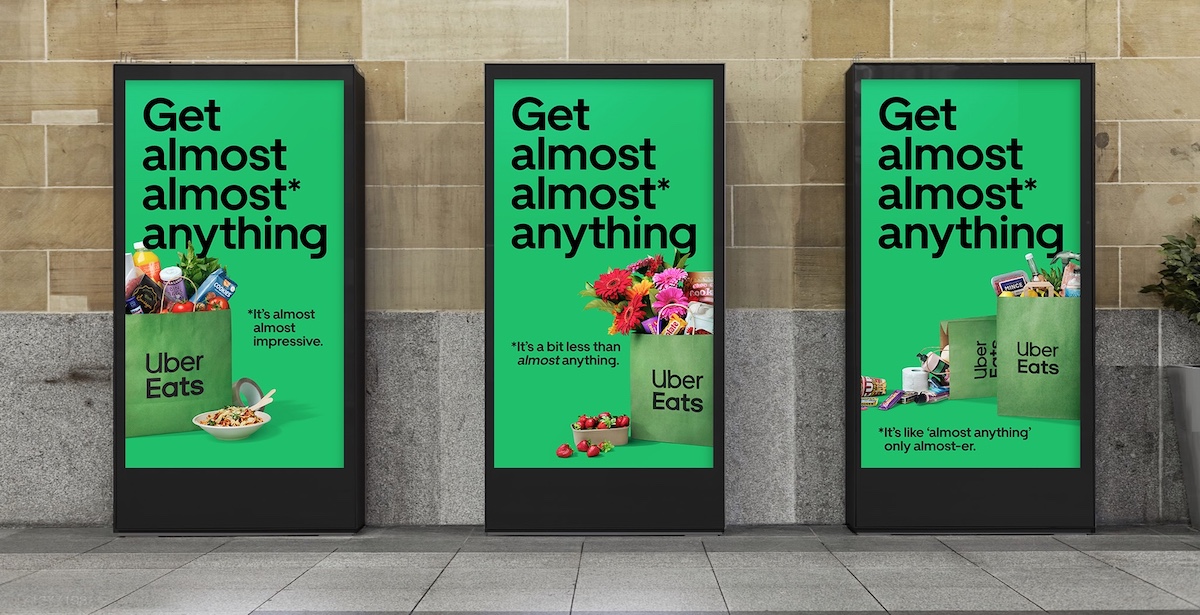 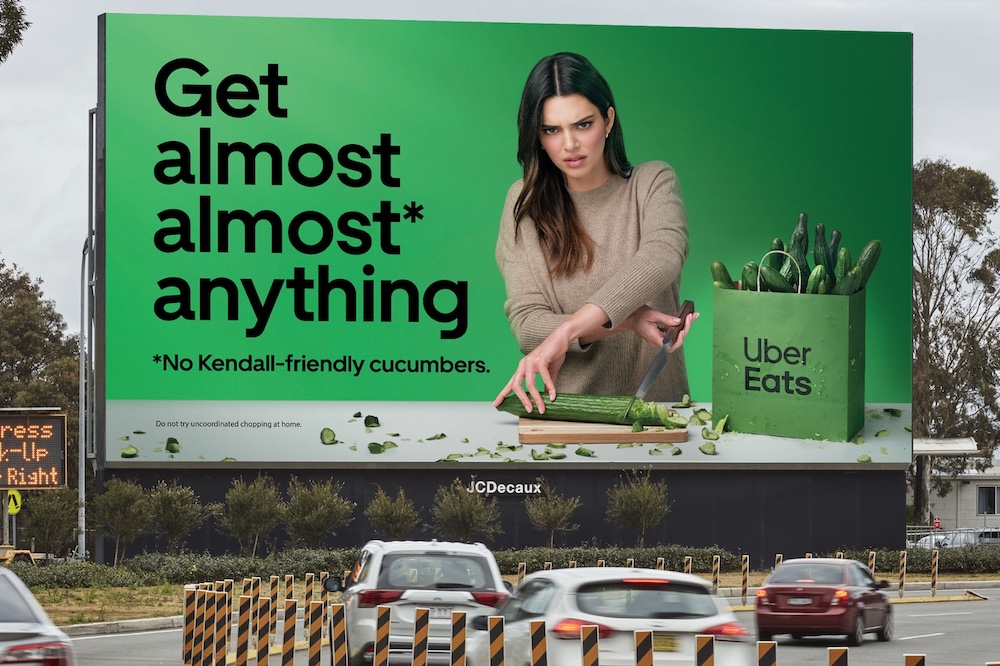 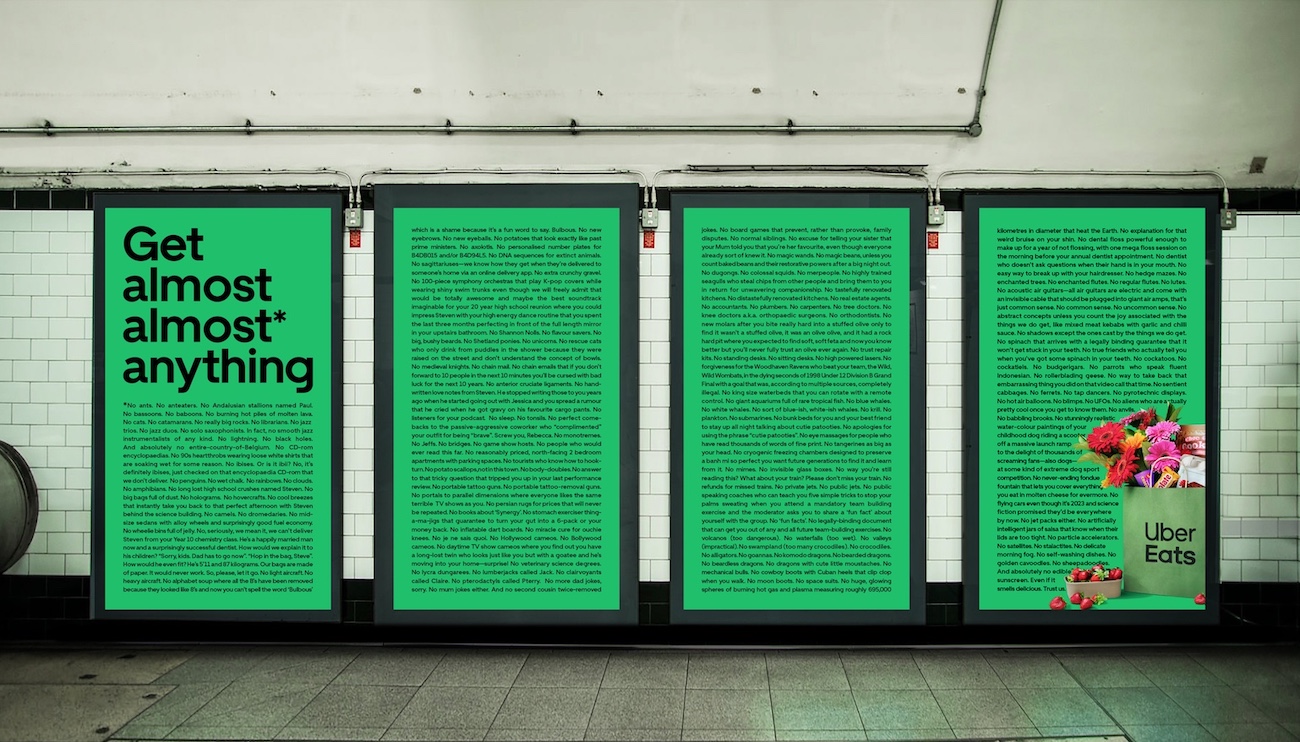 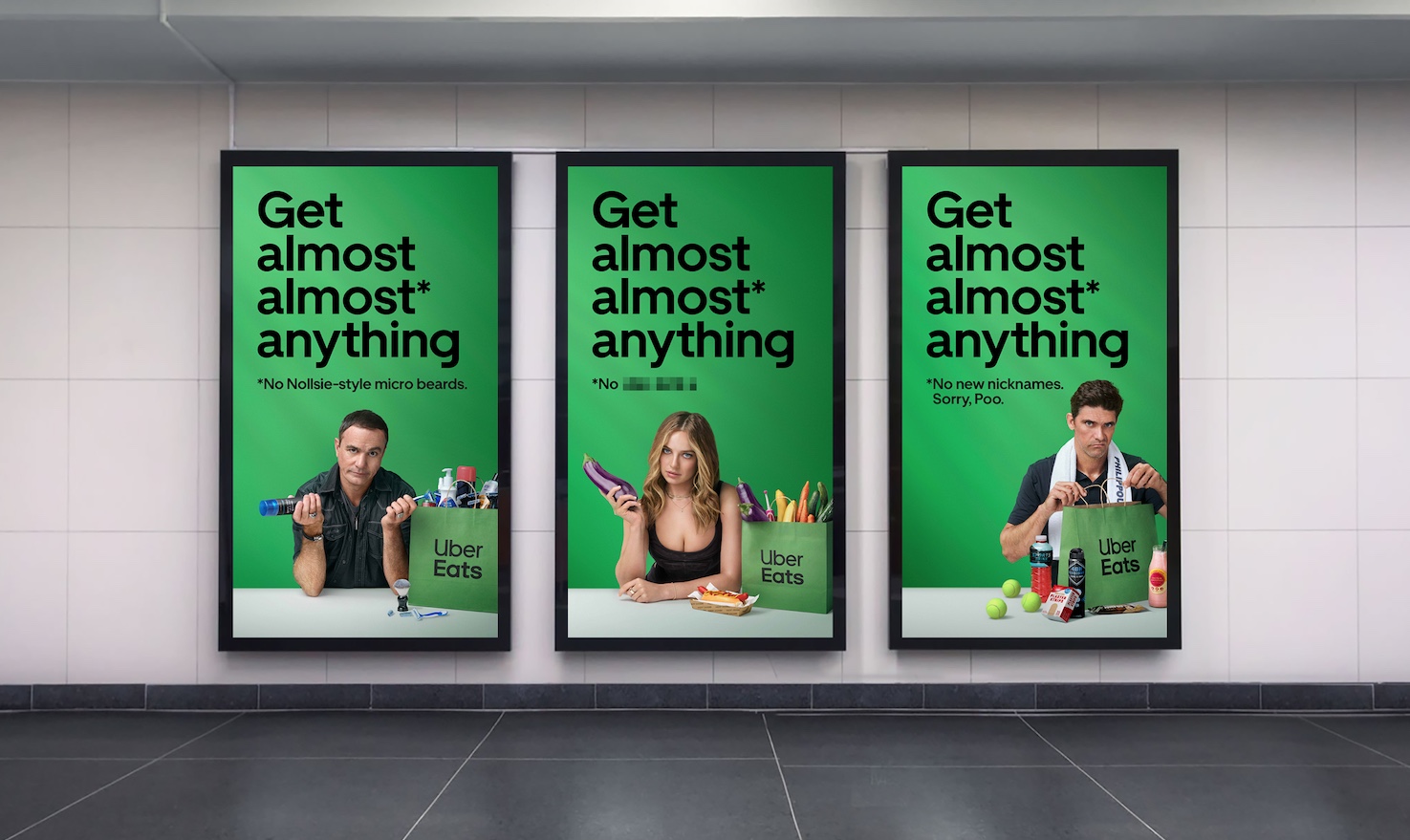