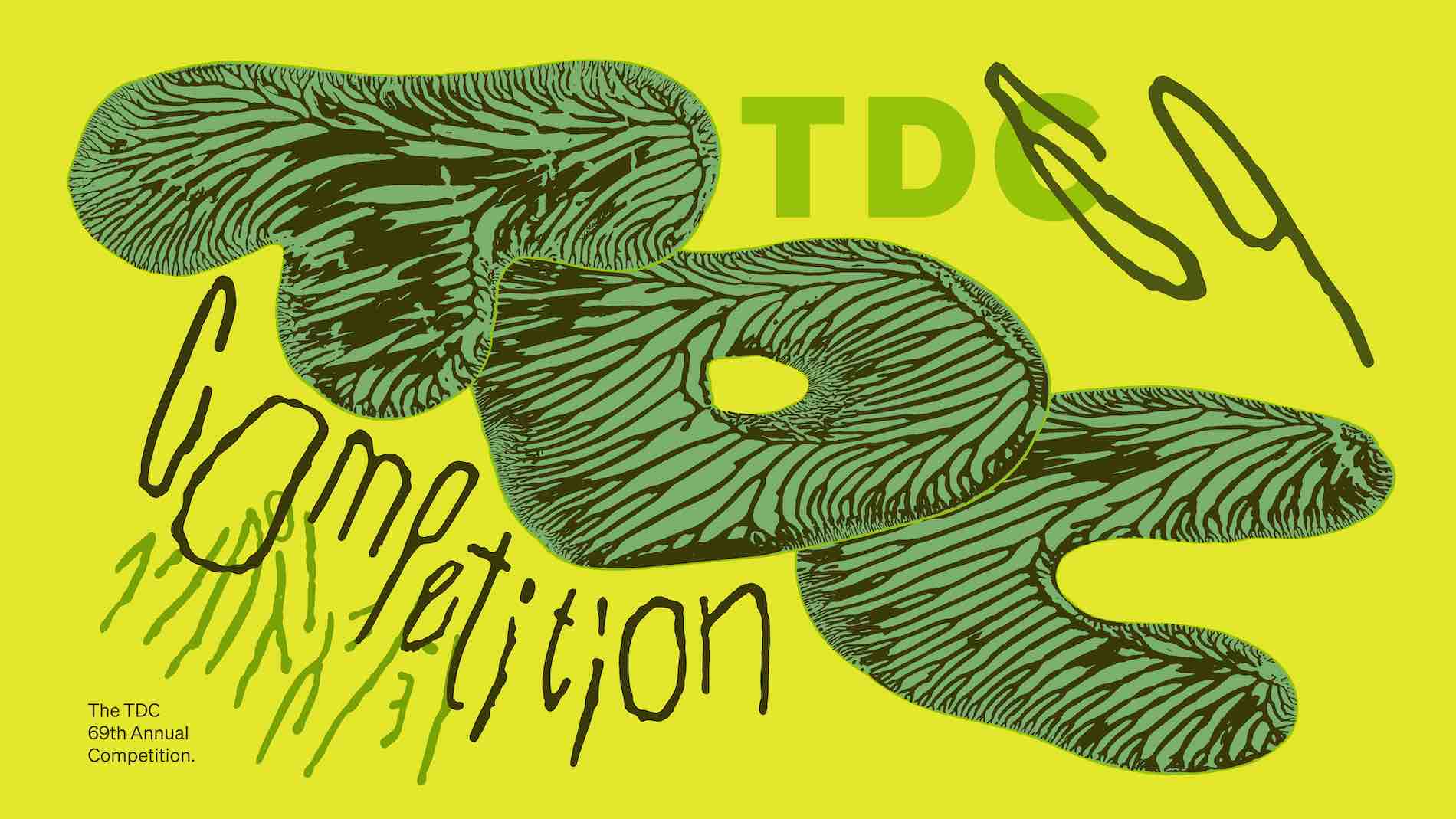 The Type Directors Club, the world’s leading typography organization and part of The One Club for Creativity, announces significant expansion in accepted work and a host of additional changes to its annual awards with today’s opening of TDC69 Annual Competition call for entries.

Previously divided into two competitions, one each for Communications Design and Typeface Design, the program is now a single competition under this year’s umbrella of TDC69, consisting of three disciplines: Type Design, Typography, and, for the first time, Lettering.

The new dedicated discipline for Lettering is for work where the letters were created or modified.  This includes contemporary lettering, traditional calligraphy, sign painting, wordmarks and custom logos, digital or analogue distortions, eccentric display typefaces, and more.  This new discipline has its own dedicated jury, made up of some of the world’s leading lettering practitioners and experts.

The Type Design discipline is for entries showcasing the design of typefaces.  New this year, it also allows for entries of any thematically applicable code or software, such as software for creating or generating type.

The third discipline, Typography, is the broadest one.  It encompasses any design or creation that uses type, lettering, or written language as a significant element, and is an expansion of what was previously the TDC Communications Design discipline. Typography includes graphic design, UI/UX, environmental design or architecture with typographic elements, film, animation and motion design, social media campaigns, new media, and anything else where typography is used.

To be eligible, work must have been produced or published in the 2022 calendar year.  Early bird deadline for entry is November 22, 2022, with entry fees increasing for the regular deadline of January 17, 2023, and final deadline on March 3, 2023.  More details can be found on the entry site.

This year’s awards competitions continues TDC’s commitment to expanding the level of diversity and representation in its juries.  This year’s juries by discipline are as follows:

Across the three juries, TDC69 has native experts for writing systems spanning Arabic, Cyrillic, Indic, CJK, Thai, and select African scripts. While the competition always accepted international and multilingual entries, last year’s addition of more judges was a reflection of TDC’s commitment to have a greater number of the most appropriate experts judging designs for which they have a deep knowledge.

The TDC competition regularly receives entries from more than 60 countries.  To make TDC69 as accessible as possible on a global level, the organization is offering significant regional discounts on entry fees.

Approximately half of the world’s countries qualify for a 60% discount, and another quarter of them receive a 20% discount, with only the most economically prosperous countries and regions paying the full entry fee.  Additional discounts are also available to TDC members and students.

Winners of TDC69 receive a Certificate of Typographic Excellence and digital seal certifying their work is among the world’s best of the year.  Winning work will also be featured in the highly respected TDC Annual, The World’s Best Typography, and showcased in eight exhibitions that travel to museums, schools and design organizations around the world.

TDC69 winners will also now be part of The One Club’s prestigious Global Creative Rankings, earning points alongside winners in The One Show and ADC Annual Awards to chart the world’s leading independent creatives, ad agencies, production companies, and brands.

Led by Ksenya Samarskaya, TDC managing director, this year’s competition committee included TDC Advisory Board members Trisha Tan in New York, and Kimya Gandhi in Berlin.  The trio oversaw TDC69 branding, which stems from organic shapes and movements, and exemplifies how type can embody concepts large and small, including our connection to natural systems.

Lettering for the TDC69 branding campaign, with elements in both English and Japanese, was created by designer Ryu Mieno, based in Kyoto, and brought to life with animations by Federica Caso, in Madrid.  The website was developed by Eric Jacobsen, based in Brooklyn, and paired with The One Club’s entry system.

Says Samarskaya: “Our aim is to make the TDC competition as relevant to the greater typographic culture as possible. We’re excited to accept and celebrate entries in more disciplines and styles than ever before, aligning with the fact that typography really is everywhere.  Our incredible global jury brings cultural nuance and a wide range of opinions and expertise to the competition, and will offer insights on more writing systems and regional semiotics than at any time in TDC’s 76-year history.”

Please visit the TDC69 entry site for more information and to enter this year’s competition.