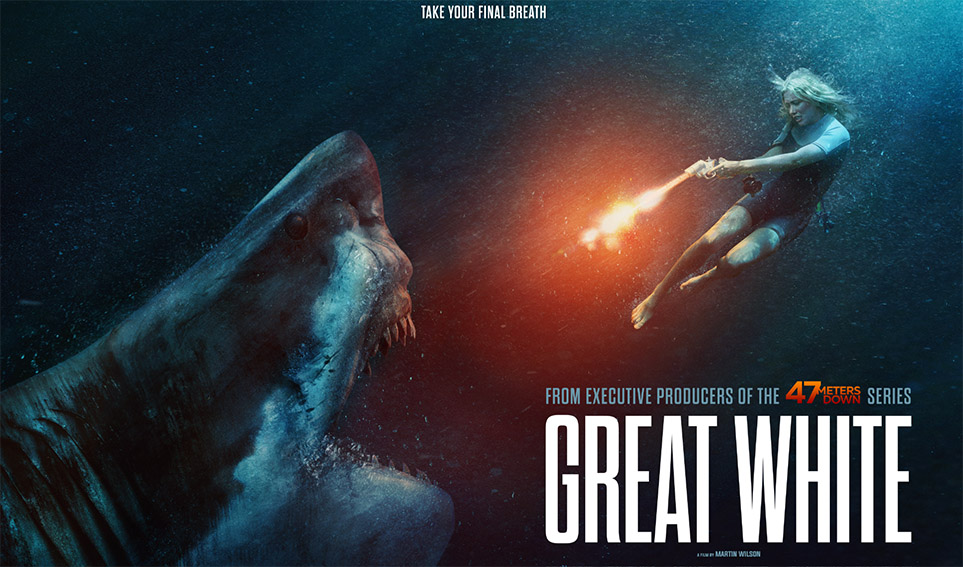 30 Rock’s Katrina Bowden is the star of the movie that was shot off the coast of Brisbane. It also stars Aaron Jakubenko and Kimie Tsukakoshi.

The movie was written by Michael Boughen (Tomorrow, When The War Began) and produced by Thrills & Spills and Piccadilly Pictures with Michael Robertson and Neal Kingston producing after teaming on Black Water: Abyss. Kingston worked in Perth for many years running Monsters With Two Toes.

A fun filled flight to a remote atoll turns into a nightmare for five passengers when their seaplane is destroyed in a freak accident and they are trapped on a raft, 100 miles from shore with man-eating sharks lurking beneath the surface.