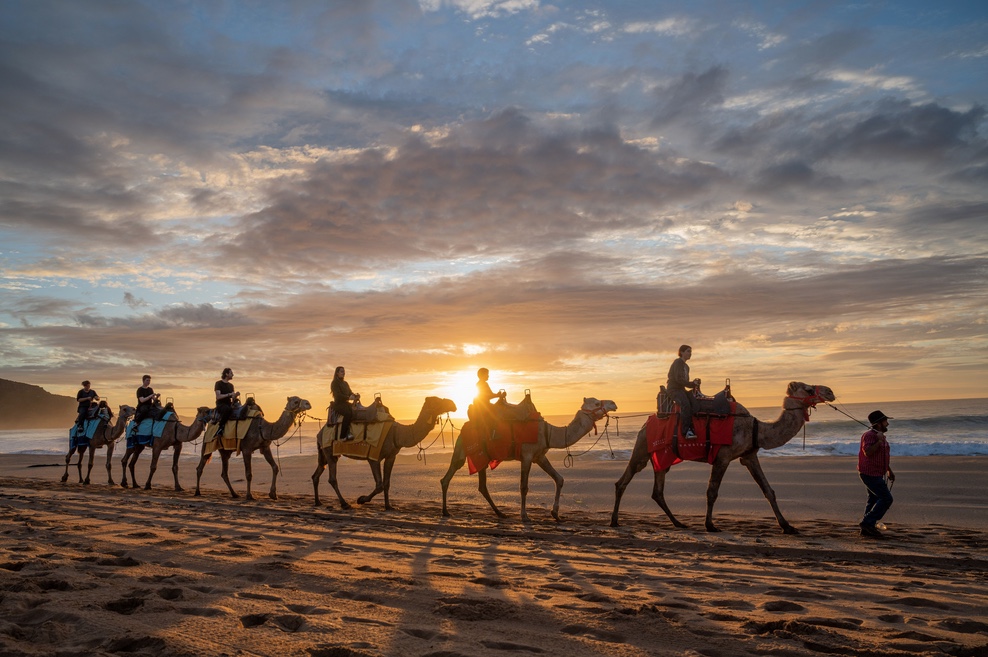 Tourism Western Australia recently staged a showcase of WA’s celebrated wildlife to Sydneysiders when Broome’s famous camel train wandered along Palm Beach at sunrise, while a pop-up of giant inflatable quokkas adorned the shores of Bondi Beach. The wildlife activations, developed by The Mint Partners, form part of Western Australia’s invitation to entice Australia’s east coast to book a holiday and tick-off some extraordinary ‘bucket list’ moments when they ‘wander out yonder in WA’.

Says Carolyn Turnbull, managing director, Tourism Western Australia: “The uniquely West Australian pop-up activations in Sydney this weekend have been designed to re-ignite and engage Australia’s east coast with a playful and immersive taste of the unique experiences on offer in our state.” 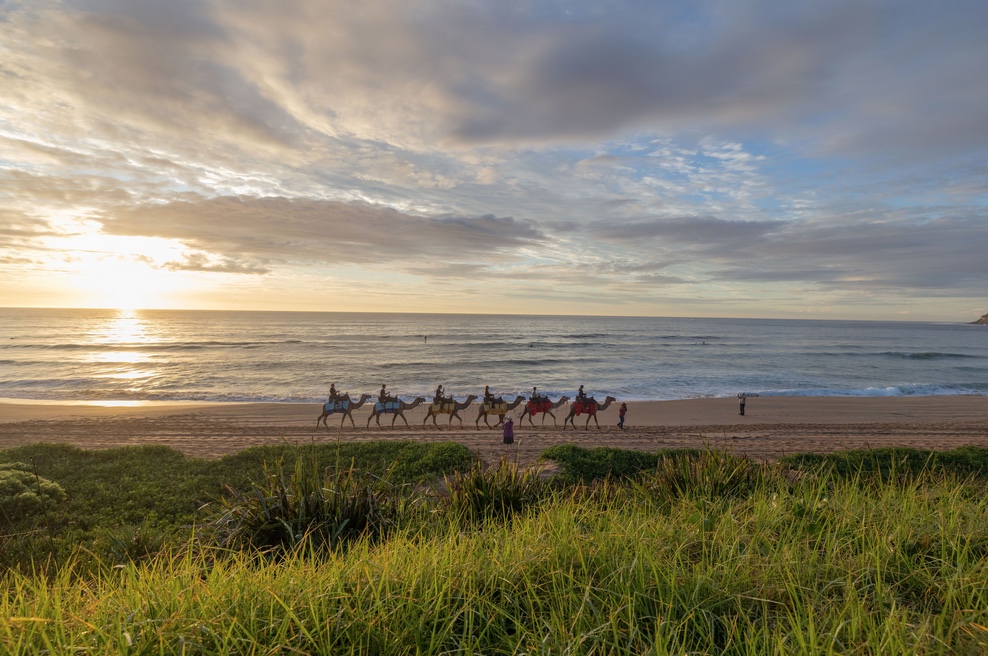 Sydney’s Palm Beach North, chosen for its landmark affiliation with Broome’s 22 kilometres of soft white sand on Cable Beach, was the set for the iconic, world-famous train of camels on Cable Beach. Staged at sunrise, Palm Beach locals were entranced as the camels, themed with landscape colours of Western Australian, trailed along the beach in the early soft light at sunrise.

Tony Howell, from the magnificent Cape Lodge estate in the Margaret River, prepared a taste of local produce and Dale Tilbrook, a Wardandi Bibbulmun woman from Dale Tilbrook Experiences, demonstrated an educational bush tucker and tasting experience which included the medicinal and healing qualities of Australia’s indigenous plants. And, Celeste Boonaerts, one of the only women working in the Australian pearl farm industry, showcased some rare and pure South Sea Pearls from Cygnet Bay Pearl Farm. 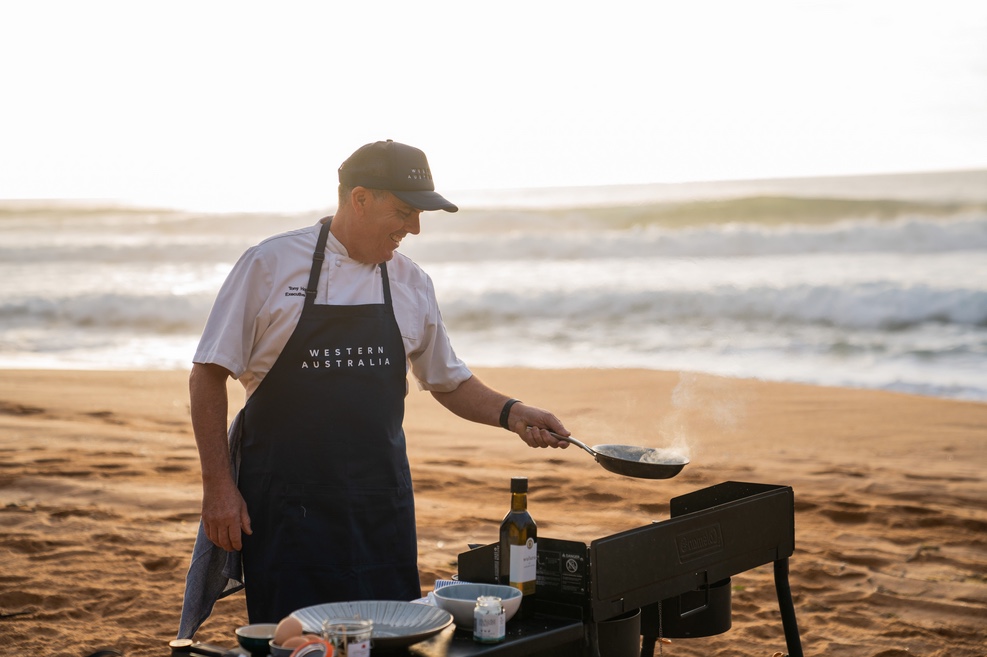 The Palm Beach set included media guests and local passers-by who were attracted to the surprise spectacle of camels trailing the beach.

Meanwhile, at Bondi Beach, a series of giant inflatable quokkas were installed along Campbell Parade inviting visitors and Bondi locals to nail the famous Instagram ‘selfie’ with the playful replicas of one of Australia’s most popular marsupials. The gathering crowds over Saturday and Sunday were invited to enter a competition for the chance to win a $5,000 voucher to holiday in Western Australia. 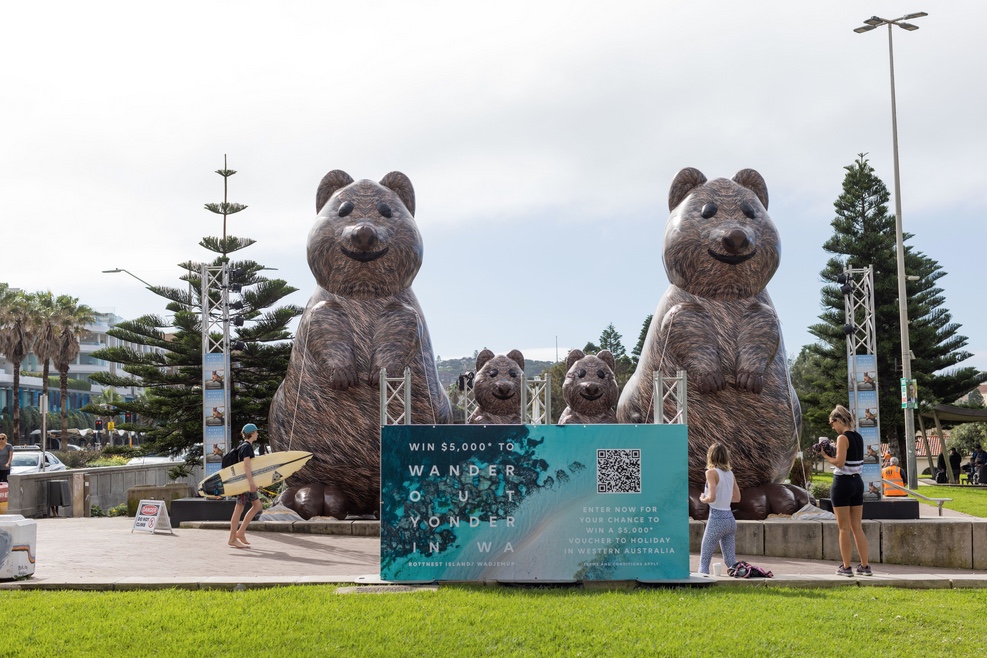 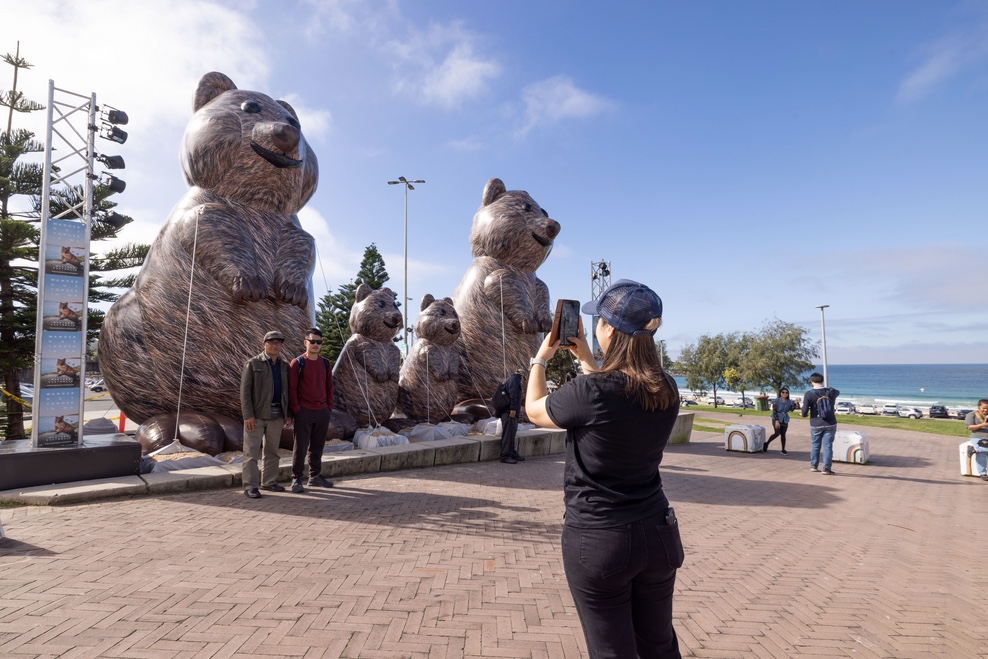