The Work Behind The Work: One House to Save Many + GTI Hijack – The Ad Break Championship 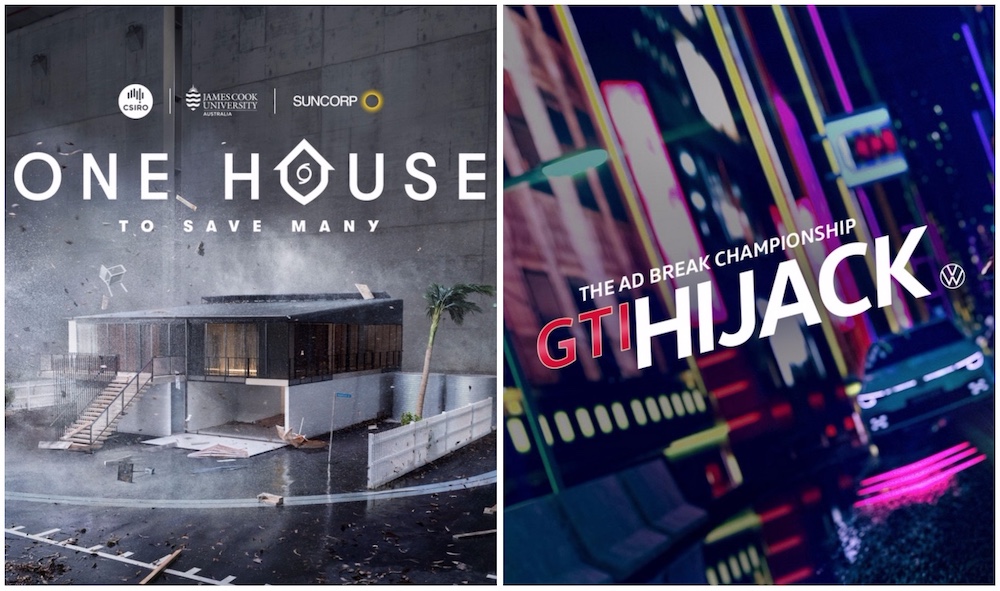 AWARD’s signature festival This Way Up: Australia’s Advertising Festival of Creativity is currently underway at The Ovolo, Woolloomooloo, Sydney.

Google APAC Creative chief Dave Bowman has just presented ‘Work Behind the Work’ – a panel session that goes behind the scenes to unpack the inspiration, creativity and process behind award winning advertising campaigns from the last year: Suncorp’s One House to Save Many with Leo Burnett Australia and Volkswagen’s GTI Hijack – The Ad Break Championship with DDB Sydney.

Leo Burnett’s ‘One House To Save Many’ for Suncorp and DDB Sydney’s ‘Volkswagen’s GTI Hijack – The Ad Break Championship’, both feature in Campaign Brief’s THE WORK 2022.

Each year, hundreds of thousands of Australian homes are destroyed or damaged by extreme weather. And each year nothing changes. We just pick up the pieces, rebuild the same way, and hope it won’t happen again. And with the ever-increasing effects of climate change, the problem is only getting worse.

To help solve this enormous problem, Suncorp partnered with the CSIRO, James Cook University and Room 11 Architects to create ‘One House to Save Many’. The world’s first home designed, scientifically tested, and built to withstand cyclones, floods, and bushfires.

One House is the blueprint for the future of Australian housing. Enabling Australians to live in harmony with nature, and not in fear of it.


In Australia, car brands are the second biggest advertisers on TV. So, to launch the new Golf GTI, we did something to make sure people saw ours – we hijacked the entire ad break and turned it into a live gaming platform. We purchased the first ad in prime-time ad breaks and, using a QR code, let people launch an in-browser racing game via their phones. Players raced live against everyone else watching, for the exact length of the ad break. This turned a 30-second commercial into a 3-minute brand experience and made sure our ad was the only one people watched.