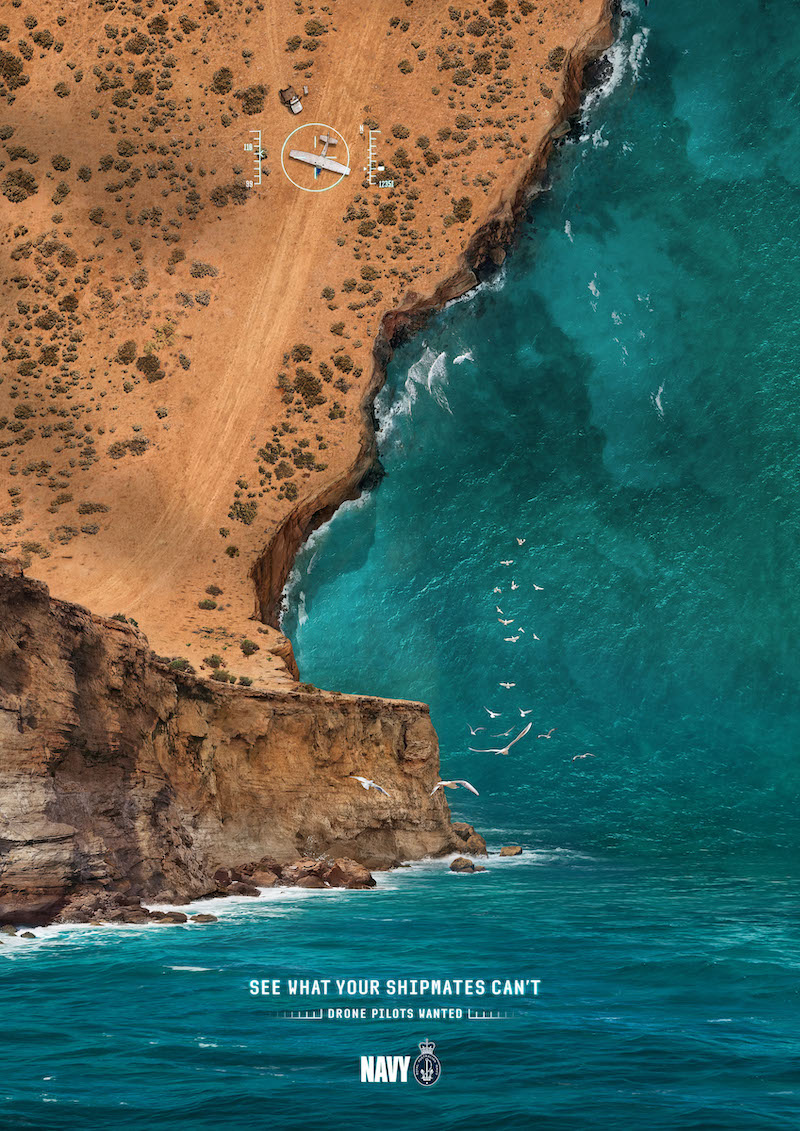 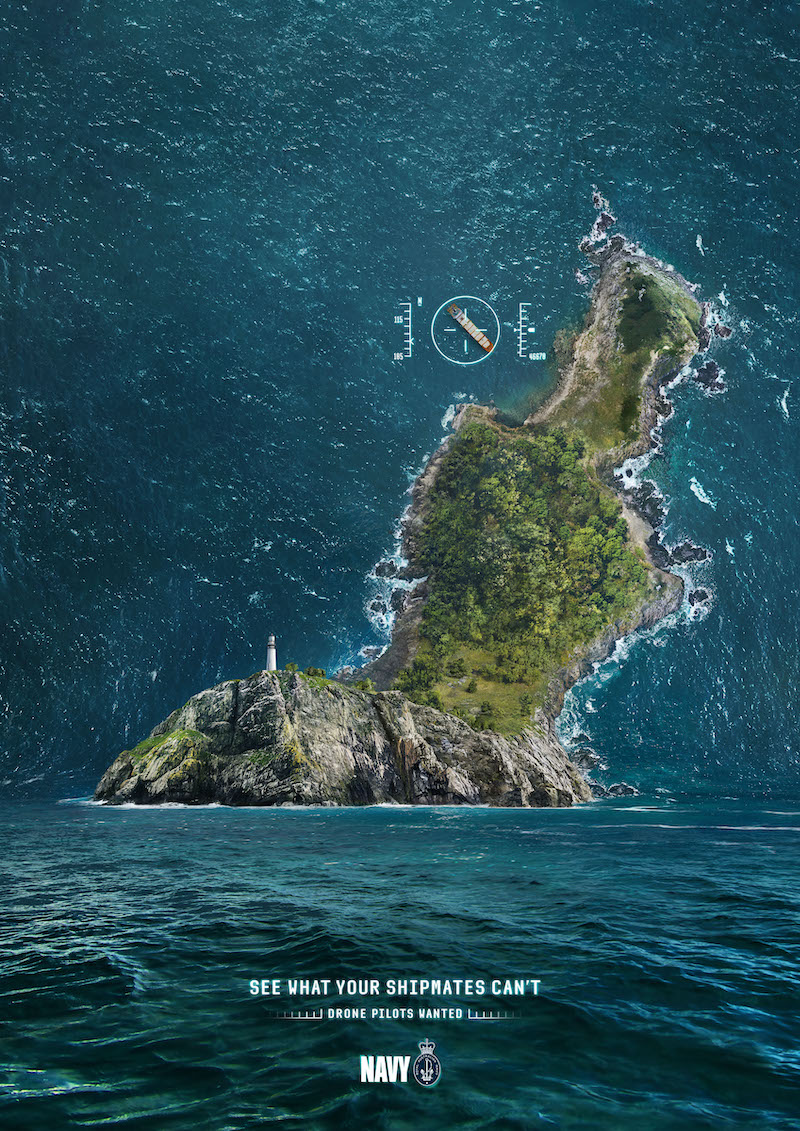 Defence Force Recruiting: See What Your Shipmates Can’t
VMLY&R Australia
Drone pilots in the Australian Navy are the eyes of the ocean. They extend the combat radius of the ship and can identify surface contacts – like drug smugglers and pirate vessels – in advance. To attract new recruits, these posters changed the perspective and bent reality to demonstrate how drone pilots see what their shipmates can’t.

Defence Force Recruiting: Audio Ad You Can See
VMLY&R Australia
The Audio Ad You Can See is 56 seconds of audio. But hidden inside the audio is a poster – a recruitment ad for the Australian Navy. To find it, the audio needs to be analysed with a spectrogram. It’s a tool that manipulates frequencies in the electromagnetic spectrum and is also used by the Navy to identify threats at sea that can’t be seen. Only those with the right skills and problem-solving abilities could find the hidden message and discover the link that took them directly to the job listing. The result was an audio ad that was also a print ad, a social post, user-generated content, a direct recruitment campaign, and an innovative way for the Australian Navy to find its new intelligence recruits.

Defence Force Recruiting: Your Life, Plus Army
VMLY&R Australia
The Army Reserve had an image problem. People thought it was just the same as full-time Army, and that meant you needed to completely change your life to wear the uniform. We needed to show Australians that the Reserves was different – that you didn’t need to give up your career, studies or hobbies to join. And, we needed to capture all the excitement, adventure, fun and camaraderie that comes with it. The result was Your life, Plus army Reserve. 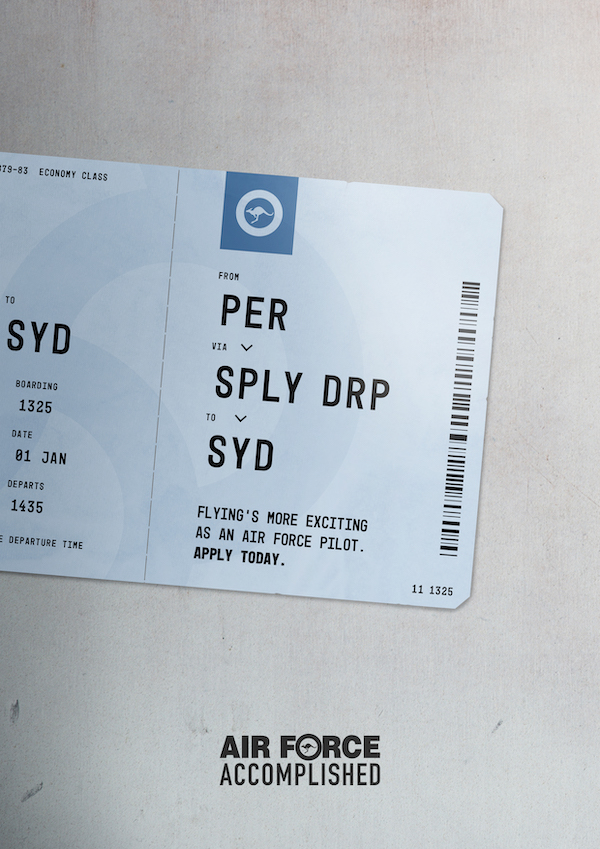 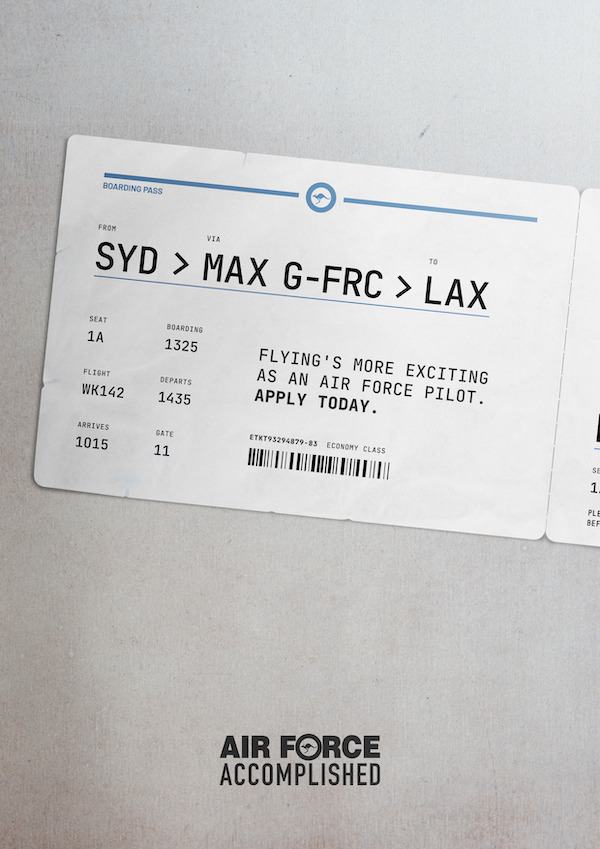 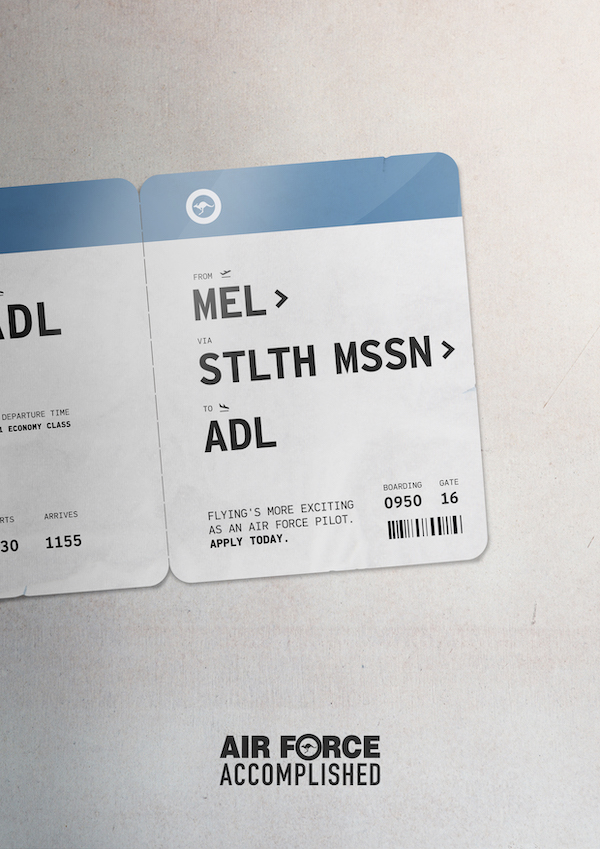 Defence Force Recruiting: Flying’s More Exciting
VMLY&R Australia
Civilian pilots do the same thing day in day out. While their routes can change, their job is always to take passengers from one city to another. In the Air Force, things are a little different.
We used the familiar visuals of plane tickets to show the added thrills of Air Force piloting, because you’re not just flying from Perth to Sydney, you’re manoeuvring powerful jets at unbelievable speeds to complete the mission at hand. These are the kinds of flights you can’t do anywhere else.

Bond University: Micro Doors
VMLY&R Australia
After the floods of March 22 cleared, a small ambient outdoor media campaign was revealed at ground level. Actual tiny doors that opened opportunities to study Bond University micro credential courses: training that had the power to help in a time of need.