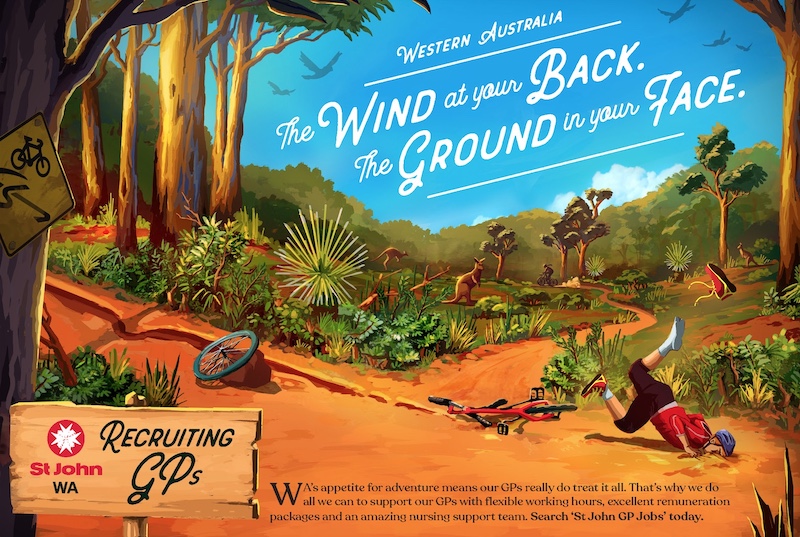 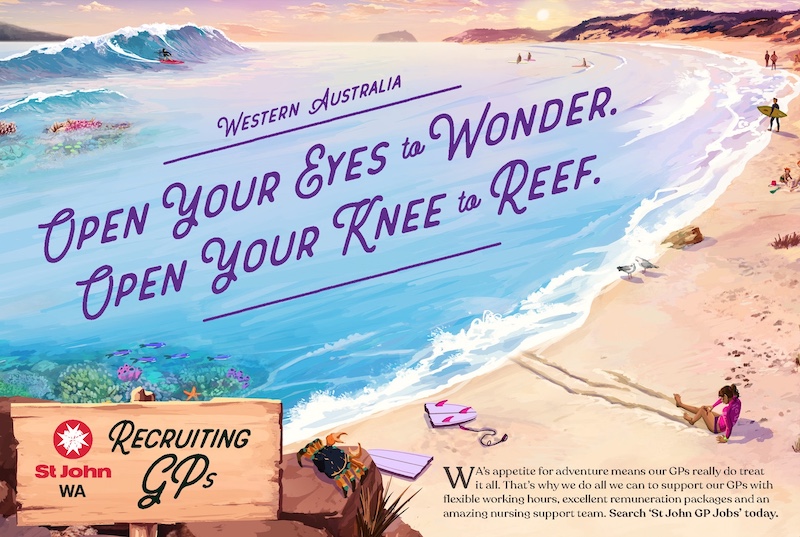 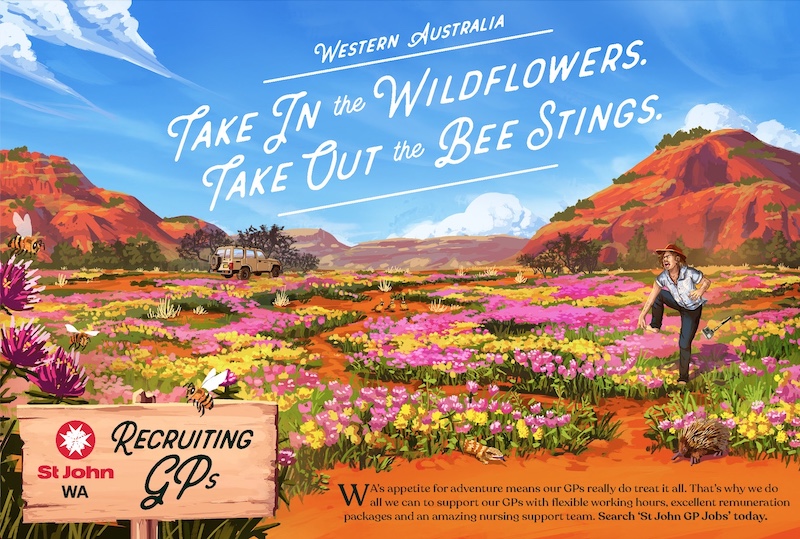 St John WA: Painfully Beautiful
303 MullenLowe, Perth
Reminiscent of beautifully illustrated postcards of far-away exotic locations, the campaign aims to recruit doctors into the state of Western Australia. Each scene depicts a painful accident in the picturesque setting, and invites GPs to come to Western Australia to treat these adventurous ailments. 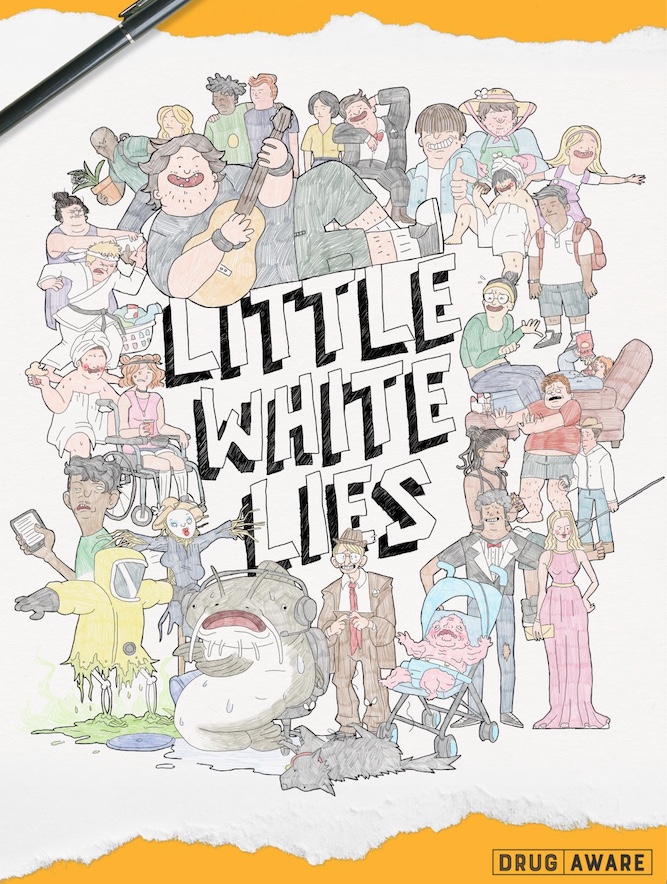 Mental Health Commission: Little White Lies
303 MullenLowe, Perth
‘Kids do drugs’ is a commonly accepted truth… except they don’t. At least 4 out of 5 of them in Western Australia don’t. This ‘little white lie’ and many others are called out in this oddball musical animation for teens. 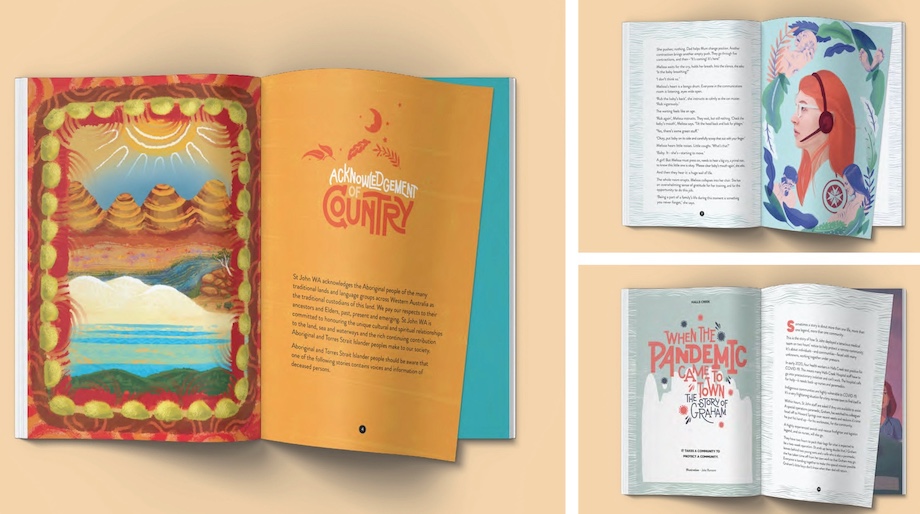 St John WA: Land of Legends
303 MullenLowe, Perth
Life has gotten busier – people have less time, and more to do. Which has made volunteering for organisations like St John a harder ask. This illustrated storybook tells many of the true adventures that St John volunteers have found themselves in over the past century. Previously only shared by locals over fences and cups of tea, these tales of heroism, love, grief, and hilarity repositionss‘volunteerism’ as an incredible life pursuit… for the next generation of potential little helpers.