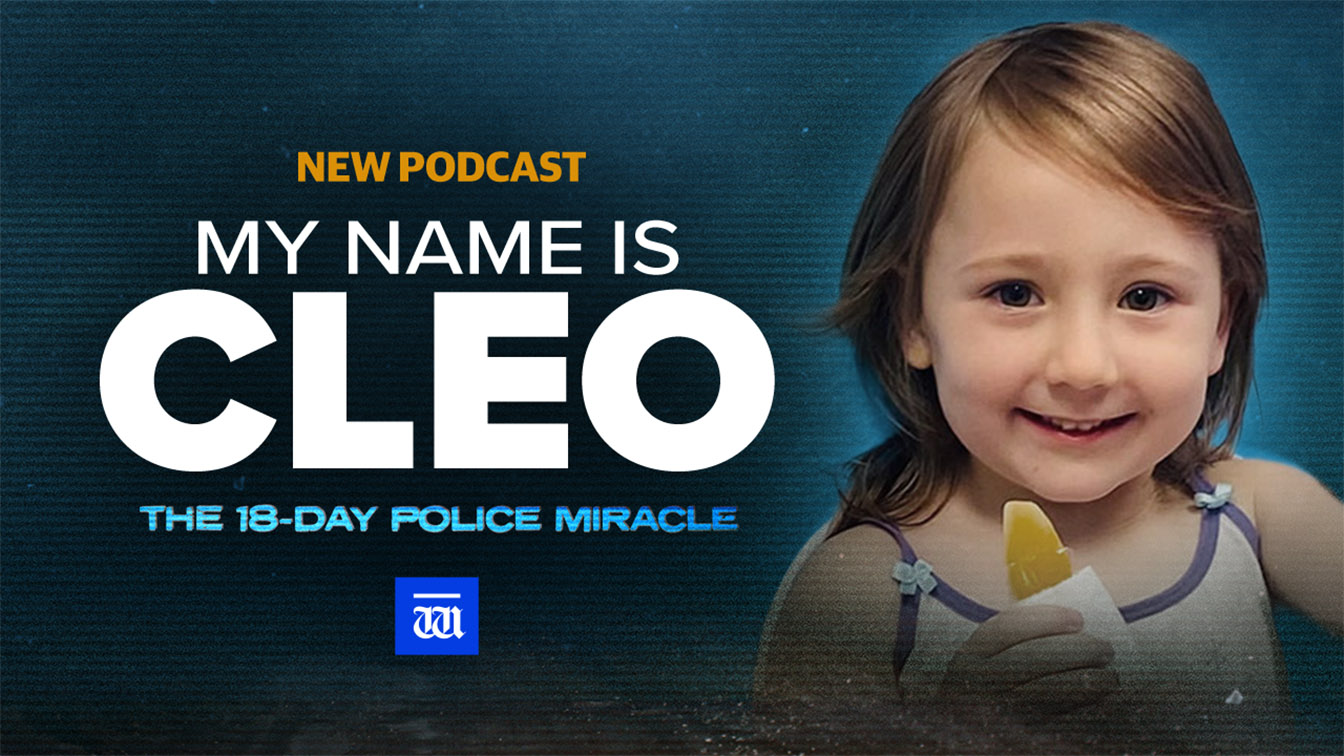 The chilling details of every parent’s worst nightmare as it unfolded. Eighteen long, desperate days recounted as police scoured Western Australia for four-year-old Cleo Smith, who vanished from her family’s tent in the middle of the night.

From the studios of The West Australian, hear first-hand accounts from locals, authorities and reporters that will transport you to the heart of the scrubby, desolate surrounds where this desperate search for Cleo Smith played out in a new podcast called MY NAME IS CLEO: The 18-day police miracle.

Expert analysis on the investigation as it unfolded is led by award-winning producer Natalie Bonjolo, who also hosted the Claremont: The Trial podcast, which has to date amassed more than 7 million downloads across 100 countries.

“The search for Cleo galvanised not just a town, but the whole country. In this podcast some of those involved recount in their own words what it was like the day after Cleo disappeared, and in the eighteen days that followed. What they share is a window into the extraordinary scenes that were unfolding,” she said.

Shorten has built a national following through her coverage of a number of high-profile child abduction cases in Australia, including the 2003 disappearance of Daniel Morcombe in Queensland. She also campaigned relentlessly in the hunt for answers in the case of 11-year-old Gerard Ross, who was abducted from Rockingham in WA and murdered in 1997.

Shorten said the whole country, herself included, had been emotionally invested in Cleo’s story and that the four-year-old’s miraculous rescue still felt “surreal”.

“When Cleo vanished, her disappearance felt chillingly similar to that of other child abductions I’ve covered so as the days passed, I definitely assumed the worst,” Shorten said.

“I feared not only for Cleo but also worried that she might never be found and her family might never know what had happened to her. So for police to find her alive was so extraordinary, unexpected and unlike any outcome I’d ever reported on.”

MY NAME IS CLEO: The 18-day police miracle. Listen now wherever you get your podcasts or listen here.