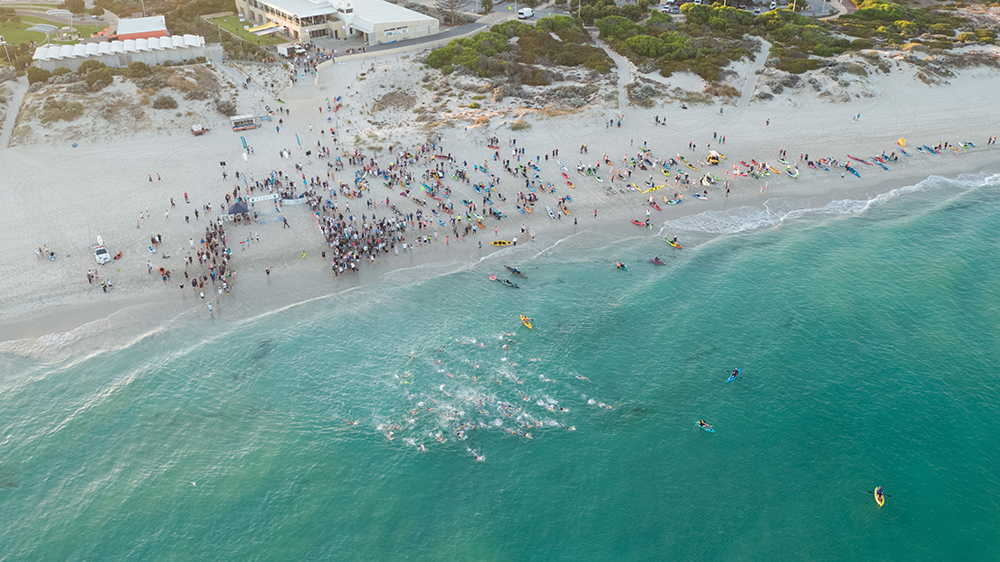 The Hub Marketing Communications has added public relations to its existing marketing services for the 2020 Channel 7 Port to Pub with Hotel Rottnest this year – broadening its role with the ocean swimming event as their partnership hits the five year mark.

And, with Channel Seven announced as the event’s new naming rights sponsor, the Channel 7 Port to Pub team look forward to spreading the message of the event being ‘a swim for all’ throughout the state and beyond.

The Hub’s Managing Director Nicolle Jenkins said, “We are thrilled to continue to grow our relationship with the Port to Pub team. Bringing the public relations and marketing under one agency will enhance the communications and, with Channel Seven on board, we look forward to engaging more swimmers, while maintaining the message – it’s a swim for all.”

Port to Pub co-founder and director Jane Munday said, “We engaged The Hub early in the establishment of the event to assist with all elements of the event’s branding and marketing. We chose Hub as it was a local agency and one we felt understood our market, the swimming community, and what we were setting out to achieve. We’ve continued to build our relationship and The Hub is a valued advisor to the event.”

Being held on March 21 next year, the large-scale 19.7km open water swim from Leighton Beach to Rottnest is expected to attract more than 1500 swimmers – both novice and competitive – as solos, duos and teams of four and six. The event’s 25km ultra-marathon solo swim route is recognised as the longest open water swim in the southern hemisphere and will run concurrently – starting with a 6km loop from Leighton to Cottesloe, prior to the Rottnest crossing.

Corporate teams of two, four and six swimmers can also register to be part of the annual K&L Gates Corporate Cup, held within the event.

Munday said the event is an exciting opportunity to get involved in the community and achieve team goals with family and friends, or personal goals in a solo swim. Hotel Rottnest is a major supporter of the event, along other major sponsors; The West Australian, KC Australia, Austral Fisheries, Fremantle Foundation and Rottnest Express.

Swimmers are urged to sign up now via the website to secure a place, and to begin their preparation in line with the open water swimming season.