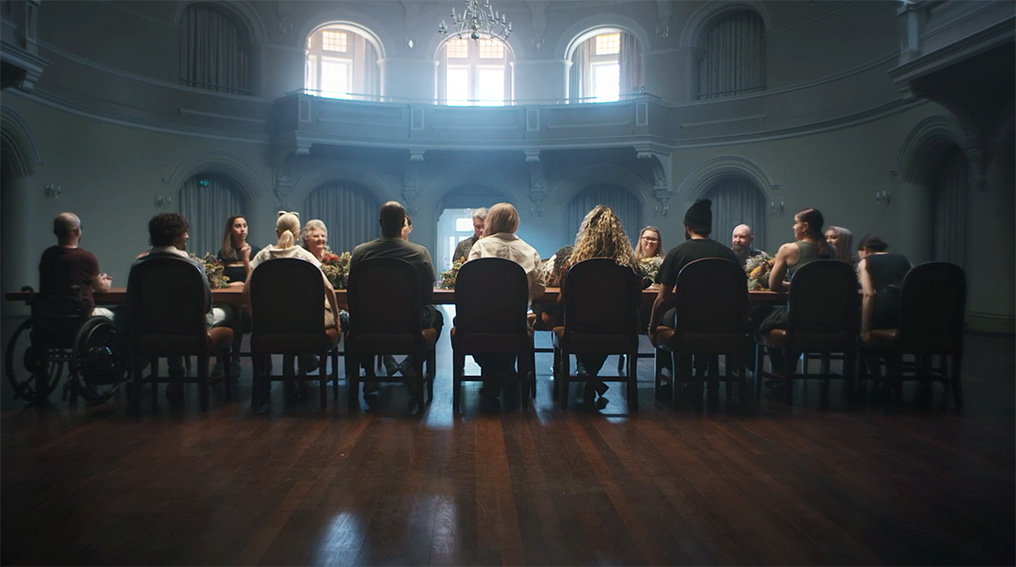 In its first campaign for the Western Australian Electoral Commission, since being appointed to the business last year, The Brand Agency has created ‘Take your seat at the table’.

The campaign is designed to encourage all Western Australians to exercise their democratic right to vote in the upcoming state election, because everyone has an equal say in the future of our state. A true democracy is only made possible when we all participate and take our ‘seat at the table’. The table is a symbol of our state, our government and our community, the different opinions, culture, identities and experiences that make it up.

Launching before Christmas, it is the only ad ever to be filmed in Government House (we think!). Running state-wide, and translated into many different languages, the extensive media schedule includes TV, online video and audio, radio, social media, out of home, press and search. A robust strategy and media planning phase ensured the campaign would both reach and resonate with the vast target audience.

Beyond the campaign, The Brand Agency has also delivered a refreshed and evolving campaign landing page and a direct marketing strategy.

Andrea Jones, Account Director at The Brand Agency, said: “We ran the shoot like a strategy workshop, with the talent unaware of what we were producing. With their mix of backgrounds and beliefs, it was incredible to see them build genuine relationships over the course of the day (some even exchanging numbers!). It was such a genuine reflection of the sentiment of voting, everyone in our state coming together to vote, no matter what their views.”

“The WA Electoral Commission was proud to work with The Brand Agency in creating this campaign. It’s difficult to find a message that resonates with all electors but at a time of uncertainty and falling confidence in democratic institutions, the Commission is confident that this campaign will remind all West Australians that their vote is important and it is their greatest opportunity to help shape our future.” Says Western Australian Electoral Commissioner, Robert Kennedy.

Creative Director, Dean Hunt, said: “With all that’s going on the world, how amazing is it that we live in respectful and true democracy. This campaign reminds us what the power to vote is all about. Everyone gets their say, all voices are equal and everyone gets a seat at the table. I’m particularly proud of how our team including clients, agency and production partners worked together to create this celebratory and honest campaign.” 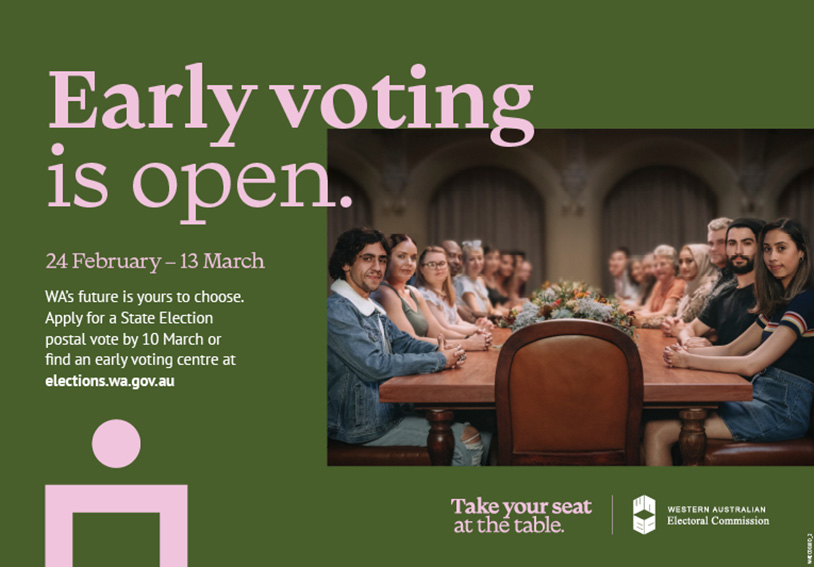