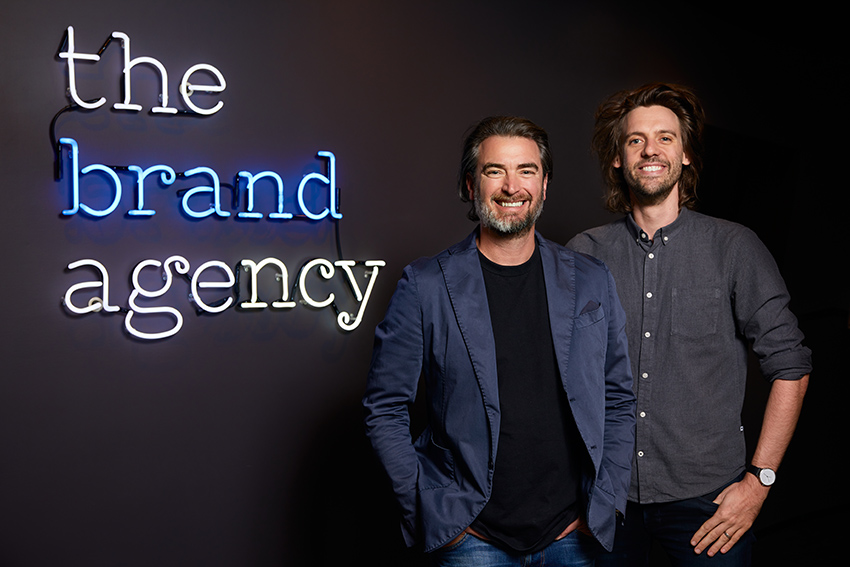 In a move to further extend its creative capabilities, The Brand Agency has added copywriter Dan Debuf permanently to the team.

Debuf (pictured right) is best known for his decade-plus long career in radio as the “Dan” half of the duo Dan and Maz, which was a number one rating national drive time show and the flagship Sydney breakfast show for the Southern Cross Austereo network.

He is Perth born and bred and has appeared at fringe and comedy festivals across Australia, including the Melbourne International Comedy Festival and Perth Fringe World. He recently wrote a musical about the Spud King of Western Australia, “Tony Galati the Musical,” which premiered at Perth Fringe World to sold out houses and rave reviews and has since been remounted for a second sold out run.

Dean Hunt (pictured left), Creative Director, The Brand Agency, said: “Dan Debuf. Anyone who’s written a musical about potatoes certainly gets my attention. Not only is Dan an incredible creative thinker and writer but his experience across many commercial and creative platforms adds some real spice to our offering. We’ve spent the last year building the strongest team possible. One that supports, inspires and challenges each other. Teaming him up with local legend and Head of Art Nate Teoh, means exciting times ahead.”

Debuf said: “I’m excited to be joining The Brand Agency. The work they’re making here in Perth is world class. Couple that with their proximity to the Re Store, and you have a winning formula for both creativity and delicious Italian sandwiches.”

Debuf previously worked as a creative at The Royals in Melbourne and has also hosted various TV shows including the Bachelor Unpacked and The Loop for Network Ten.