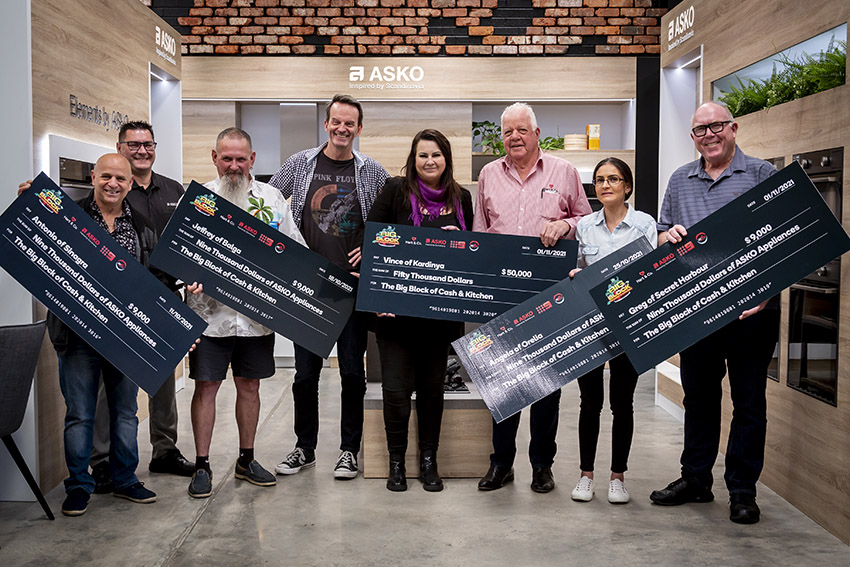 It was campaign that had Perth talking, and after four weeks of contesting and hundreds of entries, The Big Block of Cash and Kitchen came to a spectacular conclusion earlier this week, with one lucky person in Perth winning $50,000.

Each week leading up to the culmination, winners played for a $9,000 voucher to spend on ASKO appliances at Hart & Co in Osborne Park.

Throughout October, viewers of Channel 9’s The Block, were given a nightly Blockword then encouraged to listen to 96FM the following day for the cue to call. Stating the correct Blockword would unlock 9 entries into the competition.

Then on Monday morning, Vince of Kardinya received the call from The Bunch, Clairsy & Lisa, on 96FM to claim the grand cash prize of $50,000.

The campaign was brought to life via a creative collaboration between 96FM and Channel 9, Hart & Co and ASKO. It ensured maximum reach and premium brand exposure for all stakeholders across multiple platforms including television and radio.

All the winners were presented their prize cheques last Thursday morning at Hart & Co (pictured), together with Rick Hart, and Clairsy & Lisa from 96FM.

Perth’s favourite Blockheads Ronnie & Georgia even provided a special congratulatory video message from The Block itself in Melbourne.

The highly anticipated finale of The Block last night led Nine Perth to an overwhelming Sunday win, securing a winning commercial share in market of 52.1% with People 25-54, 64.7% with People 16-39, 53.0% with GS + Child and 50.4% with Total People. The Block winner announcement was the No. 1 program in Perth and a dominant timeslot winner locally with ALL key demos and Total People. 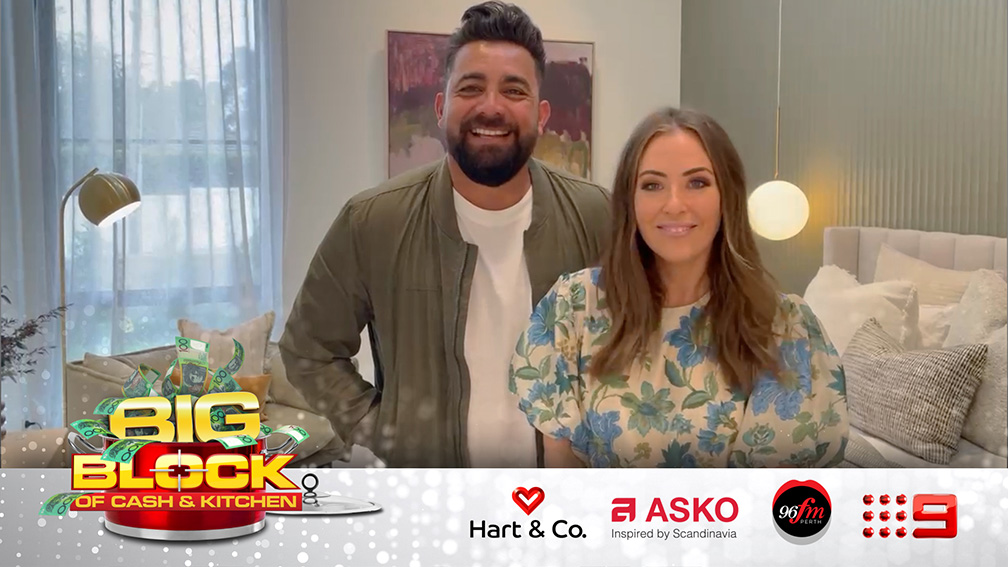