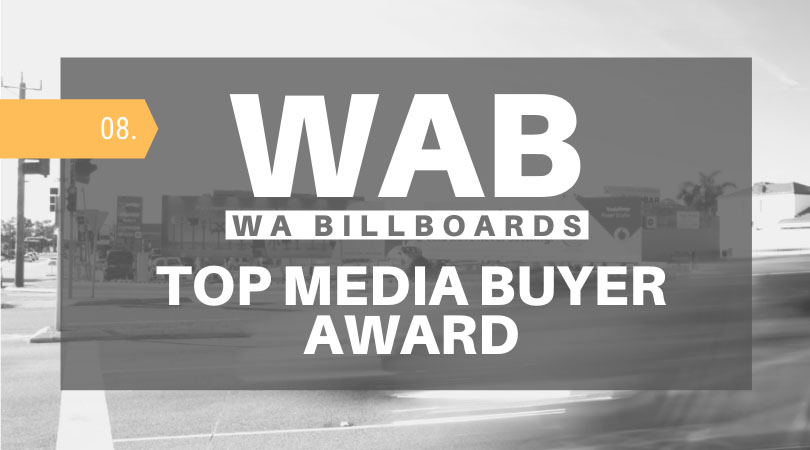 Brown successfully secured a regional airport campaign which put her head-and-shoulders above the competitors.

“Thank you Tahlya and all our media buyers for their continued support throughout the year” says WAB Director Kerry Robinson. “We look forward to seeing who will win the final award for 2019”.

The competition was created to recognise and acknowledge media buyers for their hand in assisting the WA Billboards team, which is one of the last privately owned, dedicated outdoor media companies in Western Australia.

Keep your eyes peeled for the November – December winner, who will be announced in a few weeks.