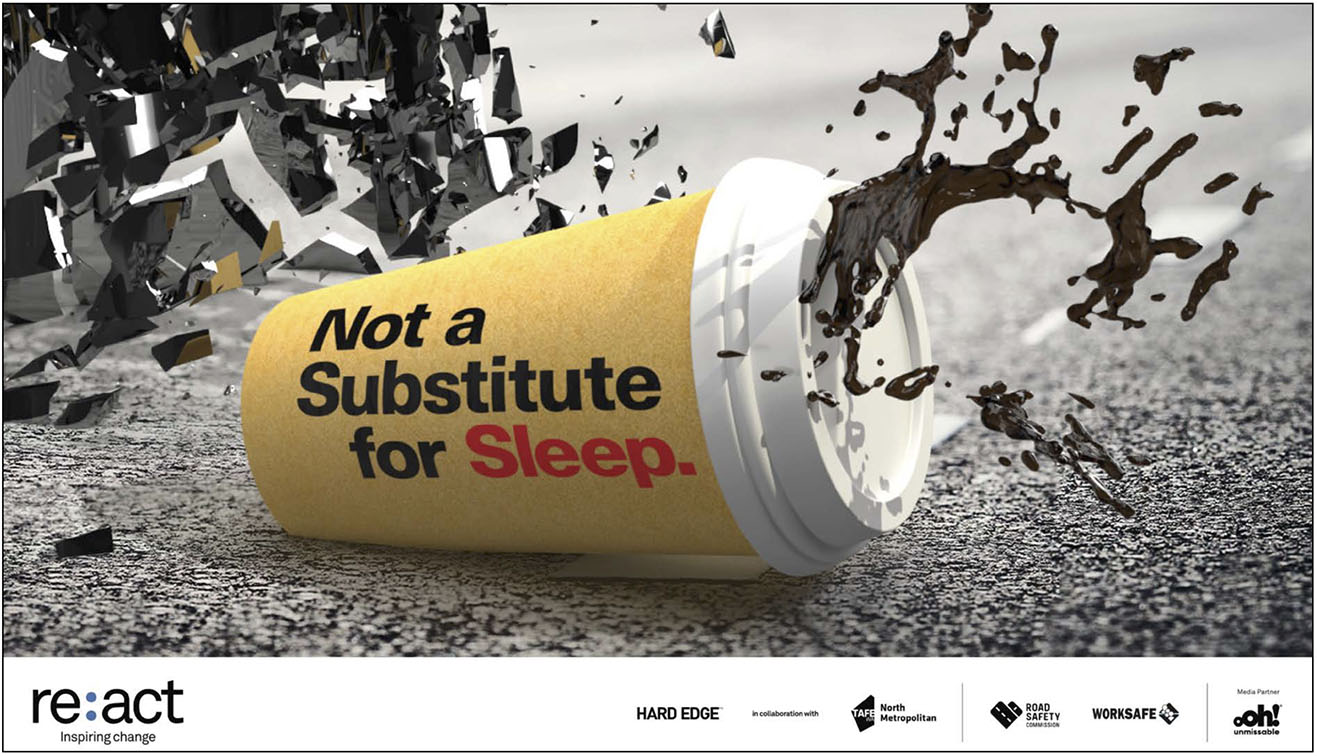 An eye-catching road safety campaign that focuses on young drivers using stimulants like coffee to counteract the effects of fatigue is the selected Re:act TAFE 2021 campaign in Western Australia.

Devised by North Metropolitan TAFE graphic design student Stephanie Simpson (pictured below), the ‘Not a Substitute for Sleep’ campaign raises awareness among young drivers of the risks of driving fatigued by highlighting stimulants cannot overcome the effects of driving tired.

The campaign was created as part of the annual Re:act road safety behaviour change program, which challenges TAFE graphic design students to create a campaign that raises awareness among 16-24 year old road users, including apprentices, of a critical road safety issue. The 2021 topic was fatigue.

An initiative of strategic behaviour change agency Hard Edge, Re:act has been raising awareness and changing behaviour among young road users for several years, running in selected Australian universities since 2016. In 2021, the program grew to include TAFE students, with North Metropolitan TAFE in Western Australia, Holmesglen TAFE in Victoria and TAFE Queensland all running the program in the first half of the year.

Stephanie Simpson, the TAFE student who created the selected campaign, said research conducted as part of Re:act uncovered that a high proportion of young drivers turned to stimulants to mask the effects of fatigue.

“What stood out when we did our research was that young people in general think it’s okay to use stimulants to combat the symptoms of fatigue, so I wanted a campaign to warn people against that and let them know that the only way to combat fatigue is to get a good night’s rest.”

“I’m a shift worker and I finish work in the early hours of the morning. It’s only a 15 minute drive but I do pay a lot more attention now to how tired I am when I leave work and if I should be driving.”

Hardwick said: “The selected ‘Not a Substitute for Sleep’ WA campaign is so clever in its execution by showing what can occur when driving fatigued, without directly showing a crash, while dispelling common myths. It reflects the high standard of creativity and thinking students at North Metropolitan TAFE produced.”

“It also demonstrates a key strength of the Re:act approach, where participating students conduct primary research with their peers to uncover the type of road safety messaging that will resonate with them.

“We’re thrilled we were able to run Re:act with TAFE students in WA this year, and we thank the team at North Metro TAFE and program partners WorkSafe WA and Road Safety Commission for making that happen.”

WA Minister for Road Safety Paul Papalia said he was encouraged by the work being done by students though the Re:act behaviour change project to raise awareness of road safety issues.

“The Re:act behaviour change project brings together government, industry and community to work together on improving road safety, building a sense of shared responsibility.”

“Students are often those who are most at risk in terms of unsafe driving behaviours, so it makes sense to work with them on behaviour change messaging to improve road safety.

“The McGowan Government commends everyone who has participated, in particular the creative talent behind what are really important road safety messages.” 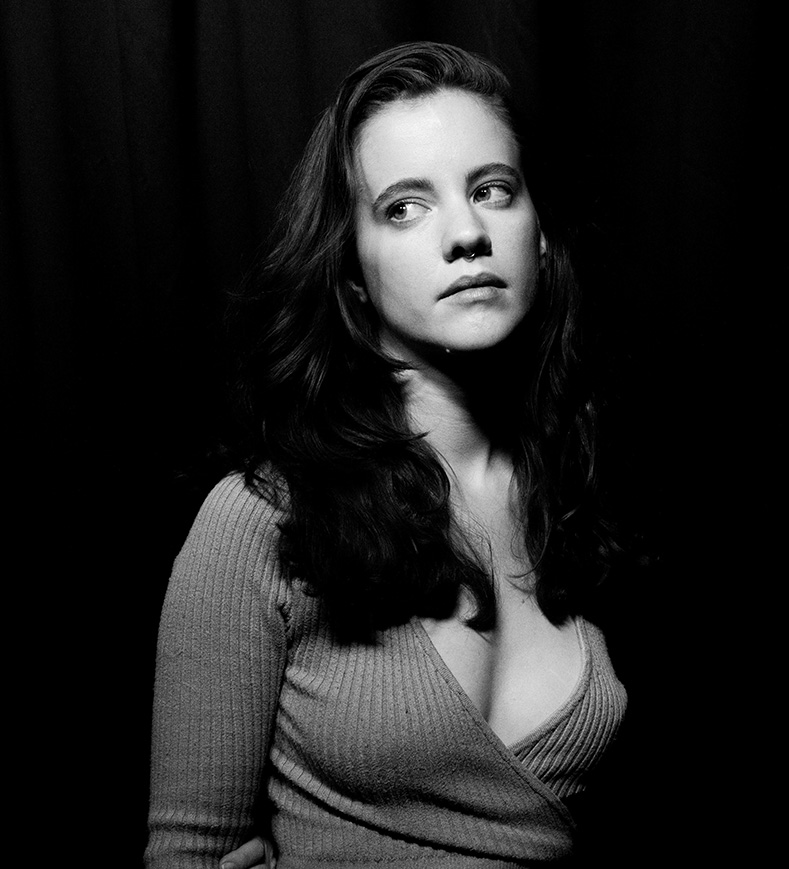