Racing and Wagering Western Australia brand TABtouch and global rock music legend Gene Simmons are encouraging punters to use their ‘Touch’ in a new brand campaign spearheaded by a series of three TVCs from Clemenger BBDO Sydney. This is the first major campaign since TABtouch moved from The Brand Agency to Clemenger BBDO Sydney following a pitch in June last year.

‘The Touch’ campaign heroes the passion of TABtouch customers who believe they have the knack of picking a winner – and reminds them to use it wisely with the help of the iconic rocker from KISS.

In a reversal of traditional rock stars and fan roles, Simmons becomes a fan of lead character, an everyday TABtouch punter (sport/racing whisperer).

Simmons’ theatrical appearances see him appear before the Whisperer at unexpected moments to belt out a reworked version of ’80s Stan Bush hit, ‘You’ve got the touch’.


The Racing and Sport spots see the punter displaying their knack for racing and sport before being interrupted by The Demon as he serenades them with the over-the-top anthem.

The series culminates with ‘Unplugged’, where Simmons’ reminds our punters that even those with ‘The Touch’ should gamble responsibly – and not at the expense of spending time with people they love.

Says Brendan Willenberg, ECD, Clemenger BBDO Sydney: “When TABtouch came to us with the brief to go big, we took them literally by getting the seven-foot Gene Simmons to rip out an old 80s anthem that worships the punter. They’re a lot of fun and already doing wonders for the brand.“

Says Katie Roberts, head of marketing, TABtouch: “We’re thrilled to be launching our new ‘The Touch’ brand campaign together with the Clemenger BBDO Sydney team who have built on the equity of TABtouch to bring some fun and excitement to the brand. Here at TABtouch, we are in the business of entertainment, so who better to front our campaign than the ultimate entertainer Gene Simmons.”

Says Michael Downing, director at Sweetshop: “These scripts had me with ‘that’s not a horse mate, that’s Gene Simmons from KISS’. This is the comedy I like to do. Smart, reality-based ideas with Gene Simmons. In a pub. With a chicken parmie. Ordinary folks trying to go about their day and when juxtaposed with the Glam Rock world they ignite a quiet explosion of comedy. And then there’s Dene the Head Banger who lives in his Mother’s basement. That’s actually me!”

The campaign is running nationally on Sky Racing, and in WA on subscription and free to air TV, print, OOH, digital and radio – with more spots coming in the future.

In addition to the TVCs, Clemenger BBDO has refreshed TABtouch’s brand design to ensure it is distinct and modern with a bold new visual identity to be used across audience touch points. 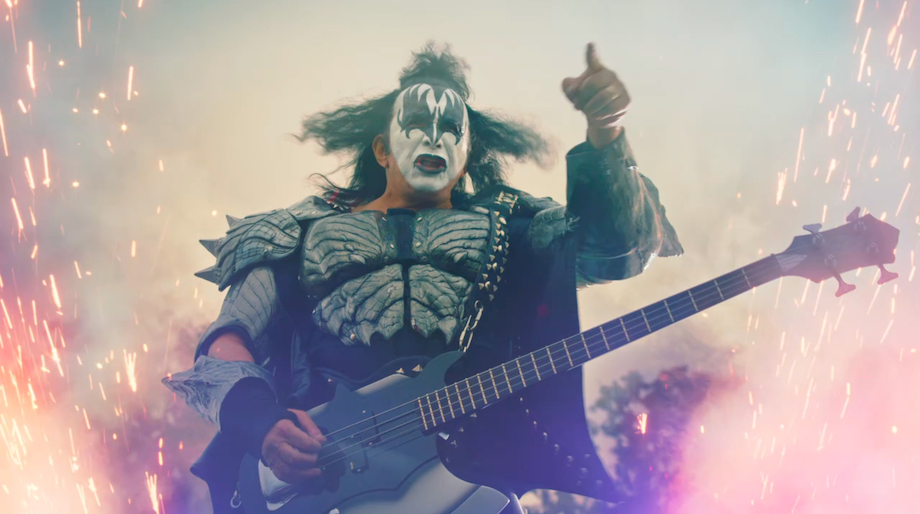 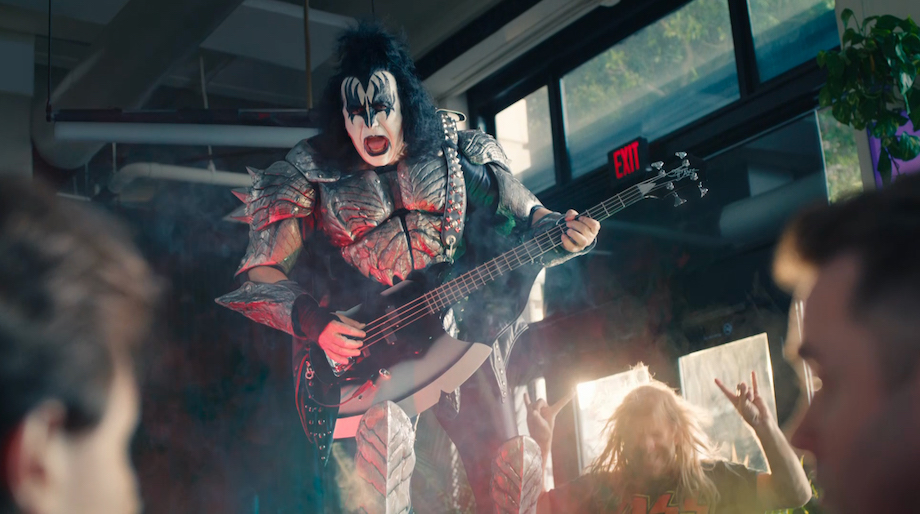 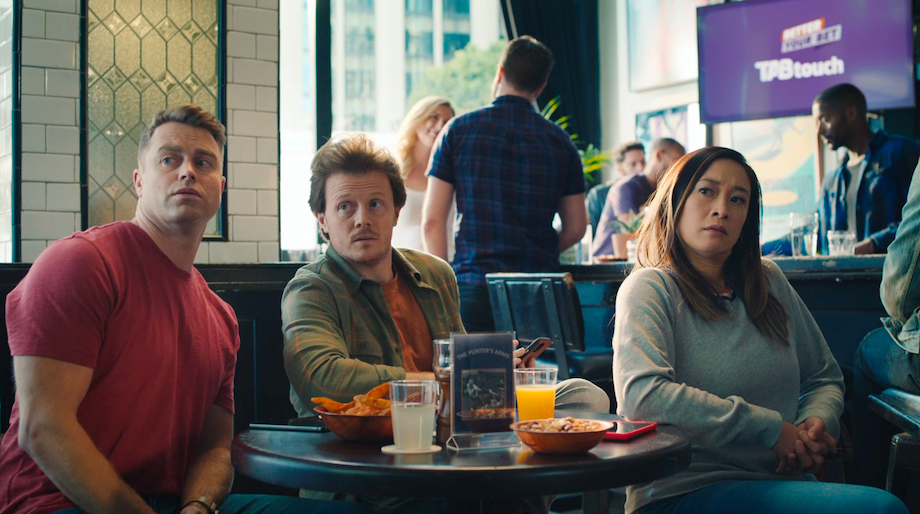