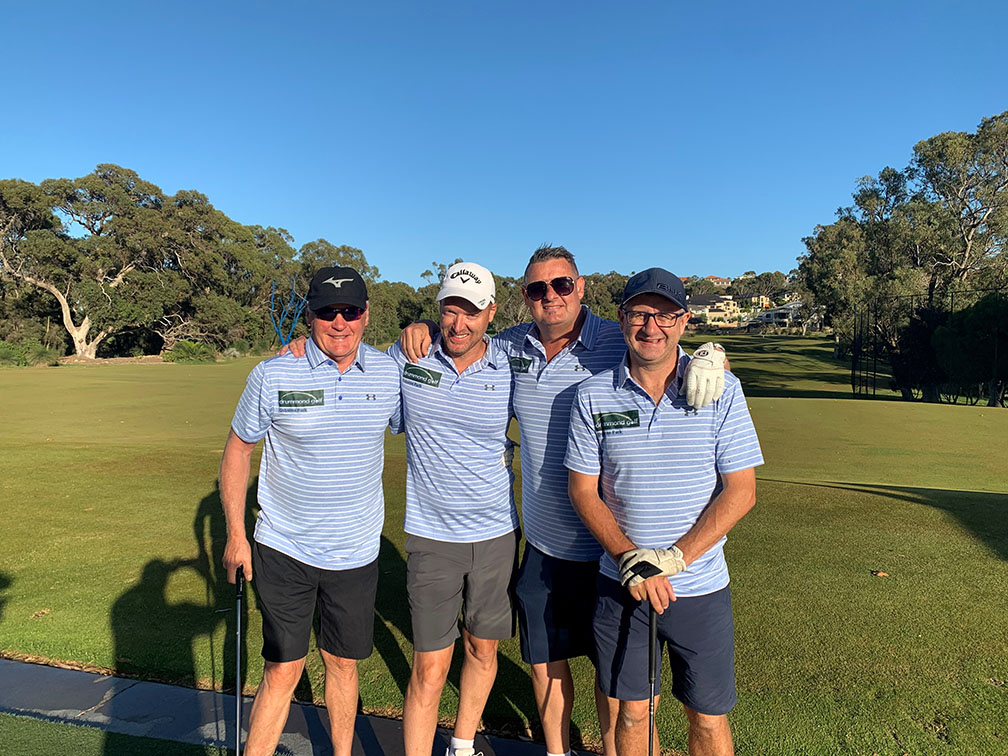 Together they aim to raise as much money as possible for Cancer Council WA by taking part in The Longest Day golfing challenge.

Broadway said his motivation to sign a team up for The Longest Day was a love of golf and a family history of cancer.

“Unfortunately, my family has been affected quite a lot with both my uncle and grandmother dying of the disease. Thankfully my father is still with us, having survived three different types, including Hodgkin’s lymphoma, stomach and prostate cancer,” Broadway said.

“We’re committed to raising $50,000 but hoping to raise more by auctioning off prizes, including the chance for one lucky sports fan to play a round of golf with Rodney Hogg and Gary O’Donnell.”

The team will aim to play three consecutive rounds (54 holes) of golf in one day at the Joondalup Golf Club on 13 December.

Designed to test skill, strength and stamina, The Longest Day is the ultimate golf challenge, with players aiming to successfully complete up to four rounds of golf from dawn to dusk, and while 13 December is the official day for 2021, players can choose any date from September until the end of January to take on the challenge.

Doran said this year will be the second time he has participated in the event but that he has been fundraising for cancer research and prevention since the passing of his grandfather from prostate cancer in 1996.

“I was very close to my grandfather and ever since he died, I’ve been motivated to raise as much awareness and money as possible towards putting an end to cancer,” Doran said.

Cancer Council WA’s Community Engagement Manager, Sarah McNamara said that she was overwhelmed by the incredible generosity and commitment shown by the 6IX radio team.

“We are thrilled the 6IX radio golf team are committed to raising such a significant amount for Cancer Council WA,” Ms McNamara said.

“Every dollar raised through The Longest Day goes towards helping those affected by cancer through the funding of life-saving research, prevention programs and support services.

“I wish Mark and Evan and the rest of the team the very best of luck!”

For more information about The Longest Day or to register, click here.