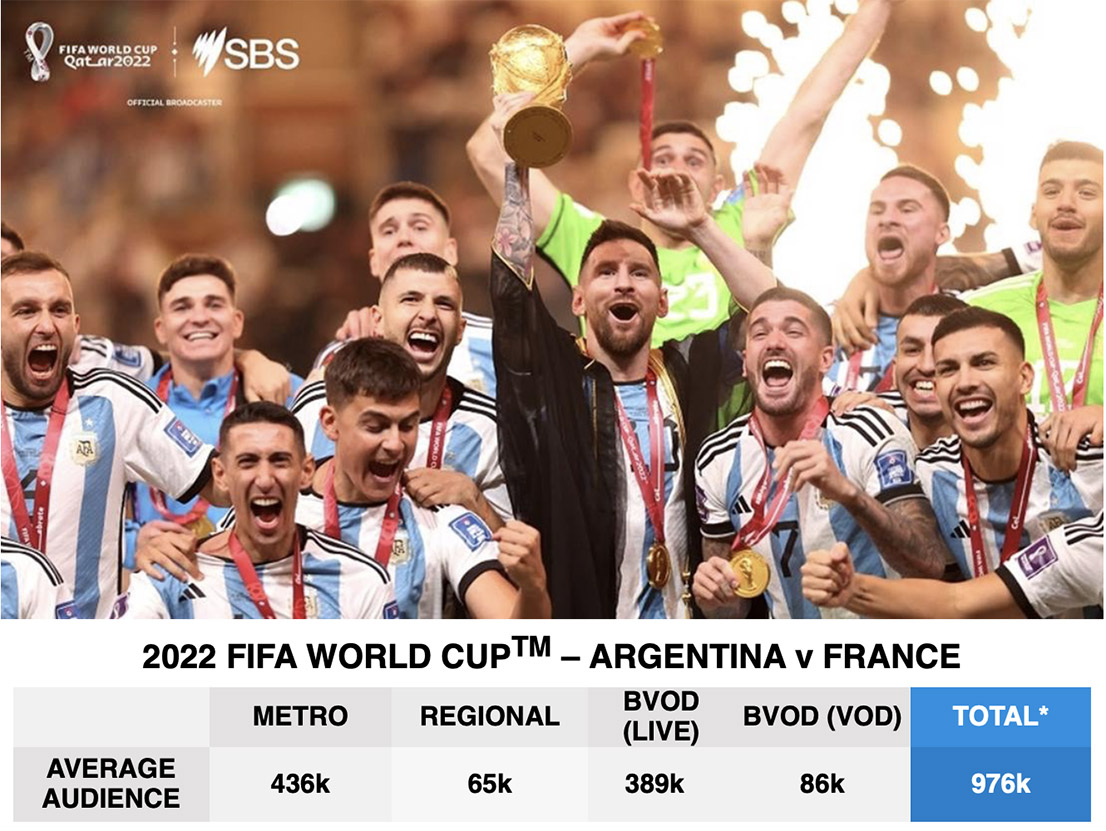 Nearly a million Australians tuned into SBS’s linear television and digital channels early Monday to see Lionel Messi’s Argentinian team triumph over reigning champions France in an epic 2022 FIFA World Cup finale. The 2am match drew an average audience of 976,000 viewers, with linear accounting for 501,000 and BVOD for 475,000, via SBS On Demand.

“It was an absolutely stunning decider and a fitting end to an exceptional World Cup for SBS,” said Managing Director of SBS James Taylor.

To date, audiences have consumed 80 million hours of tournament content, with linear TV accounting for more than 52 million hours, and BVOD an additional 28 million hours.

“Not only was this a great tournament for the Socceroos and, by extension, the game in Australia, Aussie football fans have really made it a standout event for us,” said SBS Director of Sport, Ken Shipp.