As this year’s season of MAFS came to an end, so too did the latest instalment in Simonds Homes Great Australian Builder campaign. The integrated campaign was specifically created to tie in with their sponsorship of Channel 9’s reality favourite Married at First Sight.

Driven via a TVC written and produced by AT Creative in partnership with Zac Creative and supported by digital and social media executions from Strange Animals, the campaign positions Simonds as the perfect match for those wishing to build with confidence in the VIC, NSW, SA and QLD markets.

Said AT Creative Director Andrew Tinning: Trust and reliability are key elements that people (including MAFS contestants!) look for in a relationship.

This is true in the building world as well, where many have been promised the earth but left with empty sections and broken new home dreams.

Trust and reliability are also the foundations that every Simonds Home is built on. And as the great Australian builder with over 70 years’ experience under their tool belts, they’ve seen and dealt with it all, and continue to deliver on what they promise. 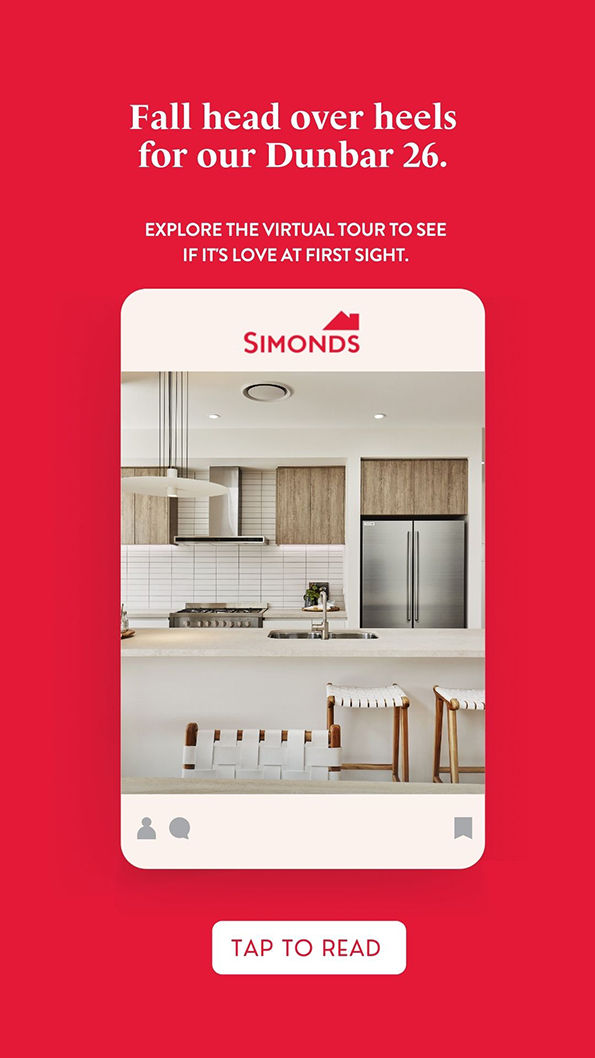 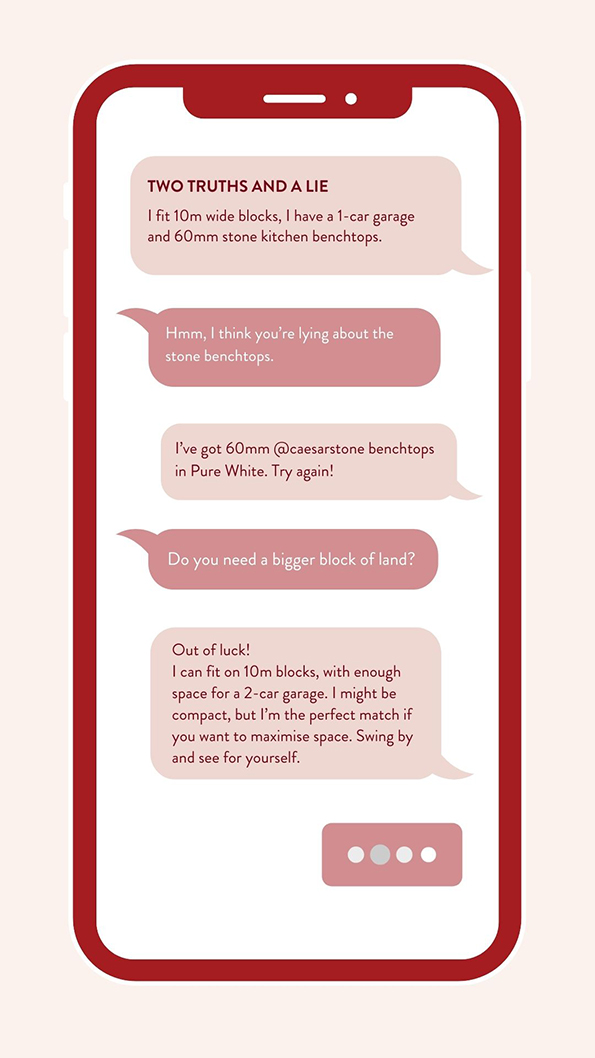 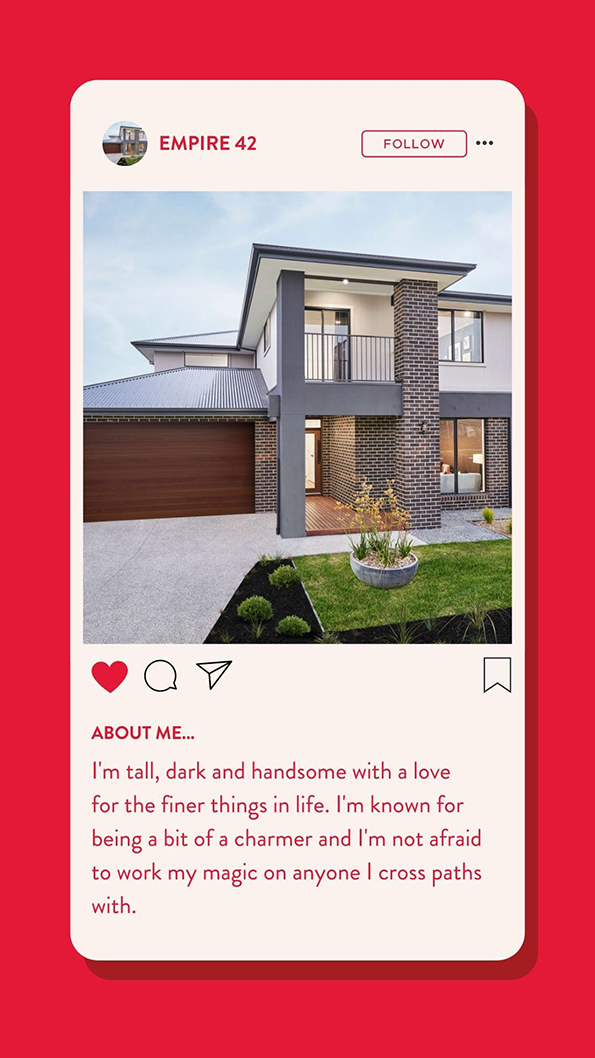 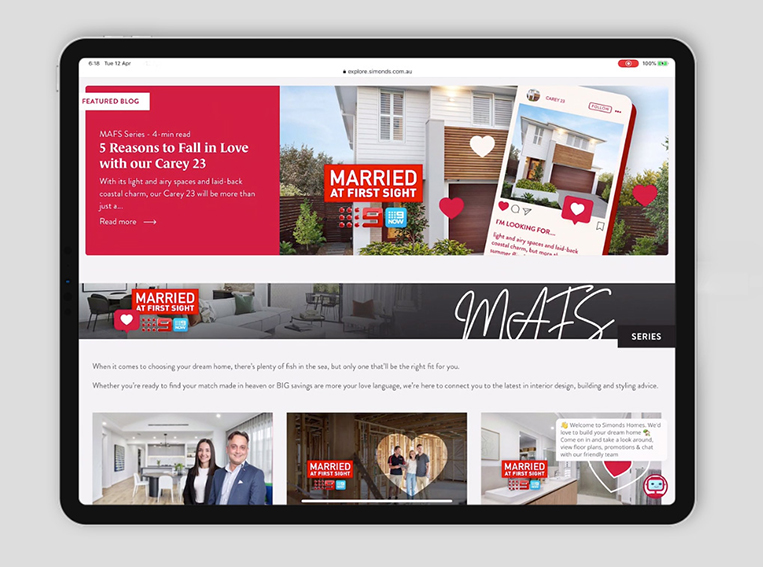 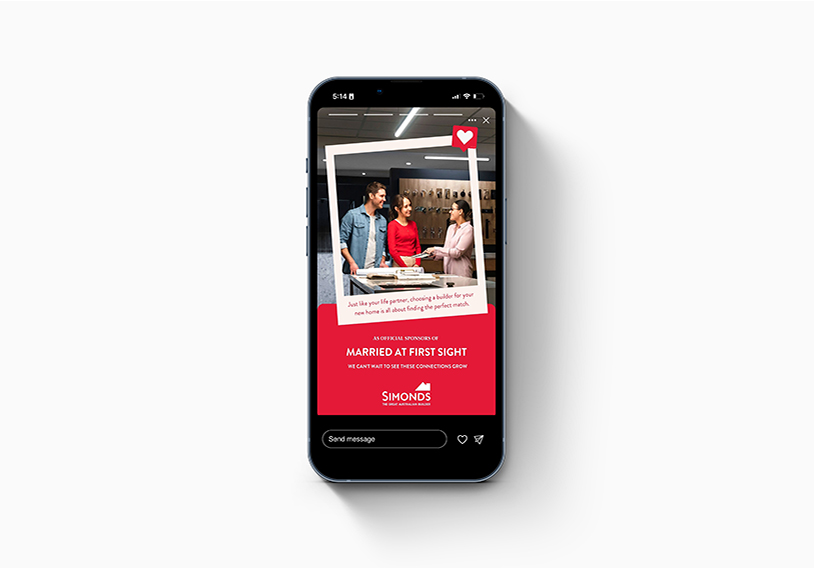 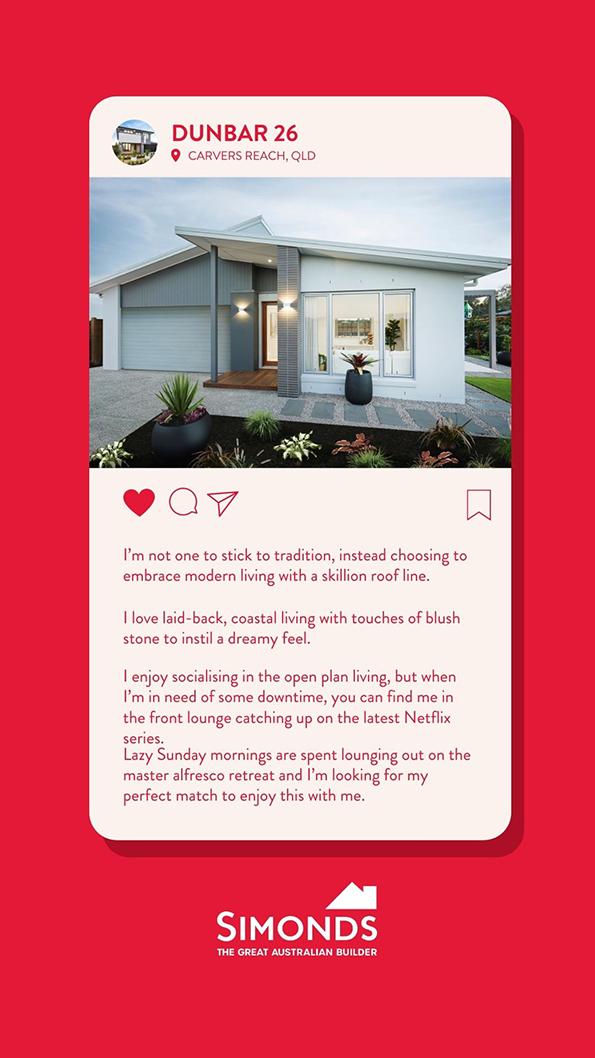