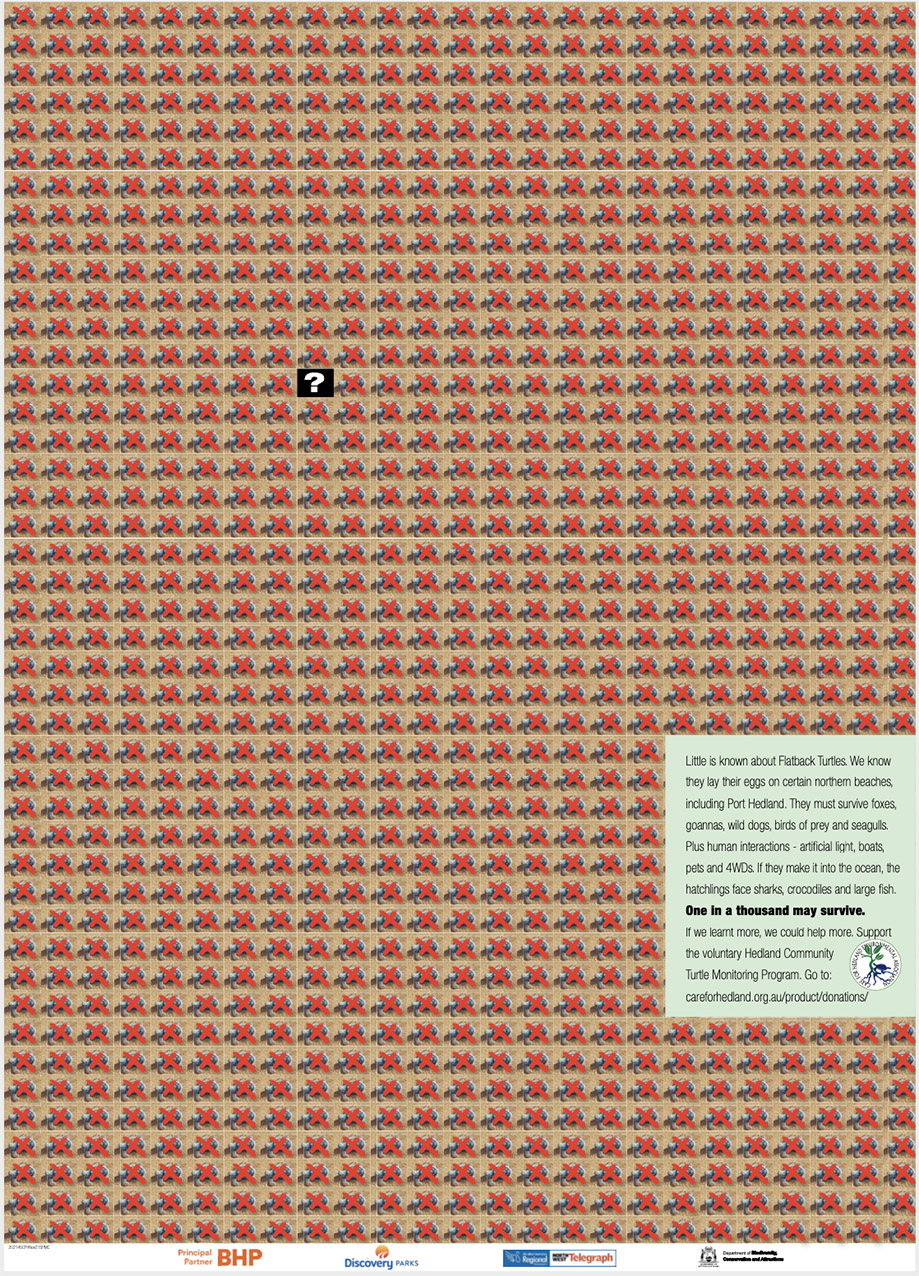 For several years, Sharper Pencil had been undertaking community engagement campaigns for BHP in the Pilbara to help publicise their public reporting obligations with regard to dust mitigation; rail safety (racing to beat rail crossings is dangerous because ore trains take about 5kms to stop); their local beautification programs in Port Hedland – as well as their support for establishing a wide range of community assets in the Pilbara.

Since then, amongst other initiatives, CFH has grown hugely and now undertakes several community projects that include the Flatback Turtle Scientific Monitoring Program, the annual ‘Port Hedland Clean Up’ and more recently, the Pilbara’s ‘Cash For Containers’ program.

Running from November to January each year, the CFH Turtle Monitoring Program collects nesting data on Flatback Turtles that occur on two of Port Hedland’s beaches and publicises this data because Port Hedland has a large transient FIFO population. It also aims to educate local citizens on appropriate human interactions designed to protect the turtles during their nesting season.

For the past eighteen years, Sharper Pencil has produced ‘TURTLE TALK,’ a monthly ‘advertorial’ in the North West Telegraph with these objectives in mind.

In a departure from the regular advertorial style, Sharper Pencil kicked off this year’s campaign with a full page press ad aimed at (a) elevating the CFH brand; (b) delivering added value to the current CFH sponsors because it provides meaning as to why they sponsor CFH; and (c) encouraging community support because the monitoring program depends on public support.

The campaign has which began in November last year, ended this month.