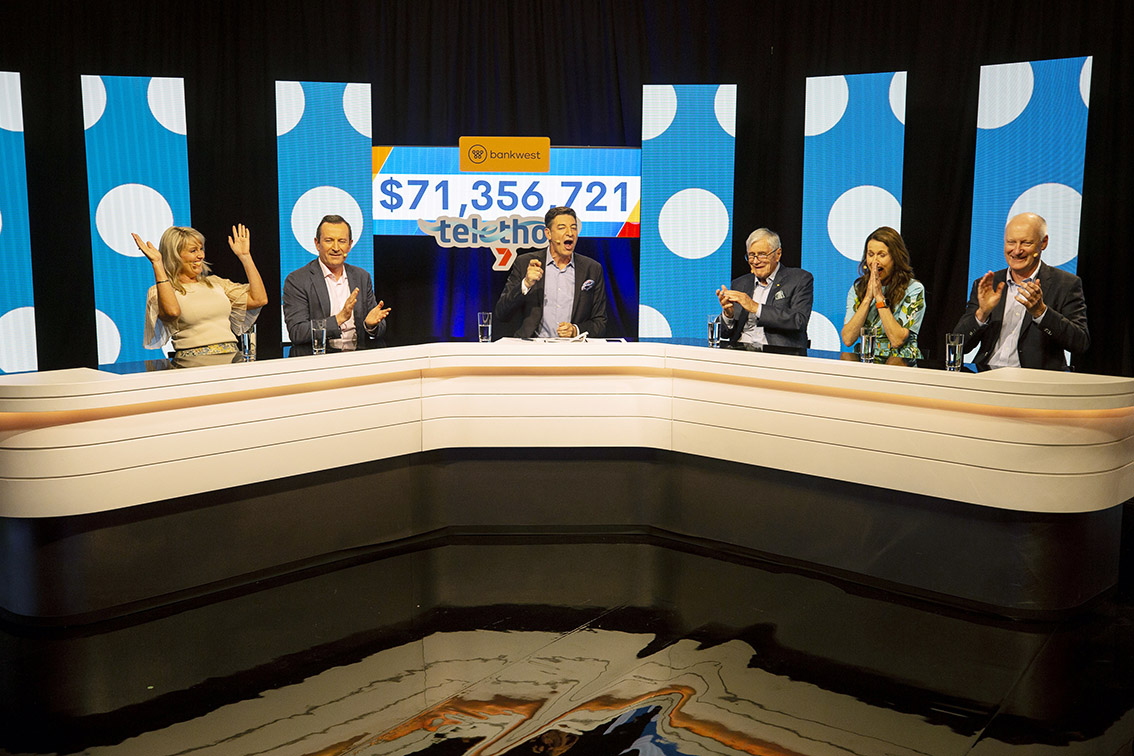 The spirit of Telethon was in full swing over the weekend welcoming back some of Australia’s biggest stars for the iconic 26-hour live broadcast. 613,632 West Australians tuned in as WA rallied together to raise a record breaking $71,356,721 million for Telethon.

In addition to winning every minute of broadcast ratings, Telethon also hit another epic milestone, reaching a staggering $500 million raised in its 55 years.

The broadcast kicked off on Saturday evening with an audience of 93,000 metro viewers tuning in to watch opening performances from AGT and Australian Idol host Ricki-Lee, The Voice 2022 winner Lachie Gill, Human Nature’s Phil Burton and a host of local artists.

Over the course of the opening night an average of 71,000 enjoyed more performances from Ella Hooper, Jemma Rix from Frozen the Musical, Normie Rowe and Johnny Young and the traditional Telethon antics with Home and Away’s Matt Evans heeding the call to take his shirt off not long before falling victim to the infamous Phantom Pie Thrower.

After a massive weekend of fun, the closing show kicked off at 7pm on Sunday to an average audience of 158,000 viewers, and saw live performances from the Hoodoo Gurus and Casey Barnes. As the final tally announcement edged closer, 166,000 West Australians watched Premier Mark McGowan provide a record $11 million donation to cap off a fantastic Telethon weekend.

To relive the magic moments and highlights from the weekend, please see the following short video: click here.