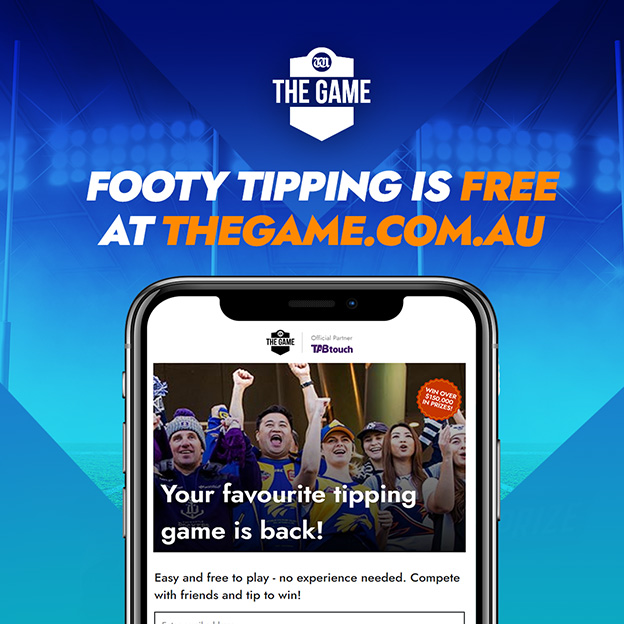 To mark the return of footy tipping, this week Seven West Media has launched their footy tipping platform The Game for the 2021 AFL season.

The Game is free to play and allows users to tip against friends, family and co-workers for first place and ultimate bragging rights! There’s also the opportunity to win a share in over $150,000 worth of prizes and the season’s top tipster will pocket $50,000 thanks to The Game’s official partner TABtouch.

Those that register as an Early Bird by March 15 will automatically be in the draw to win $10,000, with a further $1,000 up for grabs every week for the best performance of the round, both thanks to Thirsty Camel. And just for playing, one lucky season entrant will win a Mazda BT-50 XTR, valued at over $68,000 with accessories custom built for WA.

“This year we have rebuilt The Game from the ground up and it is now a fully in-house owned and operated platform. We are so excited to see AFL return and our tippers enjoy the new site. It’s been a huge project that touches every corner of our business and we are so thankful for the support of our commercial partners,” said Seven West Media WA Digital Sales Director Brent Stewart.