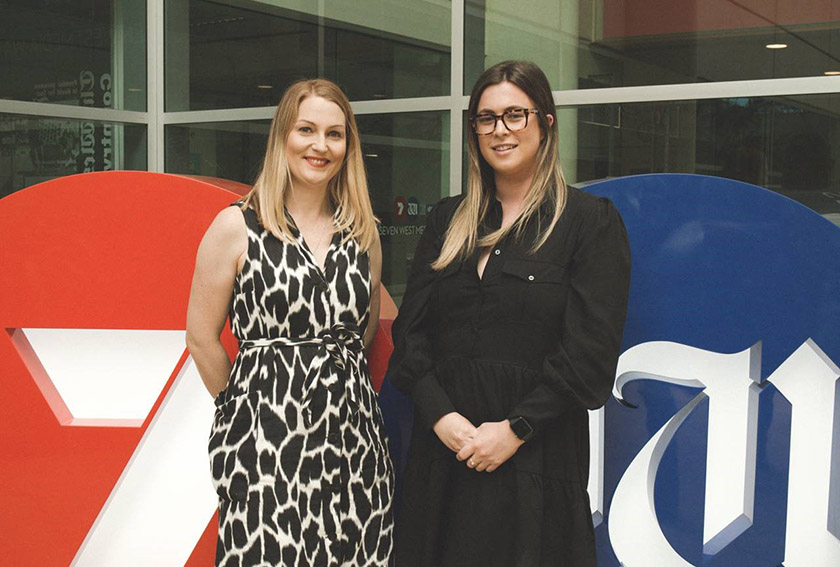 Campbell (pictured on right) has commenced as Digital Commercial Product Manager, previously holding roles at OMD on key accounts including iiNET & HBF, and most recently at Initiative working on the RAC account.

Also joining Seven West Media is Lana Blanchard (pictured on left) who becomes an integral part of the Seven Network sales team as Senior Sales Executive. Blanchard joins from Carat where she worked on both the WA Government and Alinta Energy accounts.

Seven West Media WA’s Digital Sales Director, Brent Stewart said: “We are absolutely thrilled to welcome Alicia to the digital team. Alicia is well respected in the industry and brings with her great ideas and enthusiasm as well as a plethora of experience on some of WA’s largest accounts”.

Seven Network General Sales Manager, Andy Ward said: “We are expecting great things in 2021 for Seven Perth so we are excited to have someone of Lana’s calibre come on-board, Lana brings with her experience and key stakeholder relationships that will no doubt translate to strategic solutions for her client base”.