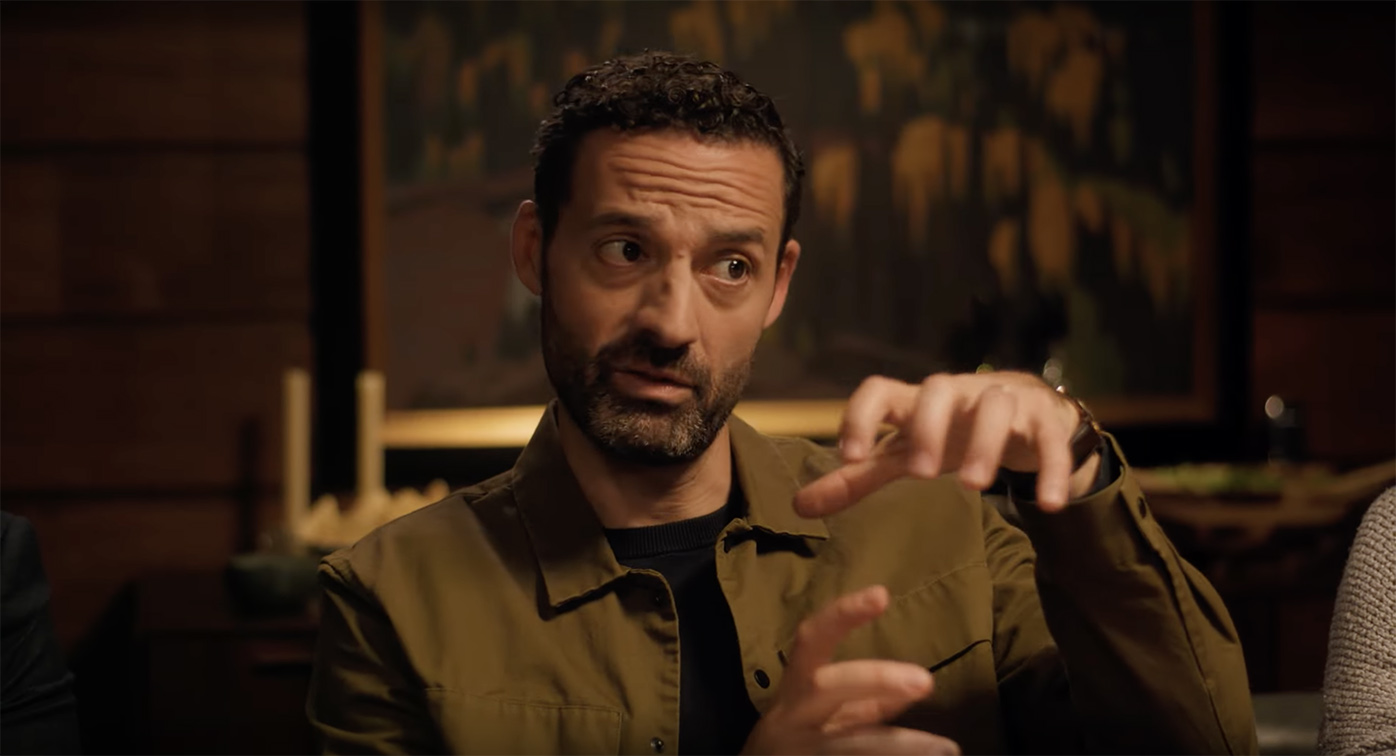 Seen+Noted: These two campaigns released this week by Canadian agency, Zulu Alpha Kilo have caught Campaign Brief Asia’s eye for different reasons. Check them out below.

Agencies are obsessed with winning awards. Yet, funnily enough, the most award-winning work isn’t usually the most well-known. If you asked your neighbour to name their favourite ad, they’re more likely to name that hilarious new beer commercial than the latest Gold Lion winner in the Corporate Purpose category. So, what’s more important: winning over awards judges or winning over consumers?

Zulu Alpha Kilo tackles this question in their hilarious new video, “Left-Handed Mango Chutney.” Set at a dinner party among friends, the video opens on the host – a brain surgeon – captivating the table with one of his heroic stories. The conversation then shifts towards a copywriter named Greg. Intrigued by his job too, excited guests start grilling him with questions, like “Working on anything exciting?” and “anything I’ve seen?” Initially flattered by the attention, Greg proudly announces his latest project to the group: a case study for Left-Handed Mango Chutney.

Faced with blank stares, Greg is forced to explain that it was a limited-run piece celebrating National Left-Handers Day, made proactively for a small independent chutney company, and it was never sold in stores. Even when Greg brags about the case study and proudly lets them know “it also won Grand Prix,” he’s met with dead silence.

By satirizing this familiar scenario, Zulu is playfully reminding the industry that advertising’s most important goal is to resonate with consumers first, and awards judges second. 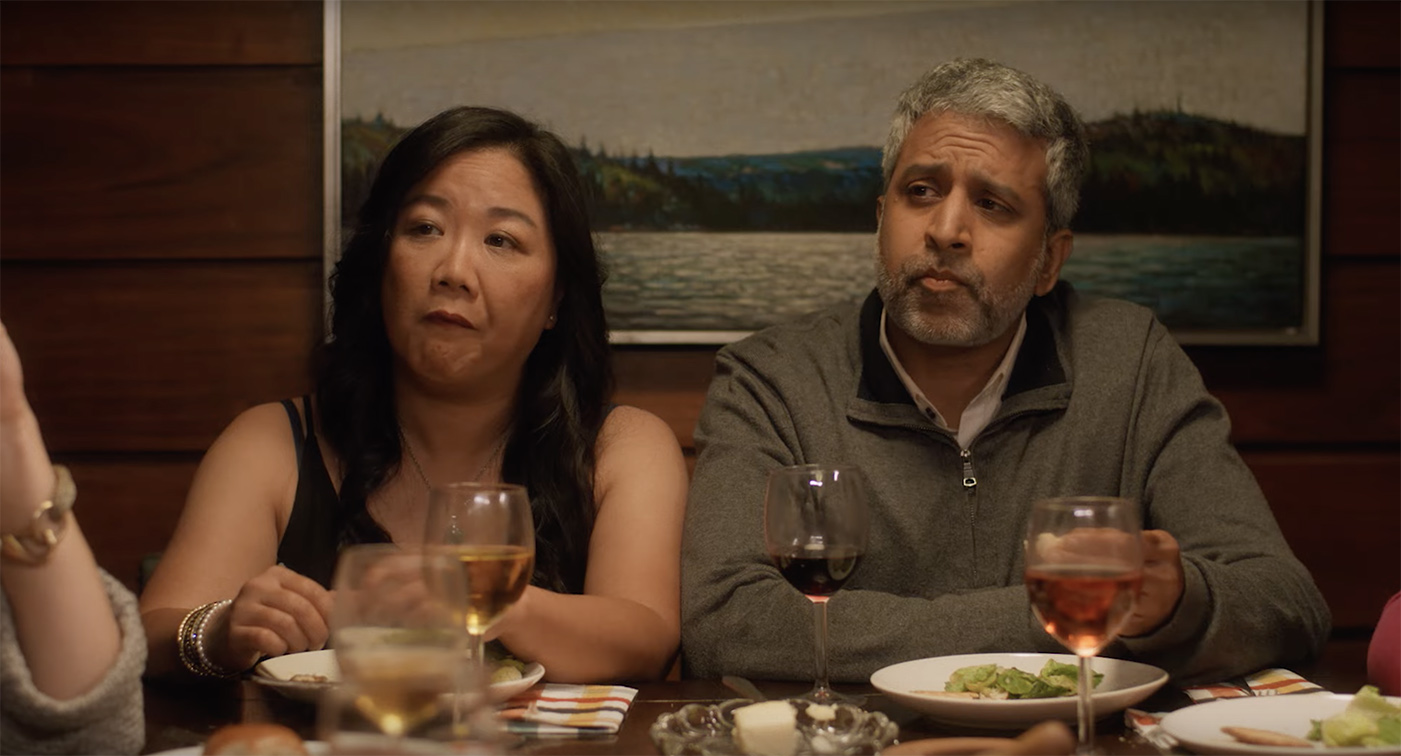 “Left-Handed Mango Chutney” debuted at last night’s Agency of the Year competition in Toronto. The annual awards show is hosted by strategy magazine, Canada’s largest trade publication for the industry. As part of the show, the top agencies are invited to create their own self-promo videos about whatever subject they want. Zulu has often used these videos as a platform to push back against the industry’s sacred cows. Last year’s “Awards Gone Wild” video poked fun at the industry’s awards obsession by showing what would happen if other professions resorted to these same tactics to win awards. One of the most well-known examples was the viral sensation “Say No to Spec”, which started a movement against spec work in new business pitches and has garnered millions of views on YouTube and Facebook to date. Other comedic videos have included “World’s Worst RFP,” satirizing the RFP process, and “Billy’s Lemonade,” which lampooned holding companies, while celebrating agency independence. Like all previous Zulu videos, agency founder and CCO Zak Mroueh once again directed this year’s video through the agency’s in-house production arm, Zulubot. This is also his third consecutive collaboration with the creative team of Jonah Flynn and Michael Siegers.

Besides screening one of the most controversial videos of the night, Zulu Alpha Kilo also won Silver Agency of the year. 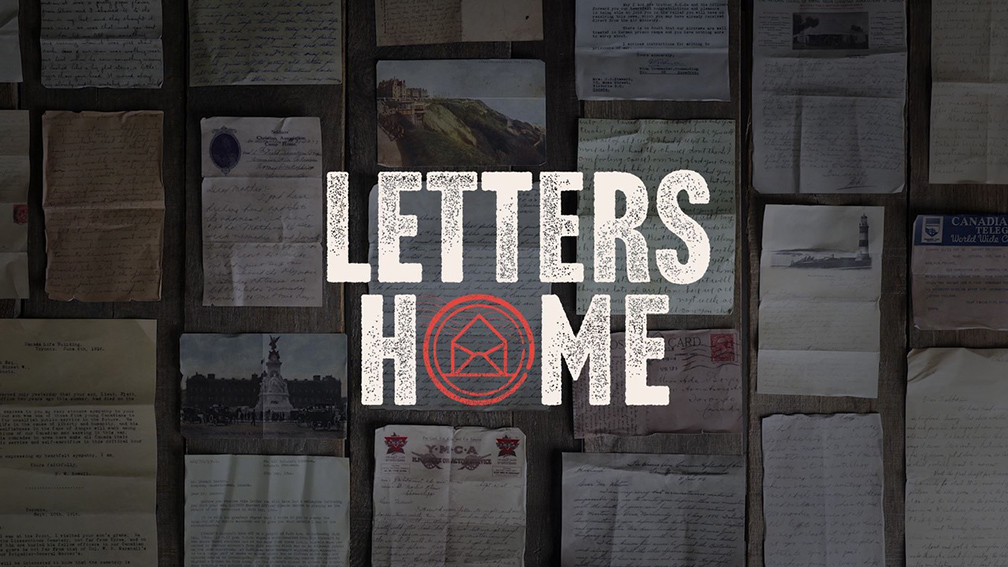 In honour of Canadian veterans who served their country in the Canadian Armed Forces, HomeEquity Bank, provider of the CHIP Reverse Mortgage, is the proud presenting partner for the fourth consecutive year of the Legion National Foundation Digital Poppy Campaign.

This year the Legion National Foundation and HomeEquity Bank are proud to present the Letters Home campaign – a unique way to help bring Canadians of all ages a poignant reminder of the many wartime sacrifices of Canada’s veterans. The campaign will help connect current homeowners to residents from the past by sending replica letters from Canadian soldiers who fought in the First and Second World Wars to their originally intended addresses across Canada in the weeks leading up to November 11.

These genuine letters – sourced from the Canadian Letters & Images Project at Vancouver Island University, who make the archived letters available to the public – offer a unique and insightful window into the past, while also using today’s QR codes to help drive poppy donations and share a moving and thought-provoking video featuring Canadian veterans speaking about the importance and power of wartime letters.

Created by Zulu Alpha Kilo, the idea was born from the fact that as time since these wars passes, a growing number of young Canadians struggle to make a connection to our history. Now, everyone across the country will be able to forge a connection to the young men and women who served them by participating in Letters Home. “In this digital age, receiving a physical letter (that isn’t a bill) is a special moment,” says Zulu Alpha Kilo ECD Brian Murray. “We felt this was a powerful way to reach Canadians, have them connect with the past in a tangible way, and remind them that these soldiers were real people who lived where we live and dreamed as we dream.” The campaign’s digital map at Letters-Home.ca will allow Canadians to find and read letters sent close to their address, along with a prompt to donate to the Digital Poppy campaign in the name of a soldier who had originally written the letter. “We wanted to give all Canadians a chance to engage with our campaign. Even if a letter wasn’t sent directly to your house, it’s still powerful to read a letter that was sent to your street or neighbourhood. It makes history feel close and relatable.”

Three years ago, Zulu Alpha kilo, conceived the Remembrance Day moment of silence (#PauseToRemember) to video game streaming services like Twitch in a highly successful campaign that saw nearly a million gamers in 114 countries around the world lay down their controllers. Two years ago, for the campaign assembled a group of WWII veterans into world’s oldest eSports team, called Team Legion. That initiative included four 95+ veterans, who joined the world of online gaming, on virtual battlefields, to share their real experiences with gamers from around the world on Remembrance Day. Last year, we assembled ration kits for a campaign called Orders of Sacrifice that included hardtack biscuits, chocolate, tea bags, sardines, evaporated canned milk and canned corn beef. A Second World War historian consulted on each item in the rations kit to ensure its accuracy, giving Canadians an authentic taste of battlefront food from the past while supporting our veterans and their families.

“Each year we find creative ways to remind all Canadians about the sacrifices and countless contributions our brave veterans made for our country, and this year’s campaign really hits home – literally,” said Steven Ranson, President and CEO of HomeEquity Bank. “Technology is allowing us to share these wartime letters online and ensure their stories live on in a way all generations of Canadians can interact with. We hope Canadians engage with Letters Home, and reflect on the sacrifices these soldiers have made, so that it may deepen their understanding of what serving your country means.”

To further help spread the important message and get Canadians excited about the Digital Poppy, the Legion National Foundation and The Royal Canadian Legion have enlisted the support of several high-profile ambassadors, including Margaret Atwood, Kurt Browning, and Ashley Callingbull.

“The Digital Poppy is a great way to memorialize your proud support for our Canadian veterans, and it goes a long way to supporting our Foundation’s year-round programs that benefits veterans and their families,” said Dave Flannigan, Foundation Chair. “It’s a unique way to bring Remembrance into the digital age and spread it thoughtfully across social media.”

“We’re proud to be recognizing Remembrance Day again with the Digital Poppy, alongside our partner, HomeEquity Bank, for the fourth consecutive year,” said Bruce Julian, Dominion President, The Royal Canadian Legion. “The incredible sacrifices of our soldiers may already seem like a century ago, which makes finding ways to share these letters and the harsh realities they contain with today’s young Canadians all the more important.”

Letters Home also features a compelling 30-second video that includes quotes from real letters, which can be viewed here. The video has been airing across the country since October 31st. Canadians can also see the letters come to life in their own neighbourhoods, including Toronto, Ottawa, Thunder Bay, Hamilton, Calgary, Regina, Saskatoon, Winnipeg, Halifax and Moncton, courtesy of national out-of-home advertisements across the country generously provided by Astral Media and Outfront.

The Digital Poppy campaign and Letters Home are two ways The Legion National Foundation and HomeEquity Bank are bringing Remembrance Day into the digital age and the hearts and minds of younger generations. Canadians can visit mypoppy.ca to learn more about how the Digital Poppy Campaign, Letters Home, came to life through a behind-the-scenes video, and to make a donation in support of Canadian veterans.

Zulu Alpha Kilo led the creative and strategy, Weber Shadwick led PR, and OMD was behind the media planning and buying.