Seaniebee: This is the end 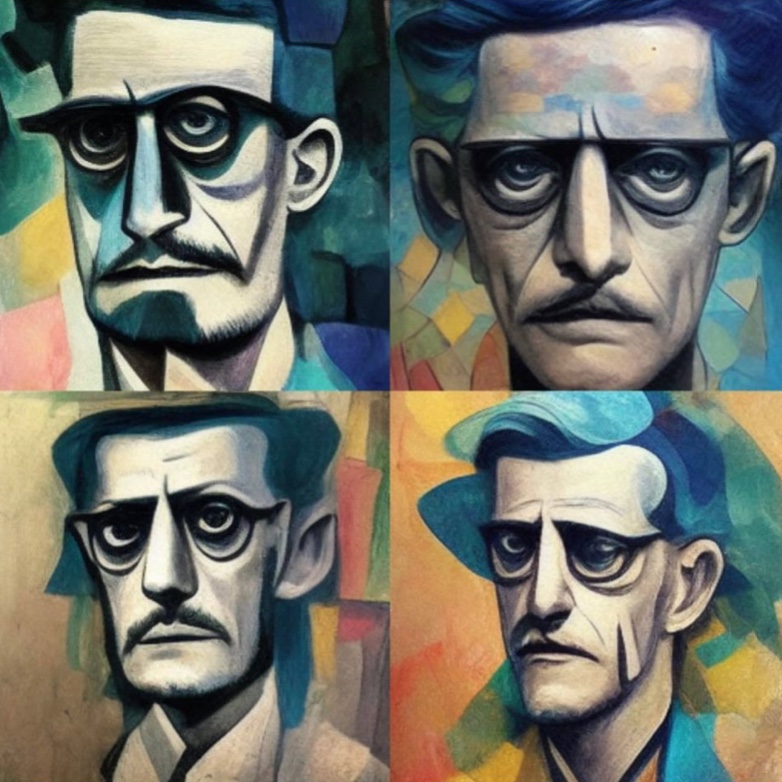 Seaniebee, writer, planner and the host of the A Pint With Seaniebee podcast, reviews the latest Mid-Journey creative software (with a bit of help from his mate 72andSunny Sydney creative lead Andy Flemming), and the news is not good…

Not only does this software show up how utterly uncreative, perishable and meaningless most individual advertising executions are, it also shines a giant spotlight on the patronizing, arrogant, faux-complexity on which the ad industry has been built.

This is the end, beautiful friend, the end…

If you currently work in an ad agency creative department, it’s time to start thinking about a new career

A new stout brand called Island’s Edge launched in Ireland this year.  In days gone by, this would’ve been a very big deal: here come monied Heineken Inc. to take on Guinness in its own back yard.  Agencies would’ve scrabbled for the business and there would’ve been an air of expectation as to how the work might assist in taking down one of the mightiest brands in the country.

And yet Island’s Edge launched as – the revolutionary new Irish stout made from tea – with an advertising campaign so atrocious that it looked like it may in fact have been created by AI.  It stank so badly that surely no real humans who worked in an actual (albeit, perhaps virtual) ad agency could have had anything to do with it.  This dreadful work goes down as probably the worst new brand campaign in the history of Irish advertising. It appears genuinely as if the client didn’t care what the hell the ad was about, just lowest-common-denominator the crap out of it and plaster it everywhere.  It’s a brand that deserves to fail, and fail BIG – and word on the sawdust covered floors of Ireland’s pubs is…

The utter spinelessness of one of the world’s biggest advertisers aside, their modus operandi is likely to be the norm going forward.  A new software thing was launched stealthily and globally in beta test over the past four months. If you currently work in an ad agency creative department, it’s time to start thinking about a new career.  It’s over.  The end is nigh.  The bums lost, Lebowski.  You are soon to be no more, my friend.

The staggering new software called Mid-Journey is not just a game changer, it is nothing short of an ad agency creative department killer.  The world’s biggest brands will need nothing more than one skilled person, let’s just for shits and giggles call [him/her/them/it] a Creative Director…just one (and maybe a small support team).  One person with a bit of imagination and creativity who knows their way round a computer.  No more thumbnail sketches.  No more ‘we’ll be back with initial concepts in three weeks’.  ‘No more ‘we have five options for you to consider’. No more Daler board.  No more markers.  No more artists.  No more mavericks. No more sockless bellends and, well, no more ad agency as we know it.

How about a thousand concepts in a few hours?

Don’t like this one?  No bother…what about this? Or this?  As the brief technically answers itself into infinity.

The software is reasonably simple to use.

You type in what you want rendered.  You ‘brief’ the software.  And the software comes up with imagery out of thin air.

And not just any old imagery.  Better stuff than you’ve ever seen.  Magical.  Goose-bump inducing.  Potent.  Original.
Certainly better than anything Clive, the rotund, bearded, old-dog-for-the-hard-road, Creative Chief of Universal McCann Erickson WorldGroup (WorldWide) London could ever come up with.

You use language to create the imagery.

To help illustrate this article, I engaged my good pal Andy Flemming, (one of the best advertising creatives in the world since, like, ever.) He, for one, is blown away by the yoke. 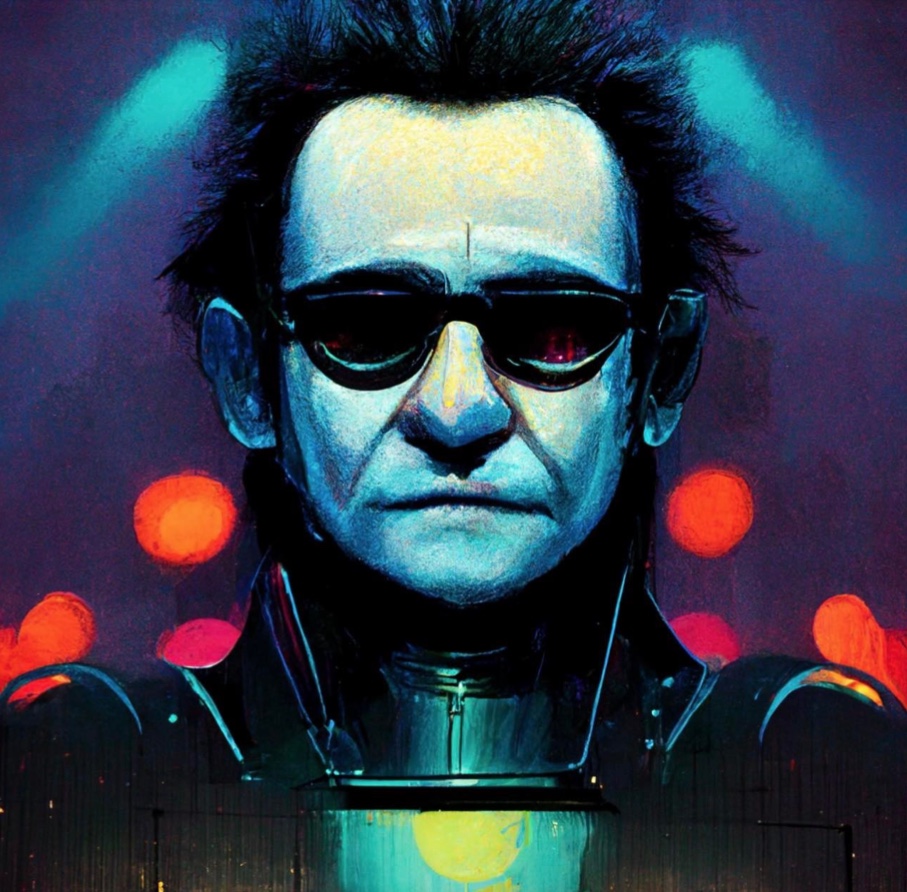 Do us “an ad for Australian Tourism”.

And this was really just playing with it.  Off-the-cuff.  See what it quickly spits back kinda thing. [Visit Andy on Facebook to see more of the magnificent things he’s conjured up with it].

To be crystal clear:

You TYPE in what you want your visual to look like.

This thing starts spewing out originally conceived on the spot options. As many as you want.  Fine tune it with tighter language.

The more you input, the better it will get.

“Robotic insect machines of the future”. 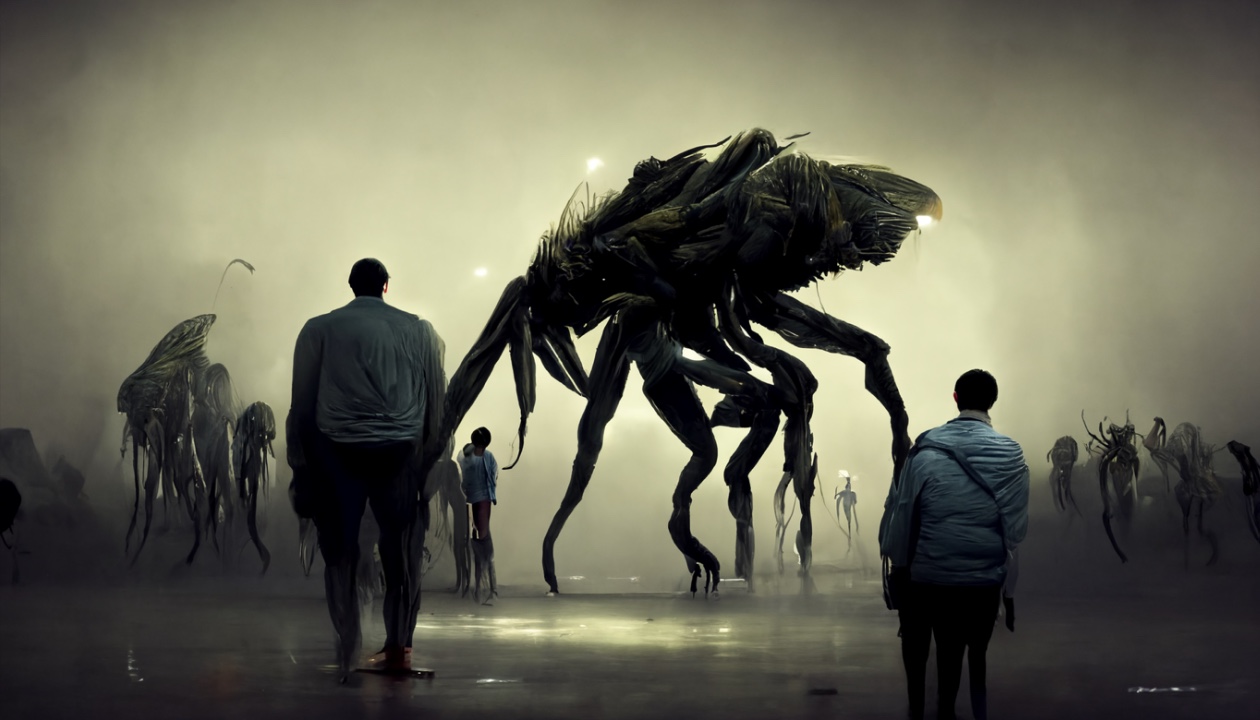 And it will likely blow a massive hole in the bows of the architecture and design industries too.
“A Nike sneaker to celebrate the James Webb Telescope”. 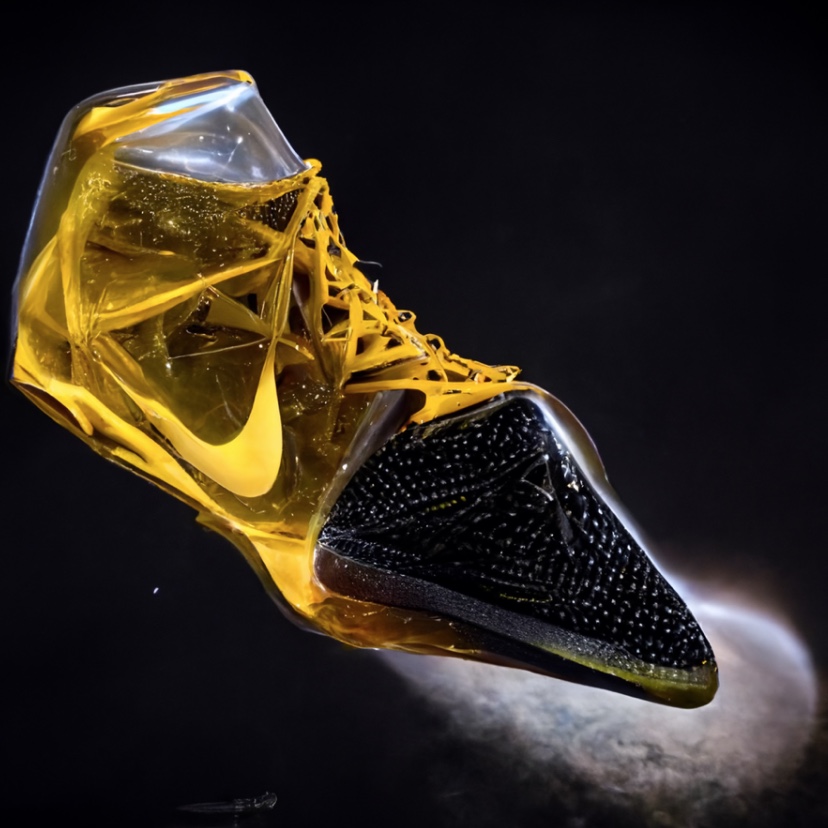 Not only does this software show up how utterly uncreative, perishable and meaningless most individual advertising executions are, it also shines a giant spotlight on the patronizing, arrogant, faux-complexity on which the ad industry has been built. My prediction on this evidence, would be that advertising in general will also start looking a hell of a lot better once creative departments are destroyed.

Agencies that adopt this software early, will score a short-term competitive advantage.  They’ll fire creatives.  Reduce costs.  They’ll win pitches.  They’ll be faster.  But like so many previous greed-driven initiatives, the ad industry will again blithely continue to contribute to its own long-term demise.  Like hyenas voraciously gouging a carcass, the likelihood is they won’t even realise they are doing so until it is way too late.

Can you picture what will be?
So limitless and free
Desperately in need of some stranger’s hand
In a desperate land

Where does this end?…The end.