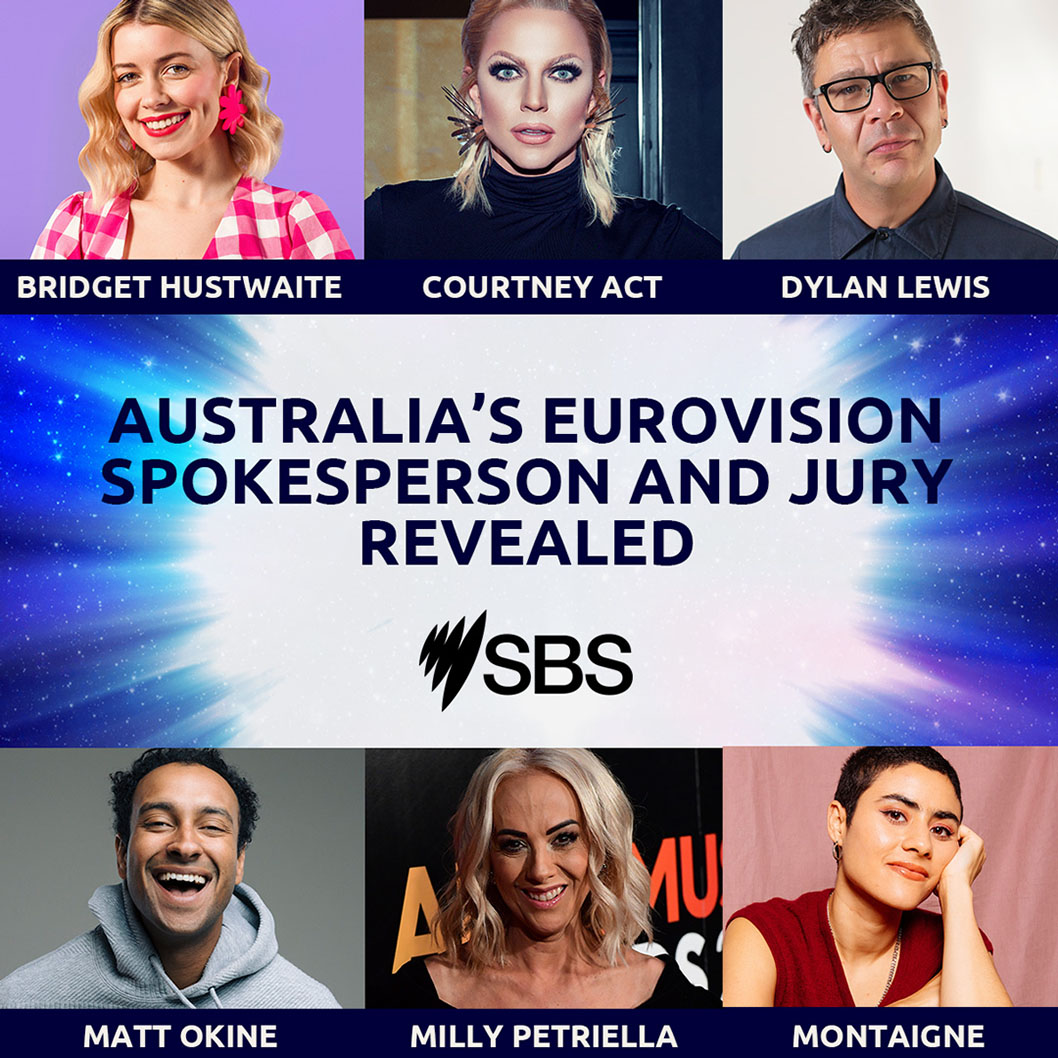 The spectacle of the 66th Eurovision Song Contest is around the corner and SBS and SBS On Demand will be screening all the action from Italy.

AUSTRALIA’S 2022 EUROVISION SPOKESPERSON
Who hasn’t heard about the famous douze points? The Eurovision Song Contest voting procedure is legendary, but even more legendary is the coveted role of the official spokesperson – a role that will see drag icon, Courtney Act, deliver the scores on behalf of Australia this year.

Act said: “I tried the Eurovision front door on Eurovision – Australia Decides 2019 to no avail, so now it’s the Eurovision side door to be the Aussie score announcer on the big night! I’m so excited to cheer on Sheldon, look fab, and enjoy a magnificent night of camp and music.”

PUBLIC VOTING
Viewers in countries of participating broadcasters, including Australia, are invited to vote for their favourite songs in the Eurovision Semi-Finals and Grand Final. Their votes make up 50% of the total vote.
The other 50% of the vote is decided by a National Jury in each participating country. Each jury comprises of a team of respected local music and entertainment figures with experience in the industry and, of course, a passion for the world’s biggest song contest.*

Eurovision’s official voting partner, Digame, has created a new online voting platform, exclusively for Australia’s public Eurovision vote. This means there will be no SMS or Televoting in Australia during the live shows. For the first time, all of Australia’s public votes will be received via the new online Voting Portal, which can be accessed via www.esc.vote

• The new voting portal will be open to Australians during the voting period in Semi-Final 2 and the Grand Final.

• Just like SMS voting, votes will be limited to 20 per person and will cost 55c per vote.

• Users can allocate 20 votes to one act, divide their votes between multiple acts, or just make one vote for their favourite.

• Jury members and public voters can’t vote for their own country, so you can vote for any act in Semi Final 2 and Grand Final except Sheldon Riley. Here’s a run-down of all the 2022 acts and their songs.

• Full voting terms and conditions will be available on the voting platform.

SBS EUROVISION ‘FEELS’
If you miss out on voting during the live shows, don’t worry! You can still tell us how you feel about each performance during the primetime broadcasts by sharing your ‘feels’ via the SBS Eurovision ‘Feels’ sentimentimeter at sbs.com.au/Eurovision.

The ‘Feels’ sentimentimeter is a real-time poll that will display everyone’s results on screen once the song has finished.

Australians will also be able to join in the conversation using the hashtag #SBSEurovision during the interactive evening primetime broadcasts. Tweets and party pictures will then be selected to appear on screen.

The Eurovision Song Contest will be broadcast live and in primetime exclusively on SBS and SBS On Demand from 11 to 15 May.