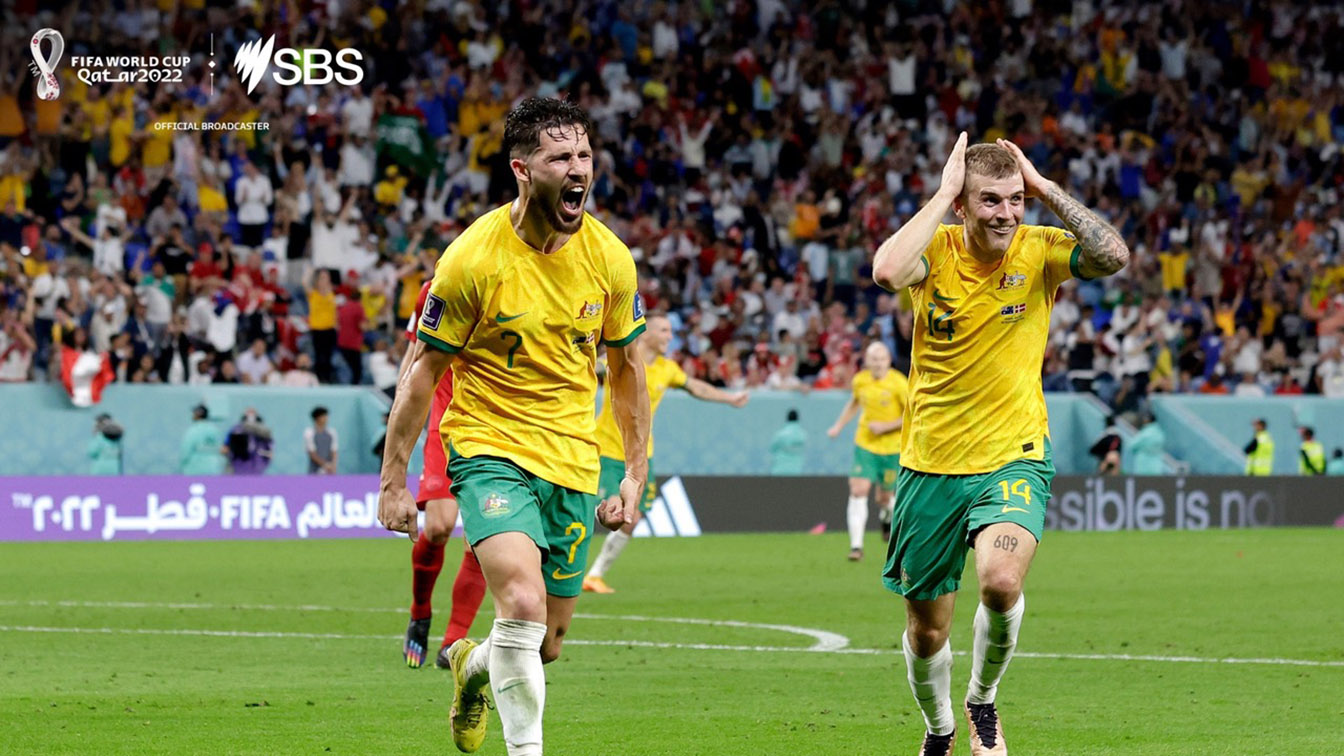 The nail-biting 2022 FIFA World Cup match between Australia and Denmark has helped SBS achieve its strongest viewership results for the year, with a higher than anticipated share of viewing occurring on the network’s streaming service, SBS On Demand.

Australia’s win over Denmark saw SBS draw an average audience of 618,000 tune in at 2am across linear television and digital. (See detailed breakdown below.) Total linear reached topped 469,000.

The world’s most watched sporting event delivered SBS phenomenal audience numbers, breaking the mould on consumption with nearly 50% of the audience coming in via SBS’s streaming service, SBS On Demand.

Across the first two weeks of the competition, Australian audiences have watched a total of 29.9 million hours of tournament content on linear television, and a total 14.5 million hours digitally, including live matches, replays, mini matches and highlights to 1 December, via on SBS On Demand.

“As we approach the half-way mark of the World Cup we’re thrilled with the audience response,” said James Taylor, Managing Director. “The Socceroos’ stellar campaign is capturing the imaginations of Australians who are watching in massive numbers on both linear and digital platforms.

“We’re particularly thrilled with the take up of SBS On Demand. It is a credit to both the content and technology teams who have delivered a world class, premium video experience, available to all for free on whatever platform or device they prefer.”

Since the tournament began on 21 November, SBS On Demand has drawn an average of almost 900,000 active viewers to the platform every day, with several days surpassing 1 million active viewers.

Match highlights, both extended and short, have proven the most popular content format, followed by full match replays in English and mini matches.

Also highlighting Australia’s appetite for digital coverage of the event, SBS On Demand has seen more than 800,000 new account registrations on the platform, edging its total registered user base past 12 million accounts.

TIMESLOT ANALYSIS:
• Yesterday morning’s match between Australia and Denmark was the top-rated program on SBS’s linear channel , drawing an average of 442k viewers nationally.
• A total of 176,000 live streamed the match via SBS On Demand.
• Across SBS and SBS OnDemand the match drew an average audience of 618k viewers.
• The match reached 469,000 viewers on SBS’s linear primary channel.
• The match saw SBS achieve a 74% FTA share (metro) and a 58.6% (regional)
• SBS achieved a 10.4% all day FTA share (metro) on its primary channel and a network share of 14.6%(metro).