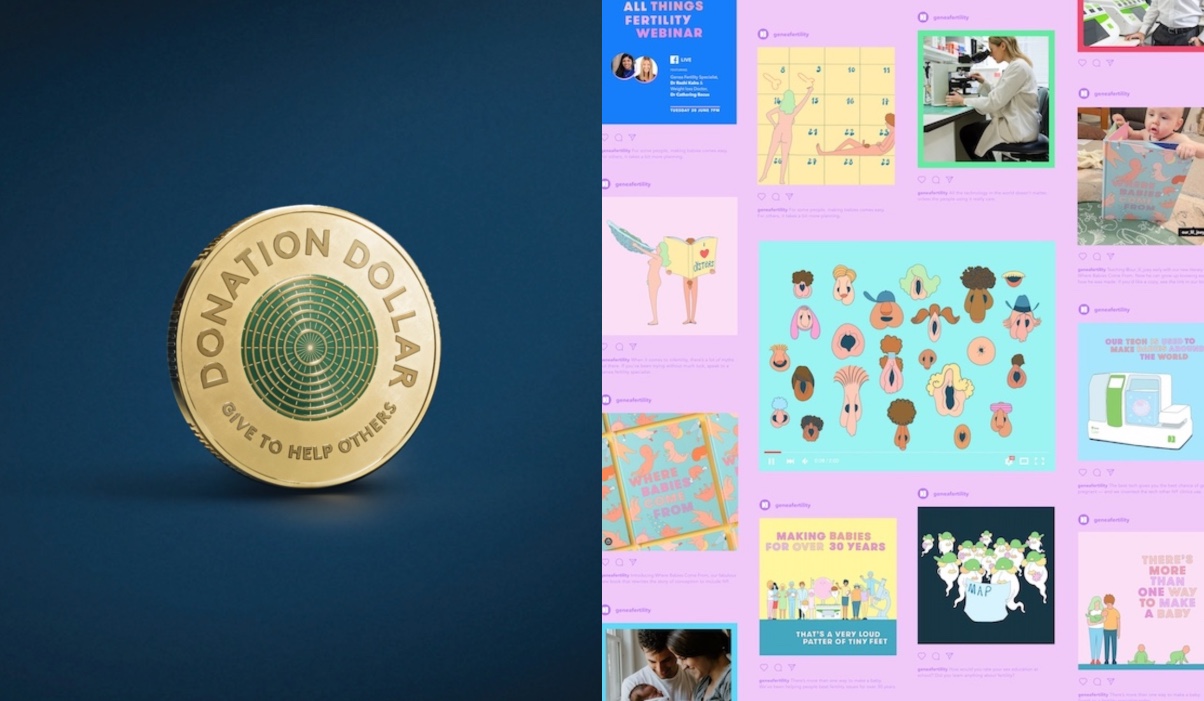 D&AD has today announced the shortlisted entries across the Advertising, Culture, Design, Impact and Next categories, following the second and final stage of 2021 D&AD Awards judging. The news follows the first round of shortlists announced last week, amidst robust submission figures after a year of unprecedented challenges for the creative sector. The entries this year have not only surpassed expected numbers but also continue to show the quality of work being produced within the industry.

Finalists from Australia in the Side Hustle category include Emma Leamore, Katyana O’Neill and Pierce Thomson and Heavy Duty.

New Zealand has scored 25 finalists led by Clemenger BBDO Wellington with eight finalists. DDB Aotearoa has picked up five followed by Special Group and Milk New Zealand with three apiece. Saatchi & Saatchi has scored two finalists whilst Sweetshop and Seachange have one each.

Every year, the D&AD Awards categories evolve to best represent the creative and cultural landscape within which work is being produced. The last year has seen unprecedented digital acceleration and adoption of new technologies reflected in the addition of new categories including E-Commerce and Gaming, both receiving considerable numbers of entries that surpass the figures of some of the more traditional categories. The strong submissions within these categories echo wider changes within society as a result of global lockdown which has caused a permanent shift in the way we live, work and connect.

890 Entries have been Shortlisted for the Awards across the Advertising, Culture, Design, Impact and Next categories and follow a robust number of entries for the 2021 Awards which is a testament to the value of recognising exceptional creative work, reiterated in this year’s Awards manifesto: ‘work that matters must be seen’.

Shortlisted entries from 28 categories have been announced today ahead of the Pencil award ceremonies taking place across two separate virtual ceremonies on 26 and 27 May.

Across these categories, the top ranking countries by number of Shortlisted Entries are:

The top 5 ranking companies for these categories, by number of Shortlisted Entries are:

The total number of Entries shortlisted in each category are:

All 890 shortlisted pieces are showcased on the D&AD Website.

Says Tim Lindsay, chairman at D&AD: “It is inspiring to see such a vast amount of incredible work submitted to this year’s awards, despite the challenges that have been placed upon the industry during the pandemic. This year’s full shortlist exemplifies the resolve of the creative community and presents the very best in global talent. The introduction of exciting growth categories such as Gaming and E-commerce demonstrates our pledge to elevate the most innovative, forward thinking work being produced within the creative industry. We are now looking forward to the upcoming virtual ceremonies which will give us the chance to find out which of these works industry experts feel have best encapsulated the creative excellence worthy of a coveted Pencil.”

D&AD has partnered with Asana, a leading management platform for teams, who are supporting the 2021 Awards. Following the D&AD Awards Ceremony, D&AD will be delving into the learnings and insights from this year’s winning work, including publishing a series of interviews with creative leaders, which aim to discover how to lead a successful creative team, made possible by Asana’s sponsorship.

D&AD are also launching the Jury Insights film series, a programme of panel discussions in which judges from select categories will discuss what makes Pencil-winning work, alongside the trends and themes from the 2021 Awards. Released fortnightly from 8 June, the full schedule can be found in the notes to editors section below.

Pencil winners will be announced in two separate virtual awards ceremonies on 26 and 27 May. For more information visit: www.dandad.org/ceremony