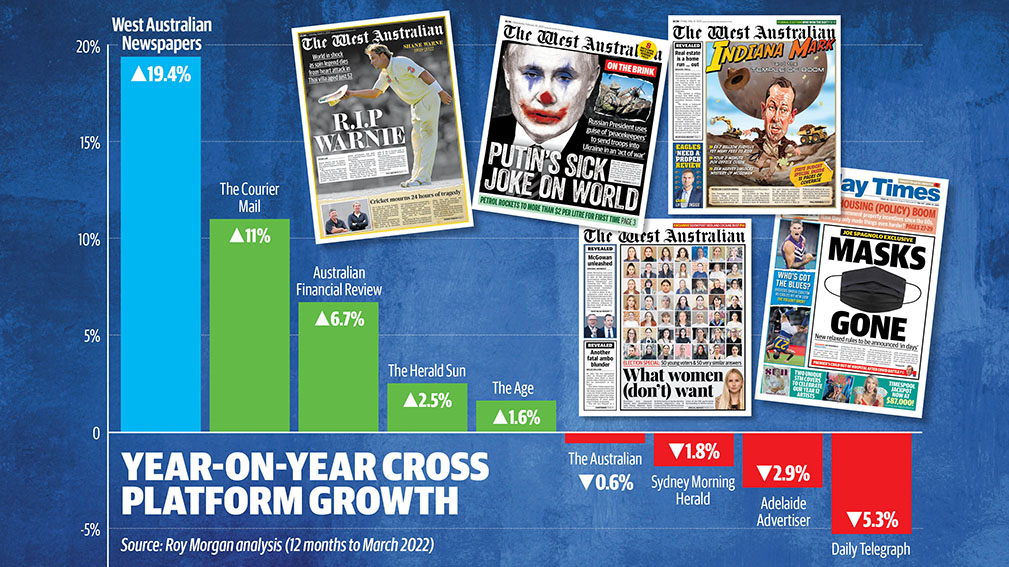 West Australian Newspapers has continued its dominant run as the top-performing cross-platform news brand in the country with nation-leading growth of 19.4% in the past year.

The West now boasts 4.6 million readers every month across its weekday and Saturday newspapers, The Sunday Times and its websites thewest.com.au and PerthNow.

In the past three months alone its audience grew a staggering 114,000 readers.

“Our Saturday edition of The West Australian is the best performing major newspaper in the country,” he said.

“It’s up a whopping 17.8% in the past year. Meanwhile, the weekday edition of The West Australian is up about 6%. We’re extremely proud of those numbers and it shows just how relevant the newspaper is every single day to the lives of West Australians.”

Again it’s the highest market penetration of any news brand in the State.

De Ceglie said the team was only just getting started. “It’s been a hectic year, especially with the Federal election.”

“Our plan has always been to get through what we know now has been a change of government and then release some very exciting projects.”

“This includes two new video shows in the style of our very successful Up Late with Ben Harvey nightly program.”

“We’re also about to launch our new-look Food and Wine review team.”