2020 has been a big year for everyone. A pandemic and subsequent financial strain, further understanding of racial ‘wokeness’… for most it was a year to learn from and quickly move on from. For the folk at Rhythm, 2020 was a year of growth and opportunity.

A new studio, new team members, new clients and a time to plot its next few years. One such client is Derby Aboriginal Health Service (DAHS). Having been introduced to the people at DAHS through another Kimberley-based client, Rhythm quickly won the opportunity to promote free health checks in the Derby region.

Said Creative Director, Adam Rule. “This campaign was all about inspiring the young people in the Derby region to take pride in their health and to claim some victory in achievement. We all deserve a chance to succeed in life and there are a lot of people in this part of WA that have done amazing things. Some personal achievement starts with taking ownership of your health and DAHS is there to help.”

The role model centric campaign featured local men and women that have either achieved great things for themselves and their families or are on the road to doing just that. With touchpoints that included two TV commercials and POS print combined with an extensive social media campaign including multiple short commercials and static ads, all funnelled into a new youth focused web presence.

Despite an already strong reputation in the area, DAHS is looking to engage deeper with the youth and that required Rhythm to engage in a new dialogue with them through the standard social platforms.

“This is new territory for DAHS so phase one of this campaign represents an opportunity to increase our knowledge base in how we can respectfully inspire the young people of the Kimberley,” said Rule. “The results of systemic racism are right in our backyard and organisations like DAHS are on the forefront of tangibly helping to shift behaviour into a positive direction. We were honoured to be given the chance to assist in that movement – even if it was just in the form of a small campaign”.

The video outputs centred around a 45 sec master commercial featuring scenarios of local people set to a drum and percussion lead soundtrack, composed by Andrew Wright and Dan Susnjar, with a simple rap laid up over the top.

The idea and rollout was conceived through Rhythm’s collaborative approach featuring a strong creative team of Gordon Haynes, Stef Langton and Joe Wilkie.

Lynette Henderson-Yates, DAHS CEO, said working with Rhythm had been the best experience ever.

“The Rhythm team were so professional while all the time being very helpful, supportive and positive. No question or task was too hard. They understood where we came from as an Aboriginal organisation and took our advice every step of the way.” 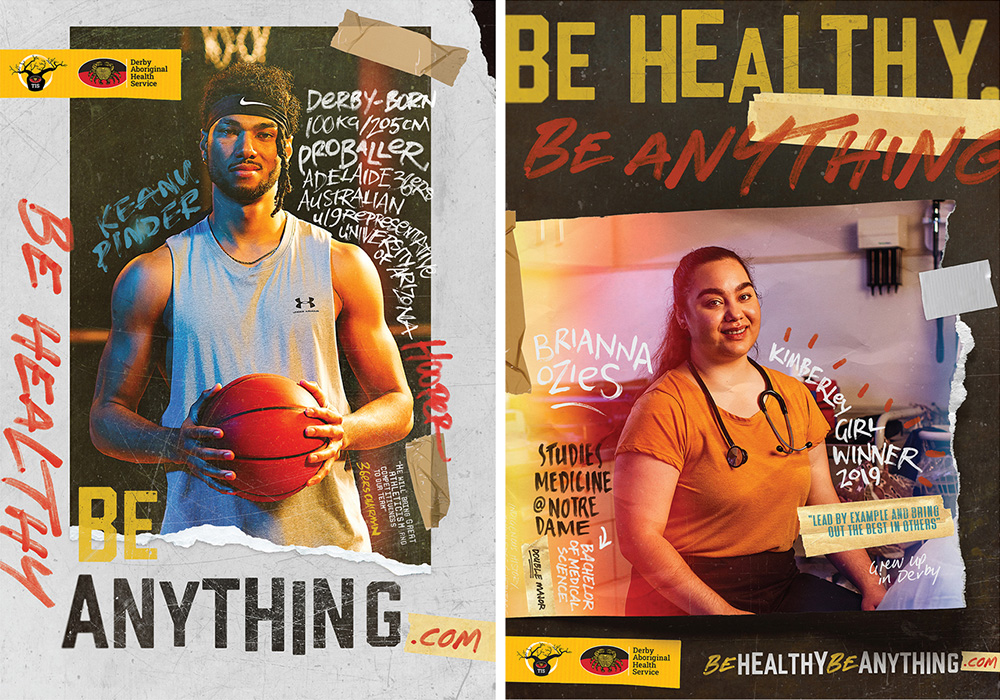