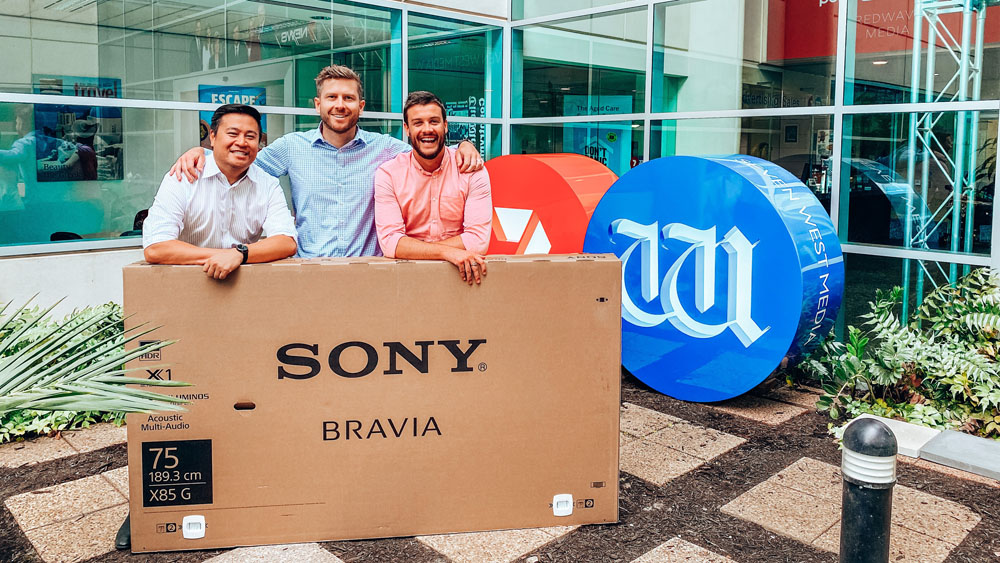 As the Big Bash 2019 season kicked off, so too did Seven West Media’s brand new fantasy BBL game: Pick 11.

Built and run in-house at SWM, registered users could assemble their own leagues, or join public leagues, to compete against friends and colleagues. To get involved, players were asked to assemble their own Big Bash dream team using real players, with scores derived from real game data.

The result? A fierce, fun and competitive league that pitted Perth agencies against each other to compete for weekly prizes, and the coveted major prize: a 75” Sony TV valued at $2,500.

SWM Digital Sales Director Brent Stewart said the season threw out some worthy combatants, but none more so than Luke Driscoll (Longreach) and Simon Stewart (Rare).

“The battle between Luke and Simon was an interesting one to watch. Neck-to-neck week after week, they were so evenly matched it was difficult to pick who would finish on top. Ultimately, it was Simon who finished on top and picked up the major prize. Luke fell just short, but deserves an honourable mention for a strong season over all.”

Stewart said in its inaugural year in market, Pick 11 has proven a big success.

“Pick 11 has been a massive stepping stone for us in terms of showcasing our development capabilities by creating a locally managed fantasy game for cricket, of which would not have been possible without our premium partners WesTrac and Auto Masters. To see an idea conceptualised, built and brought to life has been fantastic for our team.”

“It has been a huge undertaking for us and one that we intend to grow on for the 2020 BBL season.”

SWM are also excited to bring you thegame.com.au for the AFL season: stay tuned!