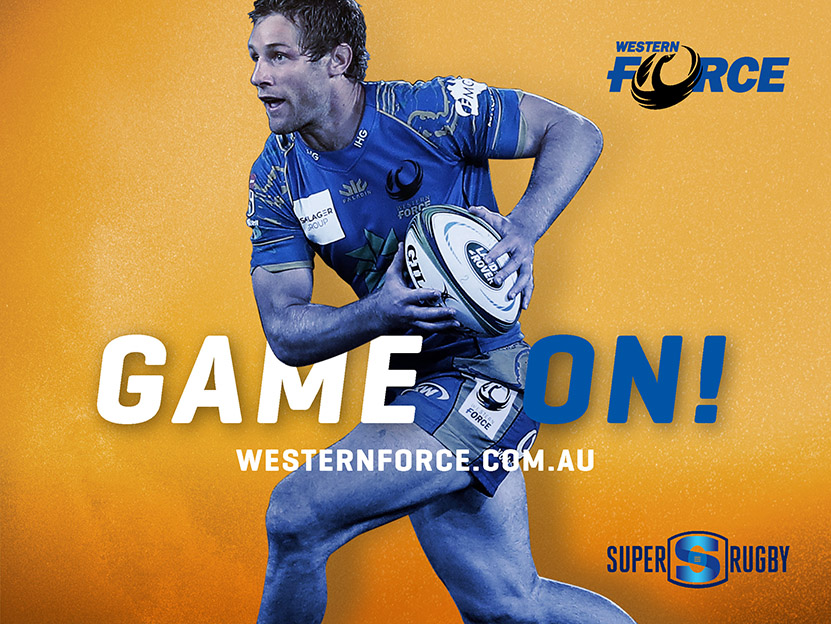 The Western Force has appointed Perth-based creative agency Rare to spearhead their advertising across all channels, as the WA rugby club look to announce themselves back on the big stage of Super Rugby in 2021.

The appointment heralds a new chapter in the club’s history, as the partnership comes in the wake of the Force announcing their exciting participation in the Super Rugby AU and Super Rugby Trans-Tasman competitions next season, which is set to start on February 19 at HBF Park with the Western Force taking on the current Super Rugby AU champions, the ACT Brumbies.

The club has wasted no time in ensuring their return makes a splash in the public eye, with Head of Marketing & Communications Timo Waldbuesser citing Rare’s understanding of the WA sporting landscape, their exceptional creative thinking, and agile way of working as pivotal in the agency winning the contract after a competitive pitch.

“Rare boast a wealth of experience in the sporting industry. They truly understand our audience in Perth, and we were really impressed in particular with their recent work for the West Coast Eagles and WACA brands,” Waldbuesser explained.

“It’s also clear to us that Rare are aligned culturally with the Western Force, being an independent and homegrown agency. It’s a very exciting time for the club and we can’t wait to show WA what we’ve been working on behind the scenes.”

Rare Group Account Director Simon Stewart said the agency was excited by the challenge to reignite the passion for Western Force.

“The appointment caps off what has been another very successful year for Rare and adds yet another iconic Western Australian brand to our client list,” Stewart said. “We’re really excited by the challenge to reignite the passion for Western Force and look forward to working with Timo and the team.”