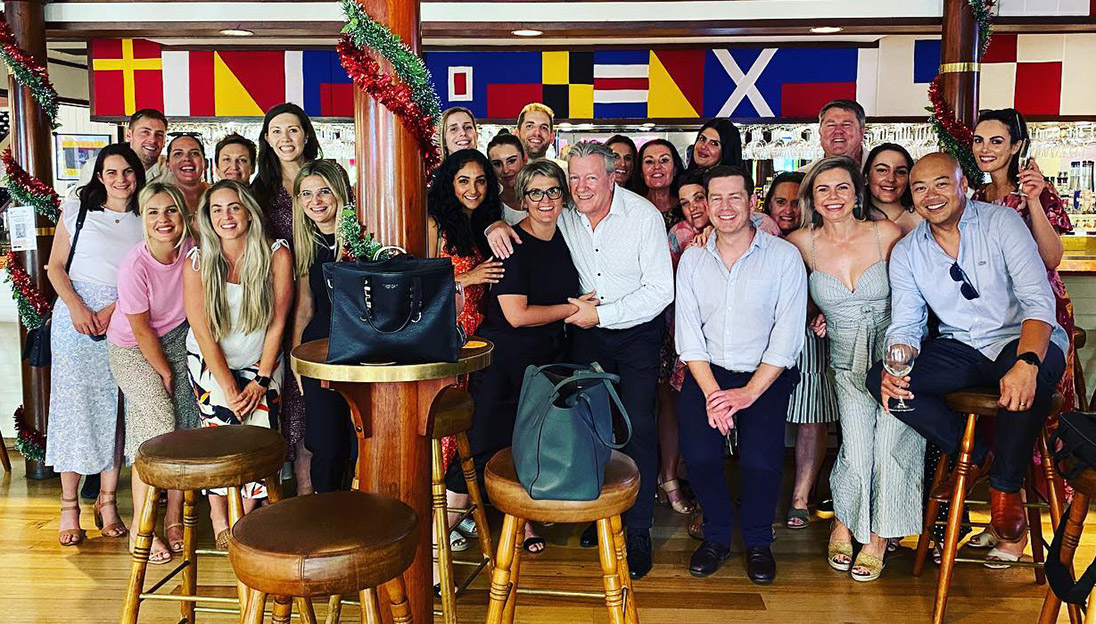 Frederic Bauwens, one of Perth’s longest serving and most well-liked radio sales executives, has retired after nearly 35 years in the Western Australian market.

Bauwens started his radio career at radio station 6KY in 1986 before moving to 6PM in 1988. He then joined the direct sales team 96FM a year later and when agency sales manager Ian Roberts left to go to Fox in Melbourne Bauwens was offered the role.

In 1996 Bauwens changed media and joined Australian Posters in 1996 for for a year and went back to 96fm in 1997 following an offer from Barrie Quick.

An offer from Martin Whittle saw him make his next move to 94.5fm as agency sales manager.

In 2010 he’d had enough of radio and left to work for Switch Homes (part of Pindan) and then on to The West Australian.

Bauwens got back into radio at Southern Cross Austereo, following an offer from Noel Quick in 2014 and announced his retirement mid December.

Bauwens (pictured in centre in white shirt) with work colleagues at at his retirement lunch just before Christmas.