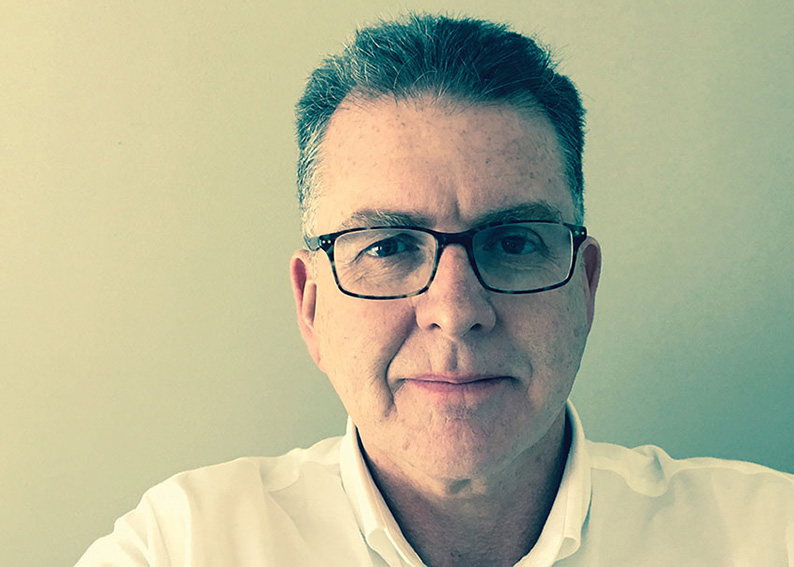 After 21 years at Campaign Brief WA, including the last five as the publisher and editor, Martin Trevaskis has decided to retire.

Martin has been considering retiring for some time but only set a date for it recently. “It’s time!” is his short and sweet statement.

Martin joined Campaign Brief WA in 1999 after four years of freelance writing for the magazine (see story below). Previously he had worked in the account service departments at many of Perth’s top ad agencies of the time, including JMA O&M, Mojo, DMB&B and Bowtell Clarke & Yole. Martin first joined the industry in 1986 after graduating as an Advertising Federation of Australia (AFA) Trainee.

His contribution to the success of Campaign Brief has been immense and he has always been a great supporter and promoter of the local Western Australian industry.

The Perth mag and website comes back under the Campaign Brief Australia/Asia umbrella with Kim Shaw and Michael Lynch as co-publishers.

Advertising queries can be directed to Kaye Guthrie Adonis – kaye@campaignbrief.com

Accounts and admin queries can be directed to Mina Scarfo – perth@campaignbrief.com 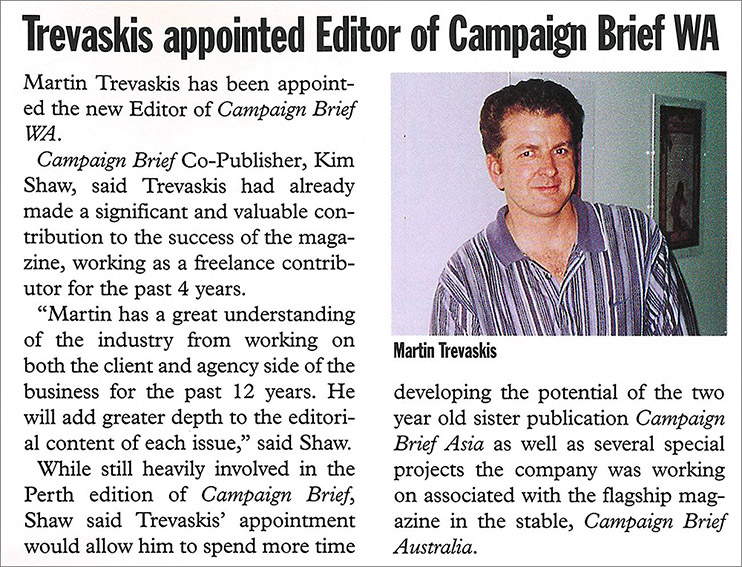