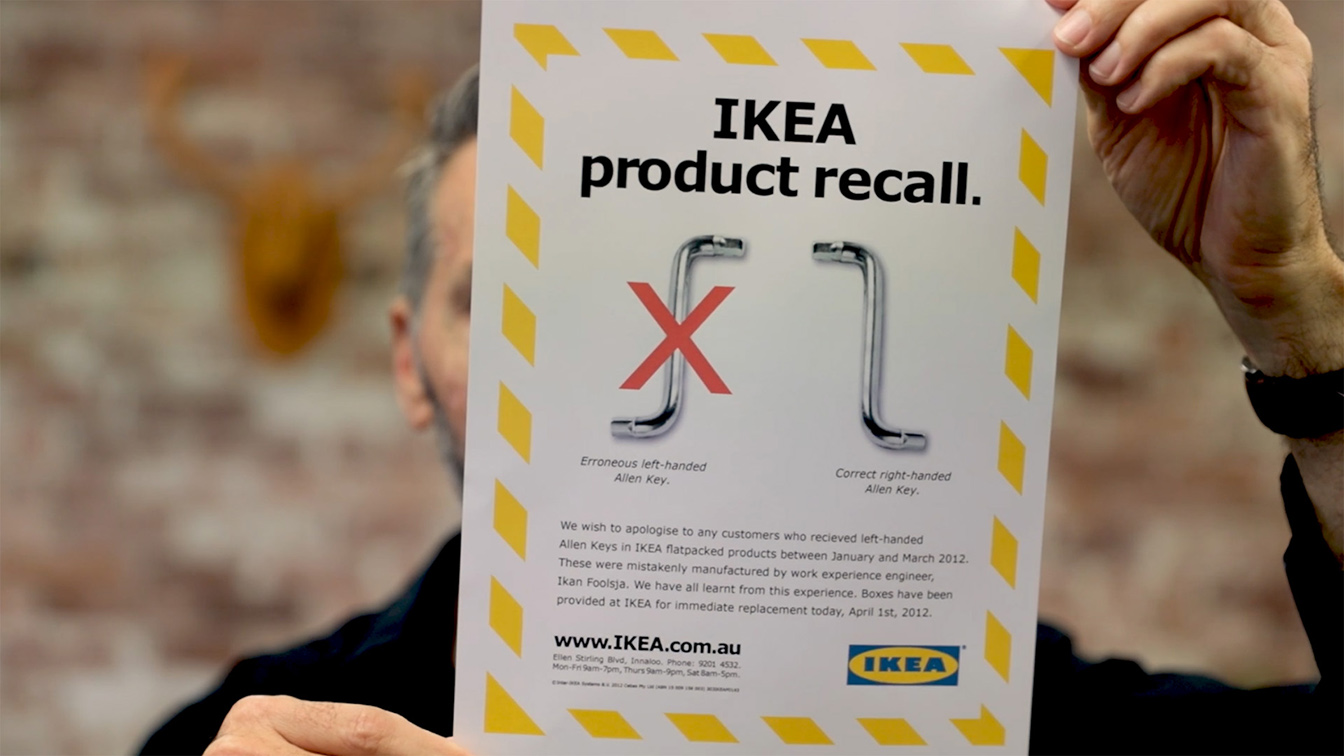 Ten years after Perth creative team, Malcolm MacLean and Ross Dungey, created an April Fools prank for IKEA in Australia, the idea has been rolled out in the Philippines.

In 2012 while working at 303, MacLean and Dungey created a ‘Left-handed Allen Key recall’ press ad for April Fool’s Day, and produced a special returns bin where customers popped a left-handed Allen Key at the top and received a right-handed one at the bottom. (Of course, it was the same key!)

It ran as a press ad in Perth and Adelaide, but got picked up by Reddit and other social media channels to go viral online, all around the world. The local IKEA marketing managers, Nigel Richardson and Natalie Chalmers, were delighted with the publicity.

Now, in 2022, IKEA in the Philippines has run the prank again. All work done for IKEA globally is free to be used in any other country. Natalie Chalmers commented “At IKEA, it’s called stealing with pride.”