Perth Is OK! Nominated for Best Media Platform at the 2022 B&T Awards 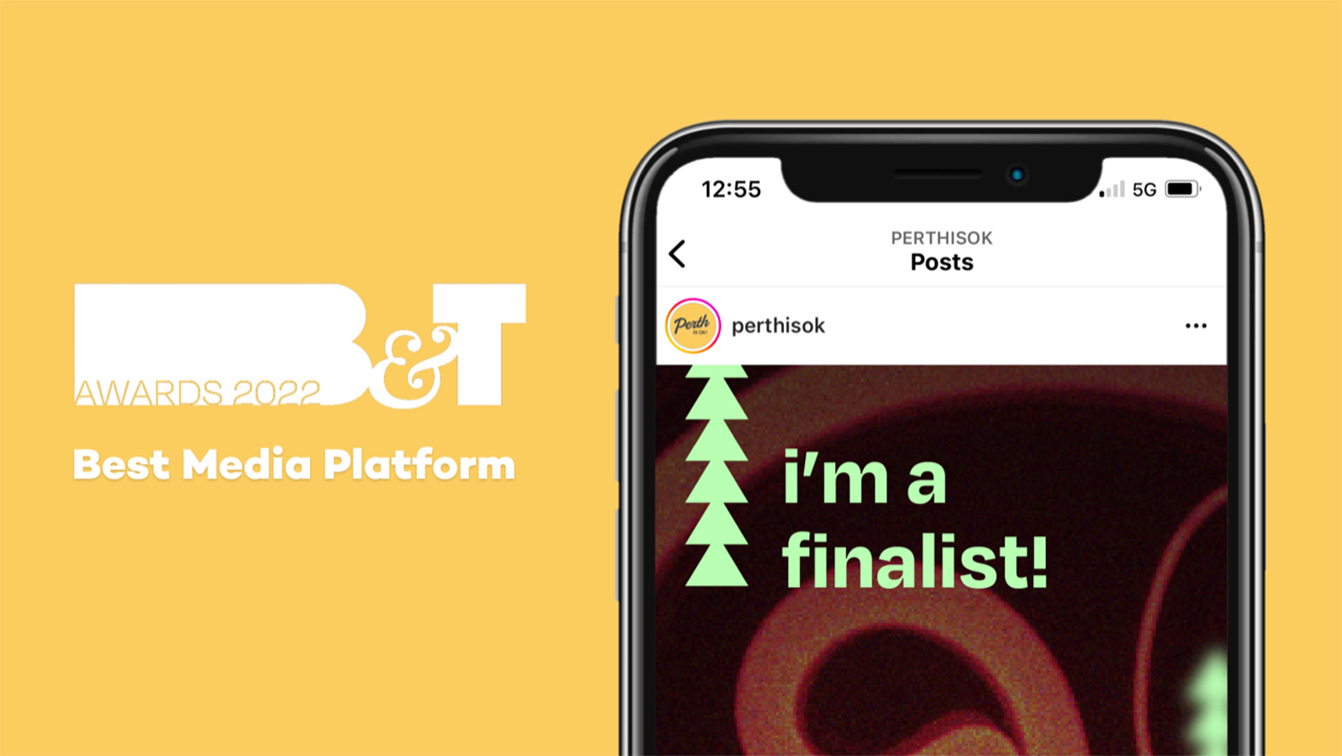 WA-based independent media outlet Perth Is OK! has been nominated for its second national media award in as many months, announced as a finalist in the BEST MEDIA PLATFORM category in this year’s B&T Awards, presented by YouTube.

The awards received over 190 entries this year, with winners to be announced on Friday, 4th November at the Hordern Pavilion in Sydney.

Other nominees in the Media Platform category include Man Of Many, Channel 7 and Broadsheet Media.

Since launching in 2014 Perth Is OK! has grown to include three Instagram channels, Facebook, TikTok and LinkedIn, with a combined total of over 850K followers.

Luke Whelan, Co-founder, said: “It is a great honour for our work to be recognised by B&T, and especially on a national stage alongside such well-respected brands and publications.”