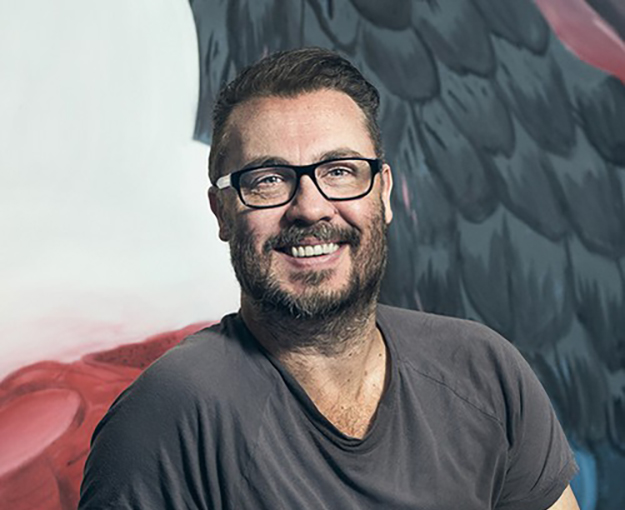 Perth expat creative Reed Collins has been named as a Jury President for this year’s Cannes Lions. Collins is one of the Perth Industry’s most successful exports and is currently Chief Creative Officer of Ogilvy Asia.

Collins will lead the Direct Lions Jury at this year’s Cannes Lions Festival of Creativity.

Collins started his stellar 15 year career on a very early Mac at Campaign Brief in Perth in the early 90s. Following AWARD School, Collins then had casual stints at Shout! and JMA Ogilvy & Mather in Perth before heading to Mojo in Sydney. When Hunt LascarisTBWA Johannesburg founder John Hunt paid a visit to Australia in the mid 90s, Collins (with then partner Richard Bullock, also ex Perth) pestered him for a job, slept outside his hotel room at Sydney’s Park Hyatt hotel, and weeks later the pair headed to South Africa.

After a few very successful years in South Africa, the pair headed to Lowe Howard-Spink London and Cliff Freeman & Partners New York, before Bullock headed to 180 Amsterdam (he’s now directing with Revolver/Will O’Rourke & Hungryman) and Collins to Leo Burnett Chicago, where he rose to executive creative director. He returned to Australia to join The Campaign Palace as national creative director.

Among the many awards in his career, Collins won Gold Lions at Cannes and Best of Show at One Show in 2001 while at Cliff Freeman & Partners, New York for the brilliant Fox Sports campaign. In 2001, he was the most awarded creative in the world according to the Gunn Report. More recently he was named Greater China Creative Person of the Year by Campaign Asia Magazine.

Collins is the second Perth expat creative to earn the honour to serve as a Jury President at Cannes Lions. In 2015 Matt Eastwood, then Worldwide Chief Creative Officer at J Walther Thompson, lead the Promo & Activation Lions jury.