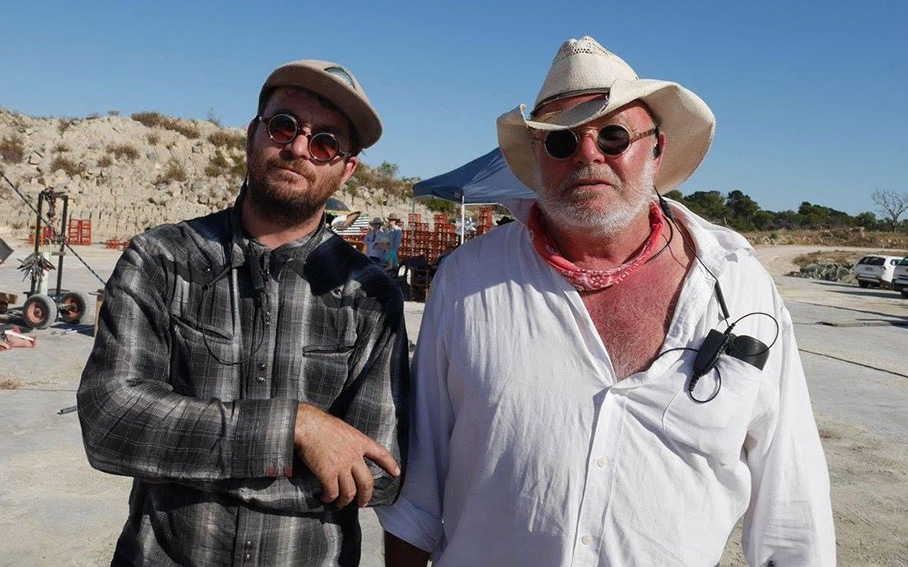 If you’ve worked on a TV commercial shoot in the last 49 years in Perth chances are you’ve worked with Perry Sandow, certainly one of Australia’s most experienced and knowledgeable gaffers and lighting directors. Now, all that lighting experience and his lighting truck are being passed on to Daniel Spriggs and his company The Bureau of Shadows.

“All that Perry knowledge and experience comes newly packaged with a revitalised set of ears and knees,” joked one long time colleague.

Spriggs will now be Perth’s premier lighting director and gaffer. He adds his many and varied creative talents to the role of gaffer after studying electronic arts and sculpture at art school, as a prolific photographer, collaborating on short films, music videos, mastering the Shakuhachi Japanese flute and currently playing in the Selfless Orchestra.

More recently, Spriggs has worked on Rob Connolly’s Blueback, Rene Webster’s How to Please a Woman and Jub Cleric’s Sweet As.

“Working on features exposes me to the cream of cinematographers from around the country”.

“As well as bringing the technical aspects of lighting to the table, my art school background has made me attuned to aesthetics and conceptual storytelling as well as the importance of backstory and context to what we are creating,” said Spriggs.

“And that experience benefits the advertising industry.”

Spriggs has worked for many of our local production companies including Open Spaces, Sandbox, King Street and Beautiful Pictures.

With The Bureau of Shadows, Spriggs is planning to introduce new equipment and gear up for the new studios in Perth.

The narrative of Sandow’s involvement in film and television goes back to working in the news room at Channel Nine. From there he worked on the stables of TV – quiz shows and current affairs – but, after working on a tele movie, he moved into drama production.

His introduction to commercial film was with Allan Richards at Viz-Ad and Kevin Wiggins at Total Productions, names that only the grey-haired will know.

“When I set up Perry Film & TV Lighting (PFTVL), the industry was far more fluid and informal, your name was the ticket to the next gig. Film required skill and experience with little opportunity for post production to save it.

“Very quickly, I was working seven days a week for several decades and that became the norm,” Sandow reminisces.

Like many local crew, Sandow spent several years in the 90’s in Asia where budgets were far more generous and where he was immersed in big budgets and big crews putting ads into China Vietnam, Philippines, Hong Kong, Indonesia, Malaysia and Singapore and which set him up for working on features.

“I loved the medium of working in Motion Picture. You had such control and for much of that time there was no video split, so directors directed, cameramen shot and gaffers lit. There was no direction by committee. Writers, art directors, clients and agencies trusted us. For me, that meant I needed to have a thorough understand of lens and know how to visualise.”

“I love the industry, it’s given me so much and, hopefully, people feel that I have made a worthy contribution to Perth production.”