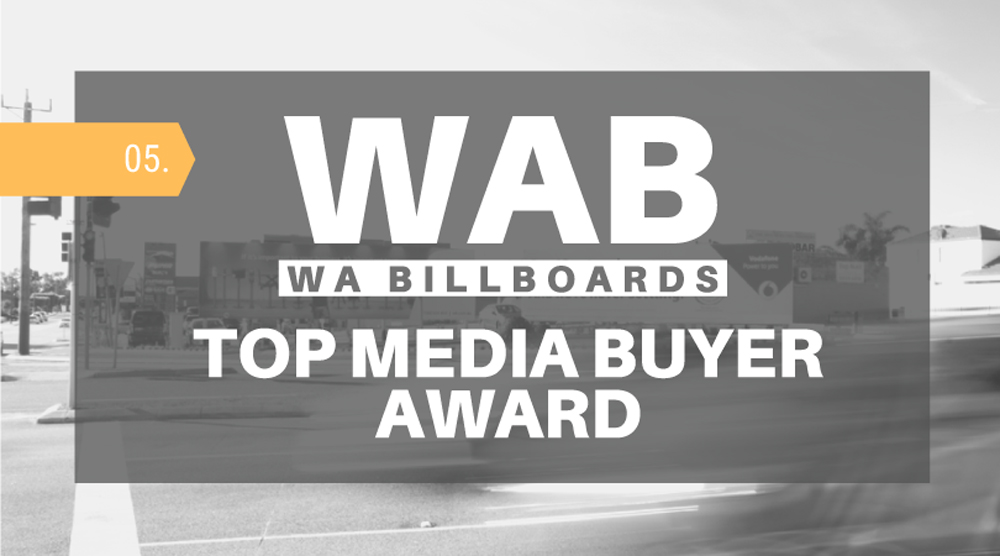 As we approach the middle of the year WA Billboards are thrilled to announce Initiative’s Paige English as the first prize recipient of their Top Media Buyer Award for March – April.

English successfully established herself in the top spot with an impressive regional billboard contract, followed by Andy Bell from Andy Bell Advertising and Astrida Rumbens from Carat.

“Congratulations Paige on winning our second round of awards for 2019” said WAB Director Steve Robinson. “We maintain a strong relationship with the folks at Initiative and appreciate their continuing support.”

This is the fifth round of awards carried out by WAB, which were created to acknowledge the media buyers of Perth for their hard work and support. Look out for round six which will be presented in June.